Obviously never one to let the grass grow under his feet, this latest review request comes from John A. Heldt, an author, who just a couple of years ago, was promoting his debut novel. Some five books later, the Northwest Passage series is done and dusted, and he has now started work on a second series of five books, which will be known collectively as the American Journey series. I really must try to persuade John to stop by ‘Meet The Authors’ with a guest post sometime. Any author who can conceive, commit to paper and publish an entire series that quickly and with such success, must surely have a story to tell!

When unemployed San Francisco reporter Chuck Townsend and his college-dropout son, Justin, take a cruise to Mexico in 2016, each hopes to rebuild a relationship after years of estrangement. But they find more than common ground aboard the ship. They meet a mysterious lecturer who touts the possibilities of time travel.

Within days, Chuck and Justin find themselves in 1900, riding a train to Texas, intent on preventing a distant uncle from being hanged for a crime he did not commit. Their quick trip to Galveston, however, becomes long and complicated when they wrangle with business rivals and fall for two beautiful librarians on the eve of a hurricane that will destroy the city.

Filled with humor, history, romance, and heartbreak, September Sky follows two directionless souls on the adventure of a lifetime as they try to make peace with the past, find new purpose, and grapple with the knowledge of things to come. 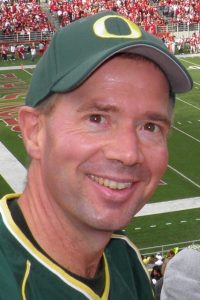 John A. Heldt is a product of the Pacific Northwest. Born in Portland, Oregon, he grew up in the suburbs and small towns of Oregon and Washington, as the third oldest of six children.

John turned to novel writing in 2011 when, inspired by the success of a college friend, the romance novelist Maureen Driscoll, he wrote The Mine, which was destined to become the first episode of the hugely successful, five part Northwest Passage series.

Catch up with John’s blog posts at his website 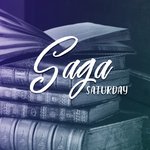