Today it is my pleasure to host the blog tour spot for ‘The Trophy Taker’ by Sarah Flint, so thanks to the lovely Yasemin Turan from Aria Publishing for all the general info. (all the blog tour stops can be found in the banner at the end of this post), and to Sarah herself for writing this great guest post feature …

He keeps each floating in Formaldehyde to stop them from rotting. Each finger denotes a victim, tortured and butchered, their heart ripped out and discarded, replaced instead by symbols of their treachery. He sits alone admiring his trophies weekly; each and everyone of them guilty in his eyes. And now more must pay.

But who or what links the victims?

DC ‘Charlie’ Stafford is already investigating a series of escalating racist attacks and it now seems she has a vicious serial killer on her patch. With no leads and time running out, the team at Lambeth are at near breaking point.

Something has to give… and all the while he’s watching, waiting… and counting.

Hi! I am SARAH FLINT 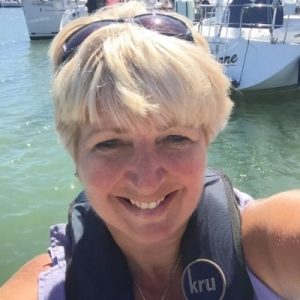 I continue to work and live in London with my partner and I have three older daughters.

Real life is easy to write about; infinitely harder to witness. The process of writing is quiet, sanitary and painless, it doesn’t scream in agony and it isn’t lying on the concrete covered in blood. Once written, the writer moves on; there is no need for their mind to recall over and over what they have just described. Real victims, real situations and real suspects can stay with you forever.

As a police officer I dealt with shifting situations and innumerable people on a daily basis and witnessed the best and worst of humanity. I watched countless doors kicked down and stormed into many buildings and dwellings; never knowing what would be encountered. Sometimes we were met with resistance, sometimes compliance, sometimes there was nothing found, but on a few occasions there was an Aladdin’s Cave of drugs, counterfeit goods or stolen property.  On every occasion however, the pulse rate quickened and the adrenalin flowed.

This is what, as a writer I want my reader to feel. I want their hearts to race as they turn each page and I want them to stand at the door and experience the fear, exhilaration, laughter, frustration, monotony, camaraderie and sometimes the horror of day-to-day policing. Thankfully London is not overrun with serial killers, they are all in my rather inventive imagination, but much of ‘The Trophy Taker’ is based on real life experiences. I have dealt with innocent people going about their daily business, robbed for little or nothing and subjected to totally disproportionate violence; and I have seen the fear engendered by the attack and the way it can affect them for the rest of their lives. I wanted every one of those victims to obtain justice. In real life they often don’t. In my writing, Charlie and Hunter can ensure they do. It is my way of doing what most police officers strive for.

I love Charlie and Hunter because to me they are real life. I have worked with them, socialised with them and watched them as they attempt to do the right thing, before going home to their families to try to forget. Indeed, I have worked with Paul, Bet, Naz and Sabira too. Yes, each has their issues, they all make mistakes; sometimes they are happy, sometimes bad-tempered, sometimes low. None of them are perfect but together they support each other and try to assist the numerous victims who need their help.

Fiction allows me to become the superhero every police officer wishes they could be. It allows me to exaggerate the worst of the villains and the best of those fighting crime. When reading, nobody wants their heroes to be average or their murderers half-hearted. In real life, however the villains and the coppers are often ordinary. Serial killers, like I said, thankfully are a rare breed and police, for many reasons, probably fail more than they succeed. Unfortunately my victims are often only too real. 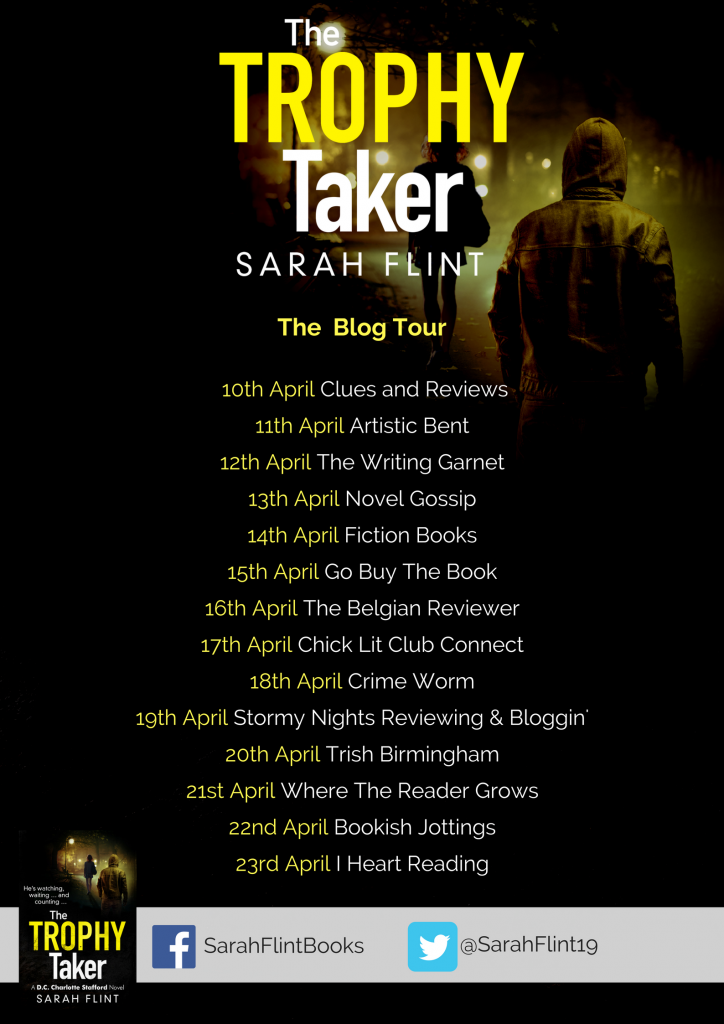