Another big ‘Thank You’ to the lovely Melanie at Aria Fiction, for inviting me on this Blog Tour.

I was pleased to have been included on the tours of Missing and Hunted, the first two books in the ‘Police Commissioner Sensi’ series and it is good to see, from the many positive ratings and reviews, that the storylines have evolved and developed in such a good way. 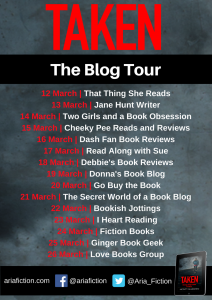 A gripping thriller full of twists you won’t see coming … The next serial killer read from the author of ‘Missing’ and ‘Hunted’. Perfect for the fans of Angela Marsons and Jeffrey Deaver.

Dr Claps, devastated and guilt-ridden by Greta’s death has been on a man-hunt for Riondino ever since.

Meanwhile, an American girl disappears on the 382nd step of the Cerro trail in Guayaquil, Ecuador.

No one saw her disappear. Who took her? And how?

When the US authorities contact Claps, he is certain that it must be Riordino. But, unlike Riondino’s other victims, the girl has disappeared into thin air…

Will Claps solve the puzzle, or will he lose his mind in the process, blinded by his own obsession? 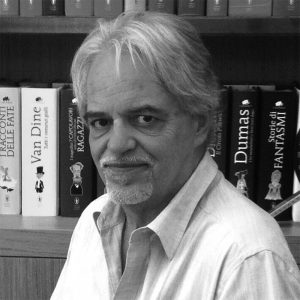 Monty is a Tuscan by birth, growing up in Milan, where he studied medicine and where he still works.

He began writing just for fun some 16 years ago, although he has had a passion for literature and an admiration for many authors, since he was a child. He has been writing more regularly for about the last seven years.

He currently live in the province of Bergamo, with his wife and four children.

Aria Fiction and Monty Marsden would like me to share this short extract from ‘Taken’, as my contribution to the Blog Tour. These lines are taken from Chapter One of the book … although there are also some very intriguing preface lines which I may share in a separate post!

The Alitalia Boeing 747 had begun its final descent to Hartsfield International in Atlanta a few minutes earlier.

The passenger looked out from the window at the sea of white clouds below obscuring the ground. He had left Milan Malpensa over ten hours earlier after having exchanged a final email with the United States the day before. During the long intercontinental flight he hadn’t slept for a single minute, nor eaten or drunk anything, or looked at a book or a magazine. He had sat motionless, locked inside his thoughts and waiting for the journey to end. When, with a little turbulence, the Boeing began to pass through the clouds and for about fifteen seconds everything disappeared into a thick fog, he began to feel anxious. Or rather, he began to feel the vague fear that came over him with every take off and every landing. He could see the ground beneath him now. Green fields and trees broken up by roads and tracts of houses that became increasingly clear as the plane lost altitude. The sun and the blue sky above the clouds had vanished, replaced by rain, the real intensity of which he couldn’t assess.

The vibration of the undercarriage being lowered increased his anxiety.

The plane banked gently one last time to align itself with the runway, and the passenger closed his eyes and waited for the aircraft to make contact with the ground.

He finally reopened them and breathed a sigh of relief only when the reverse thrust of the jets was already slowing the Boeing’s progress along the tarmac.

As the plane taxied slowly along before eventually coming to a halt, he adjusted his watch to local time. 15:26: two minutes before the scheduled landing time …

Not long now and he would know if the journey had actually been worth making.

“He’d always been one step ahead of us. Always, right up until that last damn day.”

After several days of intense cold, it was unusually mild in Milan that evening. Commissioner Sensi and dottoressa Manara, the director of the LABANOF – the Forensic Anthropology and Dentistry Laboratory – sat in a crowded bar in the navigli area, a glass of Lagavulin on the table in front of each of them.

It had been two years and two months since Giacomo Riondino had disappeared, leaving behind him the charred corpses of his accomplice and of Greta Alfieri, and this was the first time since then that Sensi had talked to anyone about the whole atrocious story.

Two years during which Sensi had never forgiven himself for letting the man escape when he thought he’d him in his grip, for not having saved Greta, and above all for not managing, during all that intense manhunt, to underst and to see what was right in front of his face and would have allowed him to stop Riondino before he’d left that trail of blood behind him.

The commissioner took a deep breath. “He always knew that sooner or later we’d catch up with him, but he had a plan, and every time we took a step forward, he’d already taken one himself.” Sensi hesitated a moment before concluding bitterly, “We’ve only got ourselves to blame. We always gave him enough time to make that step.”

“You did nearly catch him, though,” said Manara.

“Yeah…” said Sensi, lowering his eyes. “But only after he had killed eight more people in the space of a few days.” He took another sip of his whiskey before continuing. “We discovered that he had an accomplice who had been helping him – first to escape from the institution he was transferred to from the high security psychiatric hospital, then to find a safe hiding place in the city. An accomplice we’d had right in front of us from the start but hadn’t managed to pick up in time. Anyway, the long and short of it is that we discovered he was hiding Riondino and that he was holding Greta Alfieri hostage there.”

“Were you and Greta close?” asked Manara.

“Nowhere near as close as she and Claps were…” replied Sensi slowly, emphasising each word. “There’d been a very deep bond between them since the time he’d saved her life.” He took another small sip. “Claps was with me that night when we all went over there. But Riondino had already gone. It was probably only a matter of minutes, but we missed him. The house was empty and the accomplice’s car had disappeared. It was sighted in Como less than an hour later, with Riondino at the wheel and Greta lying on the back seat as though she were sleeping.”

“She was already dead …” remarked Cristina Manara sadly. “When I did the autopsy I didn’t find any trace of smoke in her lungs.”

Sensi just nodded and turned his eyes away before continuing. “The sighting wasn’t coincidental: Riondino wanted to be recognised. He planned it all out. He stopped at a petrol station and only set off again when he was certain that the manager had recognised him and seen Greta apparently sleeping on the back seat. With cars already on his tail, he took a back road that went through the hills to Switzerland. A narrow road, full of bends, and the tarmac was slippery from the rain. It was pouring down that night.” Sensi stopped for a moment to suppress the wave of emotion the memories were evidently causing. “He was carrying the corpse of the accomplice he had killed only a few hours earlier in the boot. He fastened him into the driving seat and pushed the car off a cliff, making it look like they’d gone off the road, and then he set fire to the car. After that, all he had to do was walk across the border.” Another brief pause, another deep breath. “When we arrived, we found the two carbonised bodies, and we had no reason to think that the corpse at the wheel wasn’t Riondino … We only found out thirty-six hours later, thanks to you, when you did the autopsies. By which time it was too late.” Sensi’s voice seemed no longer able to hold back his anger. “Always one step ahead of us …”

Always write with passion; with your mind and with your heart. Never forget who you are writing for, but don’t write just to get your reader’s approval.