Given the strange times in which we are living right now, authors, publishers and publicists alike, are all suffering like the rest of us!

So few new books are being presented to market right now, that publishers such as Head of Zeus, one of my regular ‘go to’ sites and Midas PR, one of their associate PR companies, deserve all the support they can get, as of course do all those lovely authors out there, who keep on writing for our entertainment, regardless!

Dedicated book / reader social platforms, are all also trying their utmost to promote and sustain interest in as many books as possible during the emergency, including one of my favourites, NetGalley.

Whilst this particular book may be a little outside of my usual reading genres, I was intrigued by both the mix of fact with fiction, and that it is set in a location which is also new to my reading!

My Blog Tour date is yet to be confirmed, however it is on a review only basis and should be sometime within the first two weeks of June!

THE INTERPRETER FROM JAVA

Arto Nolan is the father’s name; his son Alan strives to overcome his loathing and comprehend the man who abused him and beat his mother.

His father spent his evenings typing on his Remington. Later, Alan discovers his father had been working on his memoirs. He reads about Arto’s ruthless work as an interpreter who not only translated but also led interrogations, tortured prisoners, and did not hesitate to murder.

Arto’s passages are chilling in their detachment. He first describes how he was abused as a child by his own father. He later became an assassin. At first his targets were Japanese; after the occupation ended, he murdered Indonesians in the service of the Dutch, without question. The source of his loyalty to his overlords, from a country he had never seen, remains a mystery.

In this unsparing family history, Birney exposes a crucial chapter in Dutch and European history that was deliberately concealed behind the ideological facade of postwar optimism. Readers of this superb novel will find that it reverberates long afterwards in their memory. 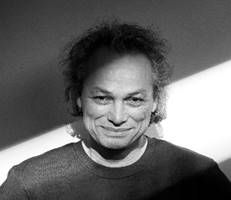 Alfred Birney (1951) is the author of an oeuvre of largely autobiographical fiction and non-fiction, in which his family’s Dutch-Indies history often plays a central role.

His debut novel, Tamara’s Lunapark was published in 1987 and he edited a voluminous anthology of literary fiction from the Dutch East Indies in 1998.

Two of Alfred’s most important novels, Birds Around A Woman, 1991 and The Innocence of a Fish, 1995 were translated and published in Indonesia. In them he writes about his youth, dominated by his father, and the years he had to spend at boarding school.

For The Interpreter From Java, his most recent novel, where he describes both his parents’ histories and the impact their lives had on his own, considered to be his magnum opus, he was awarded the Libris Literature Prize and the Henriëtte Roland Holst Prize.

Alfred lives in the Netherlands.