‘Who I Am’ by Sarah Simpson – The Blog Tour 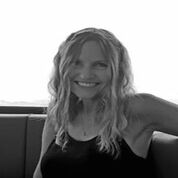 Just a few short months ago, I featured author Sarah Simpson and took part in the Blog Tour to promote her debut novel Her Greatest Mistake. Such was the acclaim for the book, that Who I Am has appeared hot on its heels and is already attracting some amazing ratings and reviews.

Aria Fiction have arranged a very extensive Blog Tour for Who I Am, so why not stop by a few of the other participants, where there are sure to be some excellent reviews, extracts and Guest Posts to share. As always, thanks also go out to NetGalley for their seamless download service. 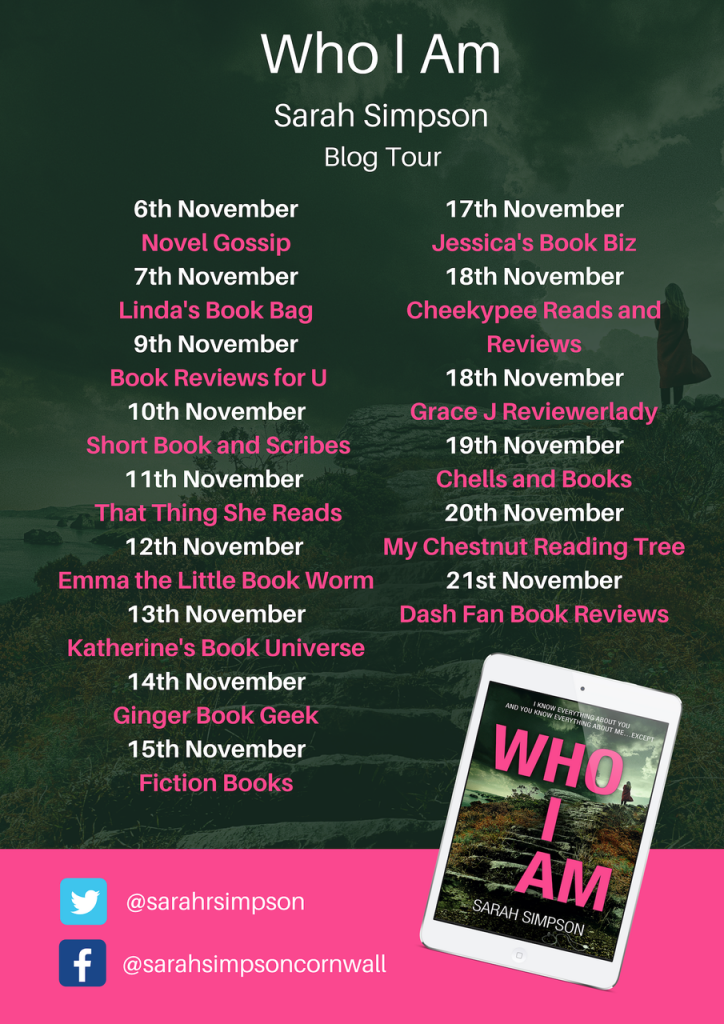 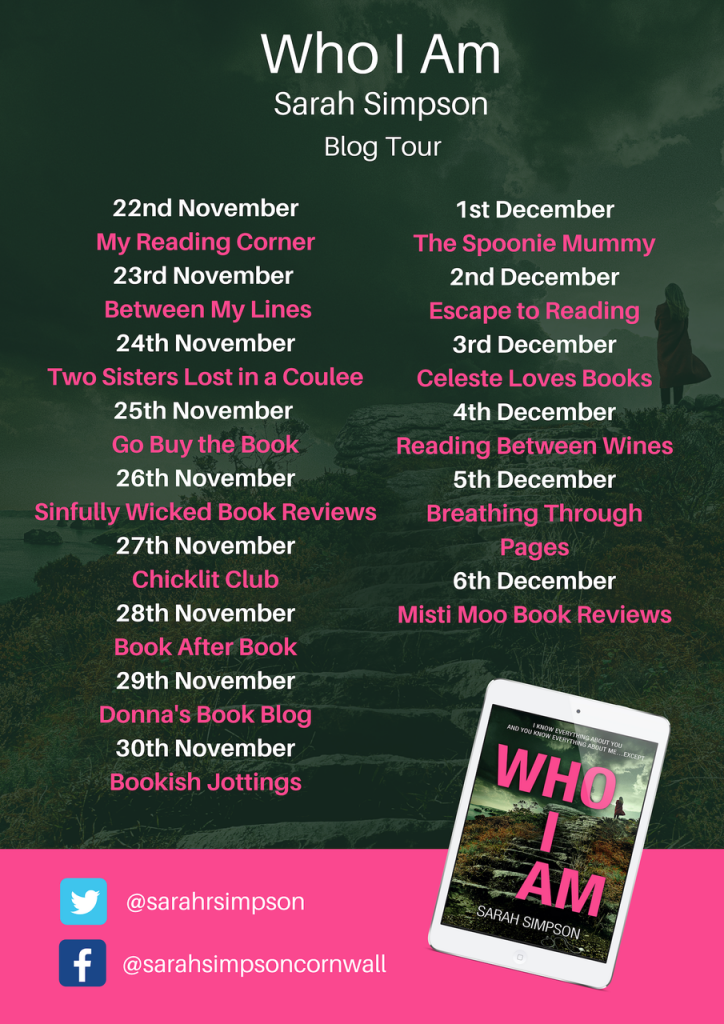 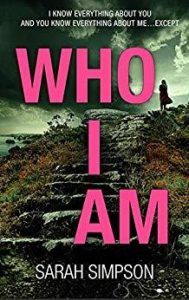 I know everything about you

And you know everything about me… except

Andi met Camilla at university. Instantly best friends, they shared everything together. Until their long-planned graduation celebration ends in tragedy…

Years later, Andi is living a seemingly perfect life on the rugged Cornish Coast with her loving husband, happy children and dream home. Yet Andi is haunted by a secret she thought only she knew.

Someone out there is bringing Andi’s deepest fears to life. And she knows there’s no escaping the past that has come back to haunt her…

You trusted me with your secrets, you told me everything, you thought I was your best friend… but you have no idea WHO I AM.

I have a first-class honours degree in Psychology and have worked in a neuro-psychology department at a Brain Rehabilitation Hospital.

When I first graduated, I formed a mental health consultancy and worked as a psychologist within the family court system of Warwickshire and Oxfordshire.

Three years ago I moved to beautiful Cornwall, with my husband and three children, and now run my own practice in Truro. 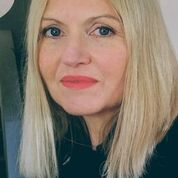 As my spot on the Blog Tour, Aria Fiction and Sarah Simpson, have requested that I share this commentary post about…

I sometimes look in to her eyes

A borrowed glimpse of a charmed life

As through the windows to my world

There sits – only loneliness and tormented strife.

Still, something even more strange

At least this is how it seems

When others look in to my eyes

They only grasp a life of spirit and dreams.

Who I Am is a psychological thriller involving sensitive issues, such as alcoholism, underscoring it’s far reaching consequences. Reflecting, how done deeds whether pronounced or not, will always stalk the conscience. Greed, resentment, resolve and retribution. The story is told through the eyes of two contrarily strong female protagonists.

Camilla, is nineteen, living amongst the grimiest of streets on an Edinburgh council homed street. Born to alcoholic parents, she dragged herself into the formative teenage years. Camilla hates her life, more than her life hates her, her roots make her curl and cringe, she desperately seeks change. More than change, she desires the high life. There is nothing she is unwilling to manipulate and execute to achieve this.

Andi, is also nineteen and is the daughter of affluence and propriety. On paper, she has it all. Loved dearly by her family. With opportunities and means in abundance, and guidance tumbling out of her pockets. But Andi longs for self-determination, spontaneity, independence and a life void of expectations.

According to Andi, the two first meet by chance, towards the end of the second year at Edinburgh University. Although, Camilla would contend, chance is merely an illusion for those that can afford it, so she forced the hand of their encounter. Andi was more of a disposed sitting target as she falls for the woeful tales carefully spun by Camilla.

The chapter’s flow between the two disparate perspectives, roaming between two time periods, Edinburgh in 1999 and 2017, and Cornwall in 2017. The relationship develops during the university days, and at the same time we gain access to their lives as they both clamber towards the 40th birthday milestone. Camilla, is overseeing her bistro in Edinburgh, her life clearly has seeping holes. Andi, is a features writer in Cornwall, married to a successful suiter, with two children. But something is troubling her, as she senses the shadow of her past creeping around her, she increasingly seeks solace from a bottle, despite the awkward consequences. Her marriage becomes strained, even her children begin to whisper, her best friend begins to wonder.

The story builds between the two once close, now distant friends. Slowly, again Camilla crawls closer and closer into the life of Andi, as Andi battles with alcoholism and consequential paranoia. Wondering if the intensifying twists and turns of her fragile life are victims of her imagination or linked to something more sinister. Caught in the web of deceit, unable to share what she clutches deep in her subconscious. Unable to share the shocking truthful events of the night at the graduation party. Multiple layers of lies, threaten devastating ramifications for her family and her career. She doesn’t even know who she is anymore.