Another Blog Tour brought to you courtesy of the team from Head of Zeus publishers and their partners in crime at NetGalley, without whom things just wouldn’t be the same.

As you can see by the schedule below, I shall be joining this tour right near to its end, so why not check out some of the earlier posts for more extracts from the book, guest posts and interviews with author Rachael Blok.

Loving this dramatic and brooding cover art too! 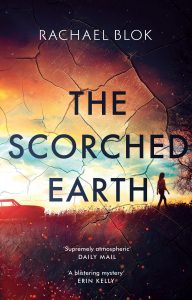 Two years ago, Ben Fenton went camping with his brother Leo. It was the last time they ever saw each other. By the end of that fateful trip, Leo had disappeared, and Ben had been arrested for his murder.

Ben’s girlfriend Ana Seabrook has always protested his innocence. Now, on the hottest day of 2018’s sweltering heat wave, she receives a phone call from the police. Leo’s body has been found, in a freshly dug grave in her own local churchyard. How did it get there? Who really killed him?

St Albans police, led by DCI Jansen, are soon unpicking a web of lies that shimmers beneath the surface of Ana’s well-kept village. But as tensions mount, and the tight-knit community begins to unravel, Ana realises that if she wants to absolve her boyfriend, she must unearth the truth alone. 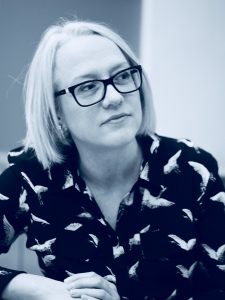 Rachael Blok grew up in Durham and studied Literature at Warwick University.

She taught English at a London comprehensive and is now a full-time writer, living in Hertfordshire with her husband and children.

Her crime series is set in the cathedral city of St Albans.

Here, Maarten Jansen struggles against his plain-speaking Dutch upbringing when faced with the seemingly polite world of the picturesque city.

Check out all her latest news at Rachael’s website

“I’m constantly surprised how differently stories turn out on paper than in their original planning. Fiction has a life of its own.”

“If you want to write a book you need to write. Actually sit down and try to do a little bit as often as possible. You’ll be amazed how quickly a few hundred words becomes a few thousand. Try to commit to a piece of time that works for you.”

“If you want this to be your job rather than a hobby then you need to write a book that people will buy, but your first book might not be the one. You need to stick with it. It takes some writers years to get published. You need to keep chugging away, and keep doing the best job you can do.”

“Here’s the water you asked for, sir.”

Sunny is by Maarten’s side, passing out paper cups to an already overheated team. Adrika kneels in the dirt. It’s brittle and crumbling, despite the storm.

The graveyard lies in an arc in front of the Palladian church. Nicknamed ‘the temple’ by the locals, its pillars maintain their cold against the burn of the sun; surrounded by the flurry of the crime scene, already sweating. Fingers hot in plastic gloves; equipment slippery to oily hands.

“Adrika, drink. It’s hot. Only getting hotter.” The heat has crawled under his skin and it’s barely 9.30 a.m.; the call centre had received a 101 call around 5 a.m., from a runner who had seen the grave. He was on the committee for the temple and graves here are fought for tooth and nail. His tone had been outraged rather than concerned: “…and they think they can just bury anyone they like…”

Niamh had been in charge of the call centre and had set in motion the crime scene. She’d called him personally. “Sorry, Maarten, but so many are on holiday, and the SIO on call this morning has come down with food poisoning after last night’s curry. Is there someone else I should call?”

Adrika, newly promoted to DI, could have run it. But it would be her first one. He’d planned to begin and then step back; she’s assisted as SIO previously and there didn’t seem to be any immediate threat involved.

She steps forward, just off the phone. “Forensics are set up and have finished the area sweep. They’re going to start the body evacuation now.”

Maarten nods, wincing. The runner had kicked back some of the fresh dirt that morning when he’d seen the mound of earth. Part of a skeleton had appeared. It had been the size of the mound and the length of bone that had led the PC, first on site, to raise the status to SOCO. It’s not unheard of for some people to bury their pets in graveyards. But the unearthed suspected human bone had killed that theory.

“Let me know when the pathologist is doing the first look,’ he says.”

“Only a skeleton, so it’ll be tricky to tell much. Takes a month, doesn’t it, for the flesh to start to decay?’ Adrika looks over to where the ground has been divided into grids. A tent has been set up. ‘They seem to be taking longer today.”

“No immediate threat of rain, so the DNA is fairly stable. And it’s even hotter. Come on, I can see Robyn. She must be on today.” He heads over to the grave, swallowing bile. Decomposition: autolysis, bloat, active decay, skeletonisation. He knows the stages, but discussing the disintegration of once warm flesh… The sense of death lies in the heat heavily, not dispersing. Decay is dense in the thick air.

It’s buried quite deep, given the hardness of the ground. About half a foot.

Pausing, he hunkers down , prodding the earth with his fingers. “It must have been a difficult job,” he says. He’s far enough away from the site to avoid contamination, and he scratches the earth with his fingernail, feeling his nail pull back, against the pink skin. His hands are raw with blisters from a bike ride at the weekend. The heat creates friction everywhere. “Someone wanted it buried here, knowing we’d just dig it straight up. A lot of effort.”

“How long do you think it took them, to dig the hole?” Adrika asks, only half aloud. “Maybe there was more than one?” 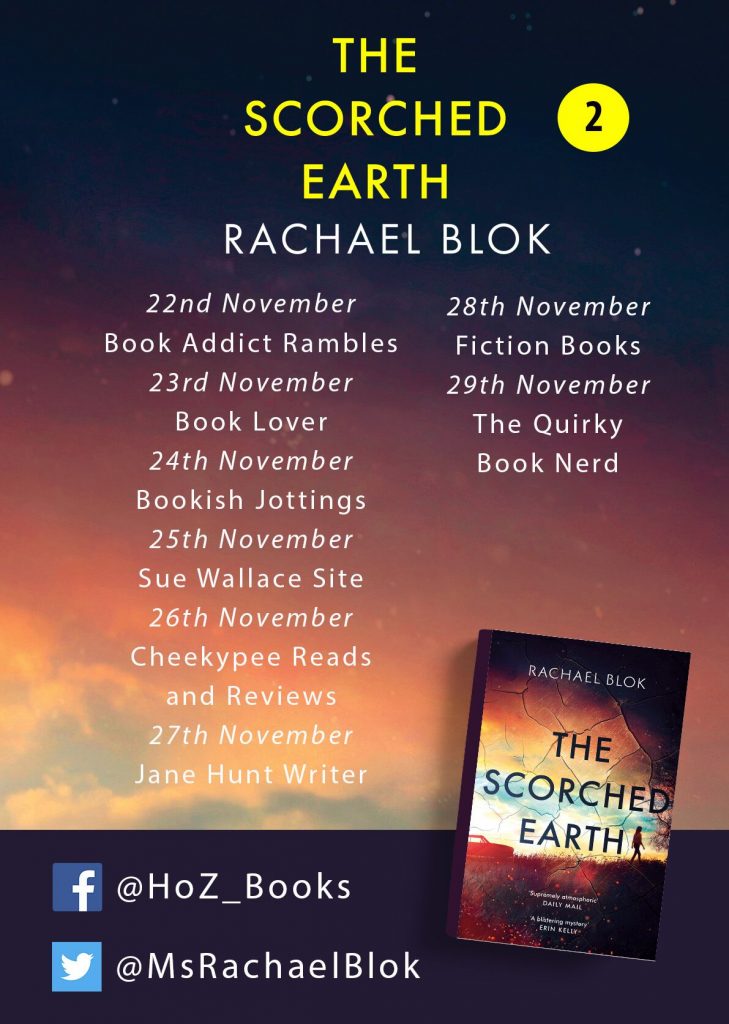 Written by Yvonne
6 comments
‘The Beach House’
By P.R. Black
Cover Reveal
FacebookTwitter
In conversation with…
Chad Zunker, author of
‘An Equal Justice’