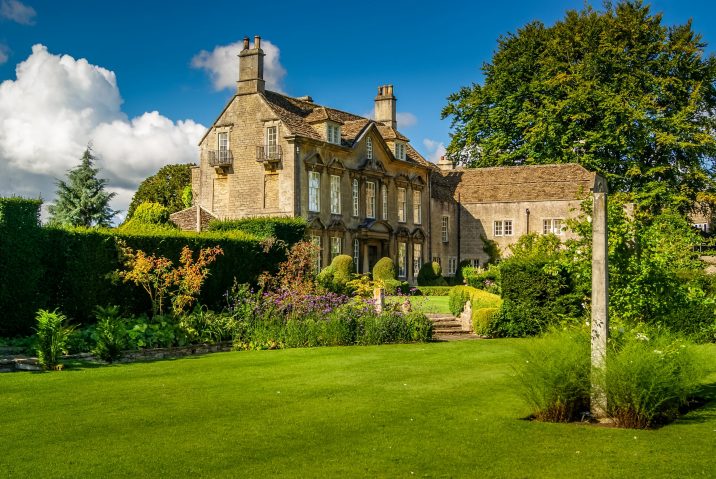 The National Trust describes ‘The Courts Garden’ as a delightful English country garden and one of Wiltshire’s best-kept secrets. We have to agree… The Courts Garden is right on the English Countryside’s doorstep but this was our first visit.

A wonderful mixture of topiary, water garden, orchard, and arboretum, with beautiful lawns and English country garden borders, carefully designed to provide an interesting perspective and unexpected vistas at every turn.

Set in approximately 7.5 acres the original grounds and house were associated with a cloth mill, although The Courts Garden was only laid out in around 1901 when the mill was finally pulled down.

Sir George Hastings laid the original garden framework and subsequently Lady Cecile Goff who lived in the house in the 1920s expanded on his designs, whilst her daughter, Moyra Goff enhanced the Arboretum. Since the 1930’s the primary layout has stayed the same and provides visitors with a marvelous example of English garden history.

The Courts Garden has many aspects that will appeal to garden history buffs, plant lovers, and practical gardeners, but for me, there were two elements that would draw me back for multiple visits…

The tranquil spots in which to ‘plant’ yourself on one of the numerous benches and perhaps become engrossed in a good book whilst indulging in the luscious atmosphere and beautiful surroundings.

The orchard – when we visited the apples were just approaching their best and grand they looked for sure. A superb range of scrumptious crunchy apples just waiting to be picked… Alas, it was not to be -my hand firmly rapped by ‘her indoors’ as I stretched for the perfectly formed fruit just drifting softly in the breeze.

The Courts Garden has a privately run tea room beyond the house and we thought we would give it a try. It easily matched any National Trust establishment and provided attentive and pleasant service. The cutlery, crockery, and utensils were immaculate as catering operations go, (the first thing my partner checks) and the menu provided a good choice of fresh food and beautiful deserts. We would give it a five-star rating for the service, food choice, and quality, although the tables were a little close together.

For us -Caen Hill Locks, a flight of twenty-nine locks with a rise of 237 feet and located between Rowde and Devizes in Wiltshire was our next stop… 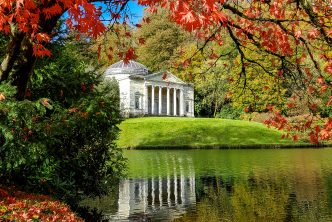 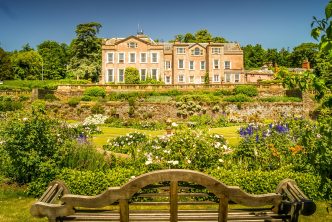 Sep09
Out and About