Thanks once again go out to the lovely Sarah, representing publisher Bookouture, for including me in this ‘Books on Tour’ outing.

Thanks also to the great team at NetGalley, who always make the downloads so seamless to acquire. 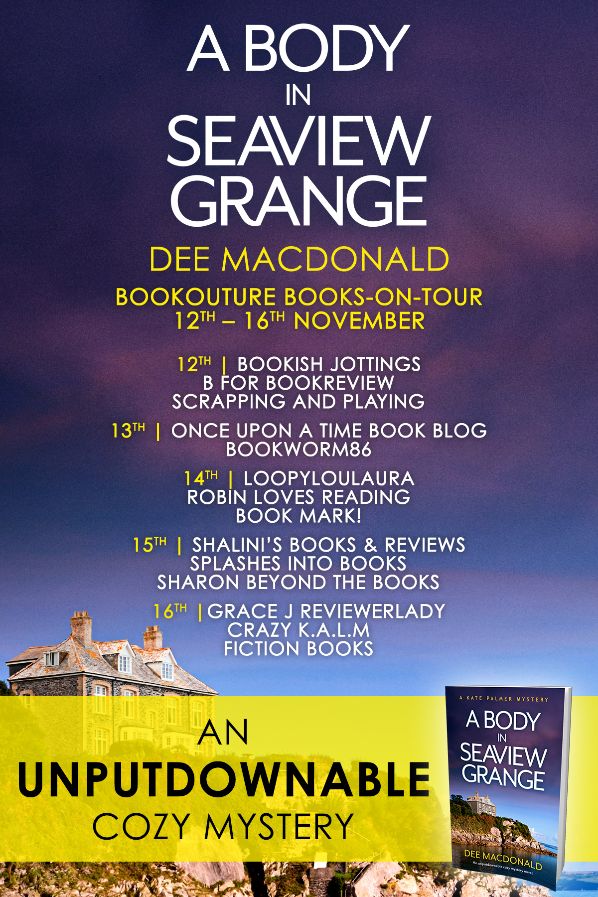 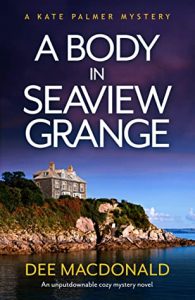 Practice nurse Kate Palmer is ready for some peace and quiet in her little Cornish village, but there’s soon to be a murder on her doorstep…

Kate’s retirement in Cornwall hasn’t quite gone as planned – Lavender Cottage is in need of substantial repairs and her sister Angie’s fondness for gin does rather stretch the purse-strings.

So when Kate is asked to do some nursing at the luxury retirement flats in Seaview Grange, she jumps at the chance. The old Victorian house has stunning views of the sea and the retirees are a peaceful bunch. That is, until Edina Martinelli, a glamorous ex-opera singer, is found poisoned in her home.

Edina’s death is ruled an overdose by Digoxin, the same medication she had been on for years. But Kate is sure the woman she met was not suicidal, and with the reputation of her practice on the line, she decides to do some digging. Luckily she’s got the newly retired Detective Inspector Woody Forrest to help her…

It’s not long before Kate discovers evidence of foul play, and there’s no shortage of suspects. Was it the besotted vicar? The ill-tempered stepson? Or perhaps Edina’s neighbour finally had enough of her constant warbling. It seems everyone had a motive, but who amongst them had the stomach for murder?

And will they kill again?

“You need to be over sixty years of age and have deep pockets to be able to buy one of the luxury flats in Seaview Grange, up on the cliffs near Higher Tinworthy. Kate Palmer didn’t qualify on age just yet, and her pockets were extremely shallow but she was nevertheless keen to see how the other half might be living.

It was a beautiful sunny early September morning and Kate felt on top of the world, having just returned from Edinburgh for the birth of her first grandson. He was the most adorable, angelic infant ever born, with the possible exception of her own two handsome, perfect sons, of course”

“Robson stood up. ‘Mrs Palmer, I understand that you’re a friend of ex-Detective Inspector Forrest and that you’ve been involved in some amateur detective work during the past year, but please do not tell me how to do my job. You are plainly concerned about your own, which is why you’ve come here. I very much hope we do not find the medical centre is the guilty party in this matter, but time will tell.’ With that, he stood up, file in hand, and headed towards the door, holding it open. The interview was at an end”

“My dear woman, I love watching stuff like this! It gives me inspiration for the tales I tell, the books I write, the nice little twists of horror I can insert into my writing if it looks like it’s becoming dull – little shocks to wake up the reader”

Ah, Those were the days, back in my youth! When I would settle down, with the latest Agatha Christie acquisition from my local library and read into the wee small hours, to try and find out ‘whodunnit’, before sleep finally overtook me! Semi-retired District nurse, Kate Palmer, is shaping up nicely to become the modern day equivalent of the great lady’s ‘Miss Marple’ character. Kate has allegedly moved to Cornwall to live out a quiet retirement, but that story just doesn’t quite hang together somehow, as it sounds as though, sensible as she thinks she is, it can’t be coincidence that she can always be found in the thick of any local action, particularly murder, regardless of the danger.

A Body In Seaview Grange worked well as a stand alone story, as all the characters, their previous and current relationships were more than adequately explained and fleshed out. However I do wish that perhaps I had been able to make time to go back and read book #1 first, as there were quite a few references to events from that debut story, which I really wanted to know about, but maybe that’s just me being as curious as Kate herself is, as they bore no relevance to this current turn of events.

I really enjoyed Dee’s style of writing in this particular genre, although she has also written books in the genre of contemporary women’s fiction, which I haven’t read any of to date. The story has a beginning which really sets the scene, before Bam! the action kicks in full pelt and never lets up until the murderer is revealed and everyone breathes a collective sigh of relief!, and of course the ending is a personally satisfyingly happy one, for one of crime’s newest amateur sleuths!

This well-constructed, very traditional, text-book murder / mystery, becomes quite multi-layered and compelling, as events begin to spiral out of control at Seaview Grange. Who would ever have believed that a peaceful, coastal, retirement complex, could harbour such ill-will and malice, where everyone is a suspect, but is there only one murderer?

This case just goes to show that, ‘revenge really is a dish best served cold’!

Author Dee MacDonald, has total control over the situation as events twist and turn and the body count begins to rise. She even throws in a good few red herrings just to keep me guessing, and I never really did discover the genuine perpetrator from all the pretenders, until Kate gets up close and personal with them. Considering that the action is centred around one location, everything keeps moving along at a good pace, with the narrative and dialogue being visually observational, fluid and effortless, as Dee confidently negotiates the many moods and hidden agendas of her disparate cast of characters, allowing them to own their space and giving them a voice.

And boy! – do these people have plenty to say! They all have axes to grind, anger to vent and are on the lookout for a captive audience to tell their story to. Kate walks right into this maelstrom of discontent and tension, although to be fair, with her inherently inquisitive and stubborn nature, she does tend to make a rod for her own back, much to the growing despair of retired DI ‘Woody’ Forrest the new man in her life, her rather alcoholic sister Angie with whom she shares a house and the local police under the watchful eye of DI Bill Robson, who would really rather she left the detective work to the professionals.

As Kate quickly discovers, people can live and lead very complicated, difficult and distressing lives. However this group of rather ill-matched, self-centred and selfish individuals, have more trauma, angst and individual dramas going on, than I would ever have thought possible, making them rather an uneasy bunch to connect and engage with or become invested in, despite the care, attention to detail and passion Dee has invested in defining them, both visually and emotionally.

I do wonder just how many more murders and bodies, one small Cornish town has to offer, before Kate becomes a little predictable in her discoveries and meddling ways? Plenty I hope, as I have already grown quiet accustomed to seeing her bright red Fiat Punto around the place!