‘A Mother’s Wish’ by Dilly Court

‘A MOTHER’S WISH’ – Check out the premise

Since the untimely death of her husband, young mother Effie Grey has been forced to live on a narrowboat owned by her tyrannical father-in-law Jacob. In spite of her own despair, she is determined to protect her brother Tom and her baby son Georgie from Jacob’s bullying ways – for she is all they have in the world.

But when Jacob hires villainous Salter and his vile wife Sal to run the barge, Effie’s life becomes even more unbearable, and Tom is sent packing without a penny to his name. Forced to live on deck with little to shelter her and Georgie from the elements, tormented by the Salters, Effie is driven to desperation. And stealing Jacob’s hidden cache of money she escapes with her son. As she begins her frantic search for Tom, Effie vows that whatever happens she will make a home for little Georgie and keep him safe from harm. 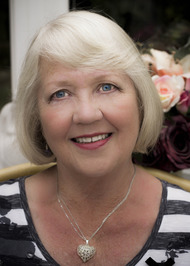 Dilly Court grew up in North-east London and began her career in television, writing scripts for commercials. She is married with two grown-up children and four grandchildren, and now lives in Dorset on the beautiful Jurassic Coast, with her husband.

To date, she is the author of seventeen novels and also writes under the name of Lily Baxter.

If you are a fan of Downton Abbey then her books are for you! Pacy stories, full of nostalgia and great plucky heroines set in turn-of-the-twentieth century London.

I spend a long time researching my novels and fully enter the world when I am writing in my infamous Engine room!

You’re all very kind”, Effie said, swallowing a large lump in her throat. She had become so used to being bullied and browbeaten by Jacob that to come face to face with such overt kindness was quite overpowering.

Seymour Westlake was an educated man who had been born into a privileged class. She was a penniless widow and the mores of society were harsh

MY THOUGHTS ABOUT ‘A MOTHER’S WISH’

This is a romantic/historical saga, of life, love, treachery and revenge in the working class Victorian London of the late 1800s. The all too familiar story of the times, a husband who dies young, of consumption, leaving behind a widow, who also has the added responsibility of a much younger brother to support alongside her own, young baby; who are penniless and homeless, relying on the charity of others to avoid the last desperate journey that will take them to the workhouse.

Effie finds herself treated to a life of servitude, bullying and violence by her father-in-law, in return for a roof over her head, a fate which befell so many working class women of the times. Her loyalty is tested to the limits and then beyond breaking point, when her brother is put out on the streets to fend for himself, with Effie and her baby being sold on, along with their ‘home’, to the socially climbing Salters.

When she is unexpectedly thrown into the midst of a travelling fair, in the search for her brother, Effie is shown unexpected kindness by the travellers and is treated with the same respect as everyone else in the community. This  is an overwhelmingly new scenario for her, to have both the male and female fair folk treat her with equal and unconditional acceptance, thoughtfulness and compassion for her plight. She is of course, expected to contribute to the community and do her share of the work, but is rewarded in the same way as all the others, without it being made to seem like charity and thus affording her some dignity.

Her new found pride and strength of character, prevents Effie from taking the easy option which many other young women in her position would have taken, to simply walk away in the hope that there would be more kindness shown to a lone abandoned baby and that her brother will have fallen into the charitable kindness of strangers, but she just cannot do it and vows to reunite her family and offer them all the protection she is able to.

After first exacting her revenge on the unscrupulous Salters, Effie seems to travel in circles, in an effort to avoid their vengeance and it is difficult to believe that she never actually leaves the immediate area, so she is unlikely to avoid them for long. However, when you stop and think that walking was the only way of getting around for the majority of the working class folk, then it is hardly surprising that she never actually strays that far from all that she knows and with which she is familiar.

Effie has become attached to the traveller Toby and is astounded when she is taken to the home where he grew up. The manor is a once opulent, secluded property on the outskirts of London, that has now fallen on hard times and is in a state of near collapse and dereliction, with Seymour Westlake, the resident Master who spends most of his days out of his mind on drink and drugs. Effie overcomes her revulsion at the way the last few servants are living and also how scared she is of Seymour, as practicality takes over and she puts her all into cleaning the place up, to make a home a home for herself and her son, to await the time when her brother Tom and Toby, if he is able to swallow his pride sufficiently and can find Tom, will rejoin them.

There is one final twist in the tail, which Effie, with her astuteness and observations of the human spirit, has detected. It will however have her stepping right out of her comfort zone and knowing her ‘place in society’, to contrive and execute her plan, which will hopefully lead to the happy conclusion she is seeking, without jeopardising all their futures.

A predictable plot and storyline to follow, but written with great perception and emotion, bringing the characters to life, with all their many emotions, strengths and weaknesses. Effie herself shows the indicitive resilience of her working class roots, finding hidden strengths that she herself, never knew she had, using them to motivate others to help themselves and in doing so learning new things about herself in return. Overcoming those deeply entrenched beliefs, about both her place in society and as a woman of the times and with her new found confidence to boost her morale, Effie finally arrives at a place where her views are as important as the next persons and her contribution valued by all who know her.

‘A Mother’s Wish’, albeit a work of fiction, is an excellent piece of social commentary, brought to life with characters and places evoking the essence of the late Victorian period in our history.

The paperback edition of this book was taken from my personal library and purchased originally from my local hospice charity shop.