Before She Wakes
by Ed James
Books On Tour
Review

My thanks go out to the lovely Noelle, representing publisher Bookouture, for including me in this Blog Tour 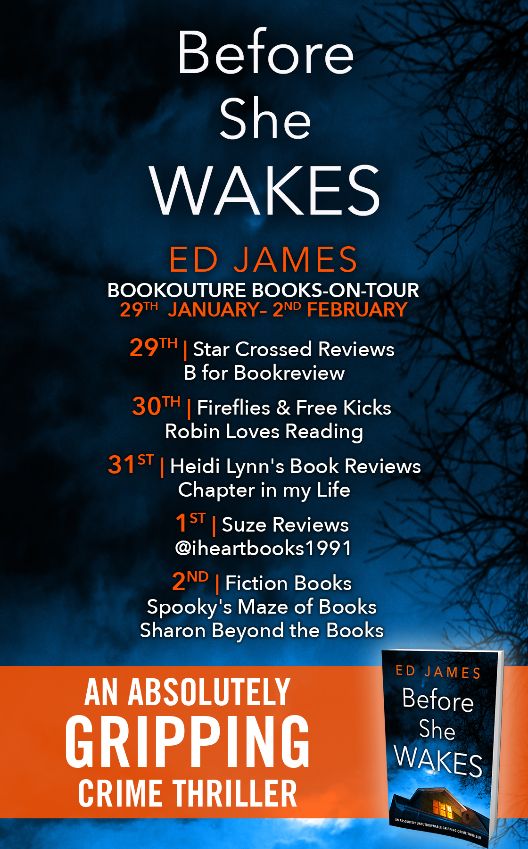 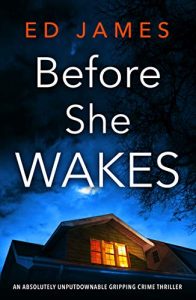 She opens her eyes and focuses on the room around her. Everything is in place, yet something isn’t right. She walks towards her daughter’s room, calling her name, as she does every morning. But this morning is different. This morning there is no response, Marissa’s daughter has vanished.

Single mother Marissa Bukowski stands in her daughter’s untidy room. Olivia’s phone is still charging at the wall and her clothes are still hanging in her closet. The mirror above her daughter’s desk is cracked and a message written in red ink reads ‘Never Forget’.

As FBI special agent Max Carter is called in to investigate, he delves into the lives of Marissa and her quiet, studious teenage daughter, and soon discovers that Olivia has been lying to her mother. Not only did she have a secret boyfriend, but she had also been talking to her guidance counsellor in the weeks before she disappeared. What was so big that Olivia couldn’t tell?

When a blood test reveals that Marissa was drugged the night Olivia went missing, Carter turns his sights towards Marissa’s estranged husband, only to find that he too has vanished without trace. And when he uncovers a family secret that could put the teenager’s life in danger, it’s clear that time is running out for Marissa’s beloved daughter. Can he discover the truth about Olivia’s family and find her before it’s too late? 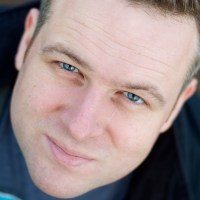 His Scott Cullen series follows the career of a young Edinburgh Detective investigating crimes from the bottom rung of the career ladder he’s desperate to climb.

The spin-off Craig Hunter series focuses on an ex-soldier who is now a cop and how overcomes his PTSD.

Set four hundred miles south on the gritty streets of East London, his DI Fenchurch series features a detective with little to lose.

His next series takes place thousands of miles west, with FBI Special Agent Max Carter investigating child abductions in Seattle and the US Pacific Northwest.

Formerly an IT project manager, Ed began writing on planes, trains and automobiles to fill his weekly commute to London. He now writes full-time and lives in the Scottish Borders, with his girlfriend and a menagerie of rescued animals.

Keep up with all Ed’s news on his website

“When Marissa woke up, it felt like her head had been turned inside out. The vein in her temple was thudding like a disco tune, a constant drumbeat. She could barely open her eyes, the thick crystals surrounding her lids were breakfast cereal left in the bottom of the bowl. It was still dark and the house was silent”

“FBI Special Agent Max Carter tied the poop scoop bag with a flourish. “Thank you for this gift.” He set off again at a furious pace, pulling the leash behind him, his breath misting the air. The damp Seattle air, thick, just not rain. Not yet. The forecast was always for rain, but it hadn’t arrived yet. He wasn’t alone in the baseball diamond overlooked by houses on all sides, but he doubted many of the other dads out walking family dogs lived in those homes. Little League only needed one set of bleachers, and a woman sat up at the top on her cellphone”

“They needed boots on the ground and people who told the truth, the whole truth, and nothing but the truth, not people who kept things back. Who were looking out for themselves first and foremost. Problem was, in a world of sharing more with strangers online than in homelife, when privacy has become a rare commodity, people still felt reluctant to share the truth face-to-face”

Wow! I just couldn’t put this one down, or turn the pages fast enough, in my eagerness to discover the final outcome.

I wondered just how this book would play out, as there are so many US authors writing British centric crime thrillers, but seldom the other way around, especially when this particular author has already earned himself an excellent reputation with his several popular British Detective series. However, for me this was a totally seamless transition, with the narrative and dialogue sounding authentic and true, obviously the result of some dedicated and very thorough research.

I also came into the series with this, book #3, wondering just how much of a backstory I might have missed. I can definitely see that those of you who are confirmed ‘series readers’, may be happier being introduced to FBI Agent Max Carter from his inception, as like many such law enforcement officers, he does appear to come with an inordinate amount of emotional baggage. However for me, getting thrown into this case and having the backstory fed to me in small chunks at regular intervals, worked just fine and I in no way felt cheated or short-changed.

In fact, this was a well-constructed, multi-layered storyline, with two separate strands which became intrinsically linked and often overlapped, becoming tangled together on several occasions. However Max’s team needed to keep them separated as much as possible, and Max confined to working on just the original investigation, because as the initial missing child case progressed and the surprise second elements came into play, it became apparent that these new revelations would have influence over and consequences for, Max personally.

Any storyline which involves the abuse of children is always going to be intense and disturbing and this one did jump around a little, however that only reflected the fast changing dynamics of the case itself, making me realise just how difficult and demanding working these situations must really be, as each new piece of information means that decisions have to be made and the direction of investigation changed, at a split seconds notice. I was kept well and truly on my toes as an independent observer to the ever-evolving events. Taking all that into account, the powerful and confident writing, which was split into relatively short chapters, was kept fluid and the action was constantly fast-paced. Twists and turns which increased the dread and menace of a good outcome for this emotionally draining story, were thrown in to the mix with consummate ease, whilst sneaky red herrings heightened the tension and always had me second guessing my suspects, although I did manage to figure things out just a little ahead of the big reveal.

Ed has created an excellent mix of well developed and defined characters, all of which were emotionally complex and quite difficult to relate to. There were also those who operated in the rather ‘grey’ middle zone, where the lines between good and bad were intentionally rather blurred, making me unsure on which side of the divide they belonged, adding intrigue and texture to the storyline. Max has a genuine depth of feeling to his personality, obviously getting great fulfilment from the job he has chosen to do. He and his team appear to operate quite efficiently and with good synergy as a unit and I detected very little tension between them, even when his subordinates needed to carefully side-line him, both to protect him from his own personal memories and demons, and so as not to compromise the case which was at the very centre of the operation, that of returning a missing child.

This is certainly a series which would work well as a televised adaptation, with FBI Agent Max Carter, definitely a name to remember!