If I had the winning lottery ticket …. It’s a fun scenario to imagine…unless you are Matt McAllister.

Blue Monday is the story of Matt McAllister. Matt is the pastor of the fifth largest church in his state. After over 20 years in the ministry he is approaching burn out. Every week begins with blue Monday. The clergy’s equivalent of the morning after.

Matt was a vocal, public opponent to the lottery when it came to South Carolina. When he accidentally purchases another person’s lottery ticket, he is surprised at the reaction of himself, his family, and those around him. The situations quickly become funny, introspective and sad simultaneously when the ticket wins $186 million.
Matt learns some important lessons about human nature, both his and the people around him…then he learns that the woman who picked the numbers on his winning ticket has attempted suicide.
When offered part of the winnings, Matt has an opportunity to leave blue Monday behind…but can he?
-.-
THE AUTHOR – M.THOMAS LONG

Mark Thomas Long has been a writer, speaker, trainer, husband, and father for over 25 years. He and his wife live just outside Nashville, TN. He has one daughter, and as of last spring, a new son-in-law.
A genuine love and excitement for life drives him. As an avid reader, he loves a great story. ‘Blue Monday’ marks his entry into the world of fiction writing, something he will tell you has been on his life list for many years, but he just never took the time to make it happen. During a near fatal incident a few years back, one of the main regrets he felt was that he had never written the books that were inside him needing and waiting to be shared.
His hobbies include reading, golf, motorcycles, drawing, running, guitar (ok, a little guitar), songwriting with his daughter and travelling with his wife.
In ‘Blue Monday’, his first fiction novel, he draws from a rich and varied background that includes designing and performing as a concert stage lighting designer with Grammy award winning artists, working alongside many pastors and celebrities, and travelling the country working as a Microsoft technical trainer.
…
This is an extract from Mark’s words about the premise for ‘Blue Monday’:
The idea for ‘Blue Monday’ was born out of a chance meeting with a friend at Starbucks just outside Nashville, TN one afternoon a few years ago. As he discussed his personal needs and challenges as well as those of his congregation, the basic plot of ‘Blue Monday’ began to take shape. When he joked about buying a lottery ticket as a solution to financial challenges and then shuddered, pointing out that winning the lottery would create a lot more issues than it would solve, the story began to take shape in my mind. ‘Blue Monday” is a work of fiction, but like all fiction, it’s a twist of reality based on the author’s experience and imagination.
-.-
WORDS FROM THE BOOK

Matt also knew without a doubt that he had been called to this profession, but wondered why every request anybody had for God needed to be routed through the pastor.

Far too many Christians live their spiritual lives through pastors and other leaders, demanding higher levels of morality and virtue from them than from themselves

You need to remember one of the Dilbert principles, ‘Be a team player, it diffuses the blame when something goes wrong.’

MY THOUGHTS ABOUT ‘BLUE MONDAY’

“Experience is a cruel teacher. She gives you the test first and the lesson afterwards.“

Having been raised into the faith of the Church of England as a child, but now as an adult having become a totally non religious, agnostic individual, I must confess to more than a little scepticism, when asked to review ‘Blue Monday’, by its author M.Thomas Long.

However, whilst this book falls firmly in the category of Christian Fiction, it is so much more than a religious story, dealing with religious issues. For a debut novel, the writing is mature, perceptive and almost effortless, the dialogue is crisp and fluid, the characters are complex, yet easy to connect with and the storyline is a richly crafted cameo, often deep, sometimes troubling, yet always honest and slightly humorous, of  ‘real life’ human behaviour and weaknesses, found the world over.

At first I thought that Pastor Matt might be having a severe ‘conscience of faith’, as he describes with deep passion, his feelings about his ‘Blue Mondays’ and his growing disillusionment with both his staff council and his parishioners. In an outburst of honest humanity though, it becomes apparent that Matt never really questions his own calling to the faith, but more of his feelings of inadequacy to appease and satisfy everybody, coupled with the knowledge that demands on his time are tearing him in so many different directions, that he feels the ability to connect with his parishioners, slipping away.

It has come to the point where Matt’s ministry is being run like a well-oiled, corporate business. His sermons are not impulsive or intuitive, but almost political, in their need to be carefully constructed, so as not to offend anyone. He needs to get bottoms on seats, with his parishioners needing to be persuaded that they must attend church on time, as he is on a tight schedule for the next ‘performance’. As “CEO” he is required to report to his ‘board’ and deliver his objectives against target. Perhaps most telling of all, is the usurper Bob, just waiting in the wings for Matt to fall flat on his face, so that he can step in quickly, say “I told you so” and deftly step into Matt’s shoes and so like the business world, Bob isn’t afraid to try and help Matt on his way, when a seemingly God-given opportunity presents itself, just right for a little manipulation and truth-stretching. All of which doesn’t sit well for Matt and certainly we can sense a real feeling of freedom and passion, when given the opportunity, he stands and does what does best, delivers a passionate, spontaneous sermon, right from the heart and with an almost mischievous sense of humour!

And exactly why shouldn’t a pastor enjoy country music, played very loudly, in the privacy of his own home and car?

Matt’s faith in the entire system, in the trust and support of his staff council, parishioners and even his family, is tested to the extreme, when one little exaggeration on his part, starts an ever growing and unstoppable chain of events, which threaten to destroy everything he holds dear and close to his heart. Whilst Matt battles to maintain his integrity and indeed, fights for his very future, his eyes are opened to the unpalatable truth, that the basic instinct which drives almost all of mankind to varying degrees, including to his dismay both himself and his own family, is an inherent personal greed, which constantly needs to be fed and satisfied. He learns that greed can take on many different guises, both material and emotional and that people’s greed can be fed and fuelled by a whole host of motives, from guilt and jealousy, to despair and desperation.

Maybe, even more importantly, Matt learns his lesson the hard way, that to tell the truth right away, is much the best policy …. or undoubtedly, ‘Be sure your sins will find you out!’

It is Matt’s faith which helps him come to terms with his own personal greed, but I suspect that on its own, even this would not have been enough, if he had lost the unfailing and unquestioning support and love of his wife and partner of more than 20 years, Annie. She is his rock of stability and common sense, having long since come to terms with the fact that being a pastor’s wife, is a constant struggle which involves making more sacrifices than many of us would think possible, yet having to maintain the outward appearance of taking everything in her stride. This includes the knowledge that her children are constantly being placed in a ‘no win’ position, pulled as they are by the demands  placed on them by their father’s position and standing in the community and the increasingly strong influences exerted over them by their friends and peers in the wider community, a burden which every mother would fight to protect their children from.

Once Matt has decided that his future in the ministry is one worth fighting for, has come to terms with his own failings in dealing with the monster he has created, and admits to himself and those people he holds dear to him that he needs help to ‘get the genie back into the bottle’, he works hard to diffuse the situation and appease everyone who may feel betrayed by some of his judgement calls and decisions, although in doing so, he must also face up to his own personal greed and so accept the help of his very own benefactor, who has recognised Matt’s efforts and humility and aims to make life just a little more comfortable for the entire family.

This was an absolutely refreshing book that I think just about anyone would enjoy. There are no sex scenes or profanities, only a happily married couple, who are faithful to each other and still want to enjoy a fulfilling, family life together, as a loving couple and good parents.

This book was a Kindle review copy, sent to me by the author, M.Thomas Long and as such, was free of charge. 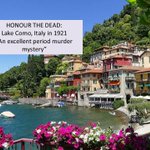 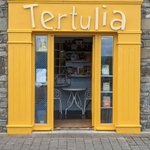