When Stewart and Layla recruit a demon to spy on the Devil, their decision takes them on whirlwind ride through the afterlife. Journey alongside this young couple in H. A. Goodman’s new novel, Breaking the Devil’s Heart, and join forces with a teenage Angel outcast to bankrupt Satan’s underground Company and save Heaven from civil war. H. A. Goodman’s Breaking the Devil’s Heart is a rollercoaster afterlife experience that tests a young couple’s love, their grasp on reality, and the essence of human nature. What happens when Stewart and Layla tour Hell’s Marketing Department and Stock Exchange? What happens when their relationship is tested by Satan? This book is unlike anything you’ve ever read, or ever thought the afterlife might be like. Breaking the Devil’s Heart is an enlightening look into an alternate world, a new afterlife, and a profound journey inside the human conscience.

SAY HELLO TO THE AUTHOR 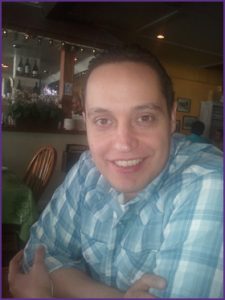 H.A. (Hal) Goodman is a former financial advisor for Morgan Stanley and Charles Schwab as well as a former LAUSD history teacher. He has a degree in International Relations from the University of Southern California and has also worked at the U.S. Department of State’s Foreign Service Institute.

In 2012, Hal combined his love for fantasy and philosophy to create a whirlwind ride through the afterlife in this, his second novel, ‘Breaking the Devil’s Heart’.

I would say that there’s really nothing that unique about me, other than the fact I’ve been quite fortunate in my life. I enjoy people, learning and respecting other cultures, and discussing philosophical isssues with friends. I like engaging in political debates and expressing my thoughts. I also have an active imagination and I’d like to utilize this ability to write more novels. I enjoy writing late at night, when I’m upset, or when I view something to be hypocritical or dangerous. I grew up loving fantasy and science fiction.

Once a reader begins to feel any emotion at all, I think there’s merit to the story. One thing that I enjoy about reading and writing is the transfer of feeling between the pages and the person. This happens just as much when reading non-fiction as well. A book doesn’t have to be breathtaking, just interesting enough to make a reader think about life or people. If you’ve done that, I think that you’ve succeeded as an author

The horror movie called Human History continues to unfold in a bloody manner and unfortunately, human beings still serve the directors, producers and actors who orchestrate the carnage

There’s no use in imagining these alternative scenario’s because there’s one thing that remains the same in both life and death: You’re stuck with the consequences of your decisions

Manipulating another person’s conscience, against his or her will, even for righteous purposes, is one of the foundations of potential evil.

MY THOUGHTS ABOUT THE BOOK.

‘To say that this book is one of a kind, is an understatement’

‘Breaking The Devil’s Heart’, is such a unique, imaginative and thought provoking premise for a story, that it is difficult to know where to start. There is definitely no formulaic or predictable storyline on offer here!

The action is fast paced, moving at a phenomenal speed, as the two main protagonists, Stewart and Leyla romp around Heaven and Hell, searching for an alternative afterlife, one where Satan has been defeated and Heaven does not have to endure a civil uprising. It is just as well that Hal sticks to a single character narrative and we get the whole story told to us by Stewart, as it would otherwise be all too easy to become lost and confused in this highly energised and exhilarating race against time.

The plot has more twists and turns than enough, as we discover that good and evil are not straightforward concepts, when we are dealing with Heaven and Hell! The lines become very blurred, as Stewart and Leyla discover that, not all bad people are all bad and not all good people are all good!

When a tragic accident sees them depart this human life, we discover that choosing their future direction, becomes as seemingly a difficult decision for them to make, as it had been when they were mortal. Personally, I believe that Stewart and Leyla are the embodiment of any average, living human entity. Trying to be good, ‘do the right thing’ and maintain their belief in the basic goodness and kindness of human nature, whilst all the time vulnerable, having their faith tested to its limits and having to fight the myriad temptations which life and ‘the little devil on their shoulder’ throws at them, on an almost constant basis.

It is therefore not  a surprise that the pair can’t really decide whether they want to become fully paid up angels, or not. The idea of residing in Hell permanently, doesn’t have much real appeal. However, after realising that many of their earthly traits are not so easily left behind or able to be controlled, living forever in Heaven might also have its drawbacks, especially when it seems that there are those who have made it to Utopia, only to be hell-bent on causing trouble and strife from within. The pair begin to feel just as vulnerable in death, as they did in life.

The characters are all complex, seemingly confused by their individual roles in the bigger picture and all posturing for position in the hierarchy of their respective domains. I didn’t find that any of them were particularly likeable individuals, even though I could visualise them all only too clearly, so Hal has done a great job on the descriptive writing here.

There is great maturity, passion and perceptiveness in Hal’s writing and he freely uses historical, religious and philosophical references to illustrate a point. The book is particularly rich with words, with Hal paying meticulous attention to detail when forming sentences and paragraphs, every one of them having a distinct and definite message, which comes across very strongly in the reading. However, there were a couple of occasions when I felt that he wasn’t really connecting with me personally, the reader, in a very fluid or conversational way. Despite the interesting analogies, it began to feel more like a history or philosophy lesson, as the examples of referential material seemed to take over the narrative exponentially and almost became too intellectual for my poor little brain to cope with! Overall, I felt that the reliving of some of the darkest moments of humanity’s flawed history and of our seeming ineptitude at not making the same mistakes over and over again, could have been a little more succinctly illustrated.

The humour is there .. heavy and dark, satirical and brooding, yet often just downright funny! …. The concept that Stewart and Leyla are ‘naughty Angels’, is one that I loved and could easily relate to …. The premise that Hell is known as ‘The Company’, with the CEO represented by Satan, who just happens to be female, is thought provoking and quite satirical …. The notion that ‘The Company’ is basically just one huge Stock Market, although the only commodity being traded, is that of the human soul, is downright dark and and full of foreboding. More especially so, when you consider that ‘The Company’ doesn’t always need to influence humans about which way to choose to live in the afterlife, as greed and self-preservation is already lending a helping hand in the decision making process right here and now, in real-life time.

Given recent world events and the negative and catastrophic impact which has been wreaked upon ordinary individuals by the institutions so clearly implicated and designated as ‘Hell’ in this story, I can quite see that the trade in human souls would be a very lucrative market indeed, although the question which then arises, is one of  … Can we really blame others for our situation, or is it time to start taking personal responsibility?… If we carry on down this same pathway, what is the future for humanity? and if we were all forced to see the means and consequences of our own demise and passing, would we live our lives any differently? … There is plenty of pause for thought!

I came away with the distinct impression that Hal was using the book to express some of  his own personal frustrations with the Hell that he sees as life here on Earth and the messages that I took away from the experience were:

The book has great potential for a discussion document and would be ideally suited to a group read.

This was compelling and compulsive reading, even for someone like myself, who reads from the fantasy genre sporadically and infrequently. For a fantasy enthusiast, be prepared to be blown away by this story and to have all your preconceived ideas about Heaven, Hell and the afterlife shattered. All other superlatives, such as; honour, respect, determination and even compassion, are all irrelevant and are by far outstripped by that one little word that really matters and can defeat Satan every time …. CONSCIENCE!

Conscience saves you from regret

This book was a Kindle review copy, sent to me by the author, H.A. Goodman and as such, was free of charge.