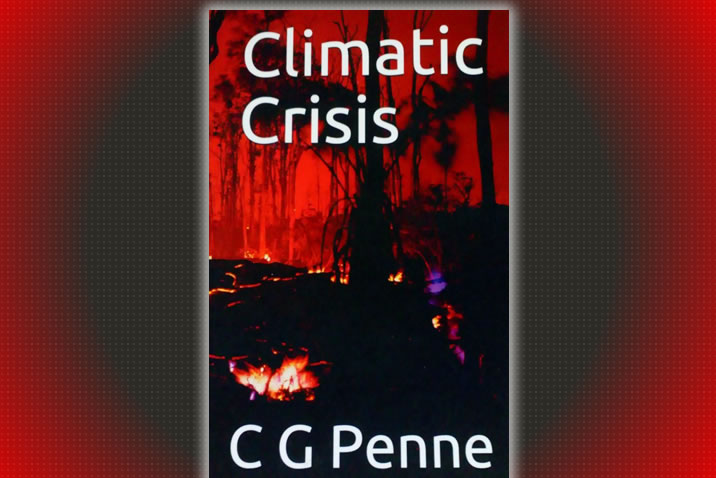 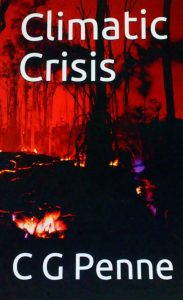 This is a modern-day tale of a family scattered over the globe who experience various different weather phenomena, spectacular, dangerous and awe inspiring.

Some suffer heart rending injuries, others the devastating loss of loved ones.

It is a fight for survival against all that Planet Earth can fling at them, enraged with the Human Race who have placed importance on economies and compilation of wealth rather than respecting the natural resources of their wonderful world.

The seas are contaminated and marine life is dying. The temperature on land is so hot that fires are destroying large parts of the forests. It is a race against time and every second counts as governments around the world endeavour to set right the years of neglect and pollution.

But will they be in time?

“One of my hobbies is dog walking and I own an absolutely adorable Westie pup, called Bertie, who is thoroughly mischievous!

I love travelling too and, along with many of you, have felt the frustration of not being able to get out and about visiting family and friends due to Covid restrictions and not doing all the normal things that are so much part of our lives.

My other passion is writing and recently, whilst out for a walk enjoying our beautiful countryside and realising that I take it for granted, I felt compelled to write my latest novel “Climatic Crisis” to express through the characters in the story, the absolute urgency for governments, industry and all of us to act before its too late.

Very much hoping you will enjoy this latest novel”

“The unusually strong wind whipped up her hair and stung her face as she turned the corner of the Cornish-stone building, carrying her large black bag bulging with refuse. Normally, she would have divided up the waste, but today struggling against the force of the wind, she gave up and just chucked the whole lot into one dustbin. She knew she would be slammed by enthusiastic environmentalists, but then what did one load of unsorted rubbish really matter”

“Cold realisation was dawning on her that she wasn’t the love of his life, but more a part of his life sectioned off and completely divorced from his life in England. Basically, he wanted both. It suited him and all he needed her to do was accept his declarations of love and intent”

“Then she wondered where she was going or if she was going anywhere. She didn’t know. No one knew the answer to that question; well no one alive that is. If there wasn’t anything else then the inhabitants of this earth should look after it very carefully because this was it, nothing else, just a planet with precious life”

“There were more news items, but Robbie switched off at this point. He had seen enough. He had the feeling that the world had got smaller somehow, that there were no differences or borders anymore between countries or cultures. The world had changed dramatically almost overnight and to Robbie it was clear, clearer than it had ever been. Mankind was being forced to take part in a race against time”

“What they couldn’t realise while they stood and watched the planet’s anger unravel before them was that the North Pole was about to speak for the planet who had sent so many warnings on so many occasions that had been ignored. Planet Earth was no longer interested in remedial action. It had gone beyond the point of no return”

“A family fight for survival in a dramatically changing world”

Wow! That was one action packed, emotional rollercoaster of a story and now I need to sit quietly and ‘come down’ for a few minutes, as I hadn’t realised just how quickly I had been racing through the chapters to get to the final outcome, only to be stopped in my tracks and floored by those last few pages – What a unique, super clever twist, with no clue along the way, making for one hell of an ending I definitely never saw coming!

As absolutely everything has to have an acronym these days, I had no idea, but did a search and yes, there is such a thing as cli-fi! and this is one powerful way of getting the message out there. Climatic Crisis it transpires, is actually a story within a story, dystopian by nature, but to all intents and purposes, as I was reading, and at that time none the wiser, it was very much a story told in the here and now, narrated by multiple voices, across several worldwide sites of action. The chapters were perfectly just the right length, as there were scene changes virtually every time there was a short breathing space. However although there was also quite an extensive cast of characters to take on board, once you had  in mind who was who, the fast-paced, fluid action was never really difficult to follow.

This multi-layered storyline, is a very cleverly crafted and executed, seamless blend of fact and fiction, so fluent and well constructed that where one stops and the other begins is almost impossible to spot and separate. It wasn’t until I sat and actually analysed the many simultaneous, disparate climatic events we have experienced here on planet Earth recently, that the facts behind this highly textured, intense and fast evolving plot, came together in that light-bulb, “OMG! what if it did?” moment.

Wildfires, floods, tsunamis, volcanic eruptions, melting ice masses, pandemic and disease – individually each event is going to be devastating, however collectively they represent just about every potentially bad outcome for mankind, and the frightening thing is, that somewhere in the world at least one of these events is happening right now. But what would happen if all of them were happening, in different places, and all at exactly the same time!

My thoughts became even more focussed and polarised, when reaction to, and consequences of events, were brought together as a fictional story, centred around the members of a single extended family, who have made their homes in, or who are visiting, some of the farthest-flung corners of the globe, all experiencing the single phenomenon of climate catastrophe, but in so many different guises, all equally life-threatening and potentially fatal. It really could happen like this! Just imagine all those disaster movies being screened as virtual reality events, at the same time in different rooms and you don’t know which scenario you are going to find playing out around you, that you are going to have to hope to deal with!

Gripping, suspenseful, totally immersive, rich in atmosphere and detail, the dramatically descriptive narrative and observational dialogue seemed to flow completely effortlessly, whilst the visual imagery of the words added some excellent depth and range to the storyline. Even down to the duplicitous machinations of the mega-rich, who think they have found a way to cheat on their ultimate final ‘big deal’, only to discover that the planet conducts business in a much more brutal way than mere humans ever can, and when necessary, with fatally terminal consequences.

Carol has also created a cast of well drawn, vibrant and developed characters, who totally owned this space with their presence and strength of collective voice. By no means all likable or relatable, they were nonetheless authentically and realistically portrayed and together they each played their part in this volatile, complex jigsaw of human emotions, although in their naivety and with the inherent human traits of optimism and greed, they each think that they have defeated their unseen enemy, with their promises of a more thoughtful and considered future. But as it transpires, all too little, all too late!

So why 4 stars and not the full complement of 5, I hear you ask? I have made a slight downwards adjustment for no other reason than what I can only imagine is the author’s over-exuberance in getting the words consigned to paper and out into the world. The story is solid. The characters sound. The continuity is fine. I just wish that the editing process had been a little more robust and rigorous, which would have removed a few of those irritating little grammatical errors.

Futuristic this story may have been intended, however the potential this entire scenario has to play out within my own lifetime, is a really scary thought, especially that as a  sexagenarian I was hoping for a peaceful retirement when it arrives, not to become part of the Obliteration Age!

However, what makes reading such a wonderful experience, is that with every story, each reader is taken on a unique and individual journey towards a common outcome. A small handful of books are so difficult to define and explain without that journey having been made, and this is one such story, so I recommend that you read this one for yourself and see where your journey leads you!

A complimentary ARC for review, was kindly gifted by the author.