Grace … Ten-year-old Grace knows that her mum loves her, but her mum loves drugs too. There’s only so long Grace can fend off the ‘woman from the county’ who is threatening to put her into care. Her only hope is …

Billy … Grown man Billy Shine hasn’t left his apartment for years. People scare him. And so, day in, day out, he lives a perfectly orchestrated, silent life within his four walls. Until …

The Plan … Grace bursts into Billy’s life with a loud voice and a plan to get her mum clean. But it won’t be easy, because they will have to take away the one thing her mum needs most … Grace. 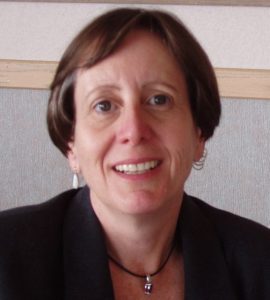 Wow! Where to start a resume about this outstanding author?

You really do need to hop over and check out Catherine’s own fantastic website, but here is just a small taster, to whet you appetite!

The fabulous Nikki, over at ‘Notes Of Life’, has also conducted a couple of thoroughly comprehensive interviews, with the friendly, entertaining and immensely interesting, Catherine.

Catherine hails from California, where she has the almost constant companionship of her Scotty/Chinese Crested Hairless, rescue dog, Ella.

Seriously, I am not sure which of the two of them, is the most adventurous and ‘out doorsy’. They both love to walk and hike, both regularly take to the water in their kayak and both are consummate photographers and videographers, although on opposite sides of the lens! … Ella looks like a serious show off, when you point a recording device at her!!

When back on terra firma, Catherine does what she does best, writes award winning books and speeches. Her speeches regularly take her to celebrated venues, where she often finds herself invited to share the podium with some illustrious company. These connections even gained her an invitation to The White House, for the screening of the film ‘Pay It Forward’, an adaptation based firmly on one one of her early novels of the same name and which quickly became the catalyst for a concept, which is now known the world over!

Catherine definitely isn’t frightened to tackle the most difficult and demanding social and personal issues in her writing, where she deals with them in a sympathetic, yet totally realistic and honest way, which has seen her recognised as an author of repute, the world over.

“The people with the least to give always give the most. Haven’t you noticed that?”

“It’s like people who want to feel only happy but not sad,” she said. “It never works. You either feel things or you don’t. You don’t get to pick and choose…”

“Remember how you said you’d always find me? Well, don’t ever forget that. Please.”

This was the first book I have read by Catherine, however, it definitely won’t be the last!

I have never experienced so many different, thought provoking emotions whilst reading a story, all of which left me not wanting to leave the book, even though finishing it in one sitting was never going to happen!

With a cast of so few and such disparate and marginalised characters, Catherine has woven their individual stories together, to form them into a cohesive and strong single unit, which learns from its own mistakes how to work together towards a common goal, despite their obvious individual prejudices, disadvantages and deviances, anyone of which, I had to firmly keep reminding myself, could have easily caused Grace so much harm. When I had finished reading, I felt that Catherine had created characters who I really wanted to care about and empathise with, such was the amount of life she had breathed into them and how much their individual lives appeared to have been enriched by the whole experience.

The story highlights the strength of the human spirit, when it is moved by someone, or something, which is perceived to be weaker and have less of a voice, than they themselves do. In this case, it is someone as innocent and unobtrusive, as one small child, a lone voice desperately trying to make itself heard in the crowd, emitting her ‘silent scream’, in the hope that someone, anyone, will hear her.

Grace knows that the only way she will hopefully get noticed, is not by sitting in her apartment with her doped up mother, but by being out on the street, where she is visible and someone may actually work out that she is in trouble and needs help. With an astuteness way beyond her small number of years, she has however, worked out that she needs to enlist the help and support of the local community, as she doesn’t want to be taken into care and separated from her mother and she realises that all the help groups are not enough to keep them together and support them. Grace has to find a way to make her mother change, because she realises that deep down, her mother really does love her and wants to do her best by her daughter, but she is going to need a sharp, short shock, to bring this home and Grace is strong enough for both of them and is willing to go all the way, to make this happen.

For one so young and naive, Grace is remarkably perceptive, both to her own and other people’s needs and failings. It doesn’t take her long to work out, that if she wants them to help her win her mother round, then she must give the group something in return and this, as an achievable gift, is going to be her, just being herself. Through simple acts of pleasure and kindness taken, received and shared, remarkably, Grace turns the lives of several lonely adults, upside down and inside out. After being on the end of her acerbic wit and sometimes harsh, but nonetheless accurate observations, they find themselves doing things which, to them, didn’t seem possible and which they never thought they could achieve and whilst not all of the group can be together in Grace’s final moments of triumph, they all have a pivotal role to play in the getting there.

When it is time for them all to move on with their individual lives, it is as lifelong friends, stronger people, maybe still not living the perfect life, but all changed for the better, by one infectious, courageous and often outrageous little girl, who enriched the lives of them all.

The book left me thinking anew about the ever increasing number of child carers we seem to accept as part of the norm in our modern society. We like to try and convince ourselves that these children are only playing a minor role in the overall care of a family member, or friend, when the reality of the situation is far from this and many children are in fact, the only, or primary carers in a family. We try to justify these facts and figures, by convincing ourselves that the children don’t mind, when in fact the reverse is often true, only the child is frightened to speak out, for fear that the only solution which the social services and authorities seem able to invoke, is to separate families and take the child into the care of the system. All many of them are desperately searching and indeed, longing for, is to be  given a voice and practical help from the authorities, so that the family can stay together, allowing the child to be … just that, just sometimes!!

As the book was a competition win, this print copy was donated and sent to me by the organiser, Nikki-Ann at ‘Notes Of Life’ , free of charge.

Written by Yvonne
6 comments
The Dragondain
by Richard Due
Review
FacebookTwitter
‘Blue Monday’ by M.Thomas Long