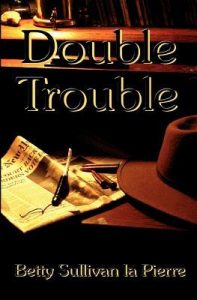 When Nancy Gilbert’s sister, Tanya Stowell is murdered, the person she turns to for help is former Company agent Tom Casey.

Afraid for herself and her family, Nancy hires Tom to protect her from her ex-husband who’s just gotten out of prison.

Believing Drew Harland, the ex, killed her sister, she panics when he suddenly turns up in town.

What Nancy, Tom, and his associates don’t realize is that someone else is in the background with murder on the mind.

When some of the main players, including the main suspect, start turning up dead themselves, Tom realizes that they could all be victims if this silent killer isn’t caught, and soon! 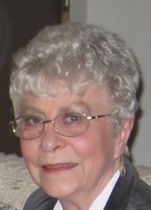 Betty was born and raised in Oklahoma. She attended the Oklahoma College for Women and the University of Oklahoma, graduating with her BS degree in Speech Therapy with a Specialty in the Deaf.

Once married, she moved to California with her husband. When her husband was killed in an automobile accident, she was left with two young boys to raise. She is now remarried and has had another son through that marriage.

Betty has lived in the Silicon Valley if California for many years. At one time, she owned a Mail Order Used Book business dealing mainly in signed and rare books, but phased it out because it took up too much of her writing time. She’s an avid reader, belongs to the Wednesday Writers’ Society, and periodically attends the functions of other writing organizations.

Mystery/ suspense/thrillers are Betty’s bread and butter genre, both for her writing and her own personal reading enjoyment. Although she has also written a couple of stand alone mystery novels, Betty is perhaps best known for the to date, 15 stories, which make up the ‘Hawkman’ mystery series and for which she won the 2003 ‘Bloody Dagger Award’.

“I’ll tell you about what I love next to writing. I love to fish… We have a house on the banks of Copco Lake. Our dock is right out my back door and down a gangplank.I have my own huge table with umbrella. I can have my cocktail, and fish at the same time. The bathroom is just up the walkway (this is my type of camping). It baffles me why men think you have to have a different rod and reel for different types of fish. I have caught, trout, bass, crappie, and perch, even a clam and a crawdad all with the same rod, reel and bait. My goal is to catch a trout on each visit”

“My neighbours think something awful has happened.” Hawkman glared at him. “It has. It’s called murder.”

This is the second book in the ‘Hawkman’ series and although I thought that I might have benefitted from reading the first book, where I would have been introduced to the character of  Private Detective, Tom Casey (AKA ‘Hawkman’), I was surprised at just how easy it was to pick up all the salient points of his past life, both professional and private, (there is definitely more to know, than meets the eye!). There was certainly enough information to guarantee continuity, although the first four books in the series were all published way back in 2002, so it would be great to catch up with ‘Hawkman’ in his latest 2013 case Broken Silence, to discover just how he has matured and kept up with the fast changing times in the surveillance world – the series reviews still continue to give excellent ratings!

An ex CIA agent, given a new identity and now turned private investigator, who wears a patch covering one eye, has a penchant for healing injured hawks, a teenage son he is trying to connect with after his first wife was tragically murdered; although he is now happily married to his second wife, who is an author and actively seeks to incorporates ‘Hawkmans’ real life clients as fictional characters in her books! What could be more simple – if totally unconventional!!

Just when it seems as though ‘Hawkman’, Jennifer and Sam have finally got their relationships back on track, after having to virtually rebuild their lives and identities, and the character dynamics are seeing them interacting well as a family unit, they all find themselves embroiled in one of  ‘Hawkman’s’ cases which threatens the stability of everything they have worked so hard to achieve, as well as maybe their very lives!

The suspense started to build from the very first lines of the book and the slowly evolving plot kept me in its grasp, through its many twists and turns, right to the very last page, although the richly crafted storyline, was only revealed achingly slowly, by an author who is totally in command of her reading audience. I was led down several blind alleys, which got me thinking about the possible final outcome in a certain way, only to be thwarted in my reasoning and have the whole story turned on its head and taking me in a completely new direction.

In this cleverly crafted, multi-layered plot, everyone it seems, has something to hide and what starts out as a simple request from Nancy Gilbert, for ‘Hawkman’ to protect her from her ex-husband Drew Harland, who has recently been released from prison, turns into a series of  unstoppable events, each more threatening and sinister than the last and starting with the murder of Nancy’s sister Tanya.

Murder, blackmail, intimidation, political posturing, infidelity and even bigamy, all feature in the lives of this disparate and desperate group of people, affecting everyone, from the lowest common denominator to the highest and right to the heart of those supposedly furthest above suspicion. Everone, it appears, is out to satisfy their own greed and needs, without thought or care for anyone around them and all are prepared to do whatever it takes to achieve this end.

The characters are all well defined, if complex, with the possible exception of  Detective Grolier, who is a straight talker and quick to act when he deems it necessary. He aims to work with ‘Hawkman’, rather than against him, to which end they have reached a tacit understanding of the boundaries which divide them and an unspoken agreement that these lines will not be crossed by either of them. Grolier is an experienced Detective, keen to do his job to the best of his ability and comfortable in his own skin with the methods he employs to do so.

Although ‘Hawkman’ makes mistakes along the way, some of which add to the increasingly tense situation into which he and his family are inexorably drawn, it is ultimately his keen observational skills, his ability to listen and assimilate information, his unobtrusive yet thorough interview techniques, and his attention to even the smallest of details, which are destined to win through the barriers of lies and deceit and help him track down the true perpetrators of evil and wrongdoing.

There have been so many advancements in the role, technology and modus operandi of the private detective, over the past 10 or so years since this book was written, that it is good to get back to basics and meet a character who is of his time and space, expert and thorough at what he does and never willing to close a case until the last pieces needed to complete the jigsaw are firmly in his grasp. This was a truly suspenseful story, with just the right mix of violence and inferred brutality, yet without as much of the graphic gore and the blood and guts images, of many of the current investigative mystery series. Each of these genres has their rightful place in the reading sphere and they most certainly sit comfortably side by side, on my own personal library shelves.

‘Hawkman’ is a gumshoe of the highest calibre, brought to life by the words of his creator, author Betty Sullivan La Pierre.

As this was an author invitation to read and review, a PDF copy of  Double Trouble, was sent to me free of charge, by Betty Sullivan La Pierre.