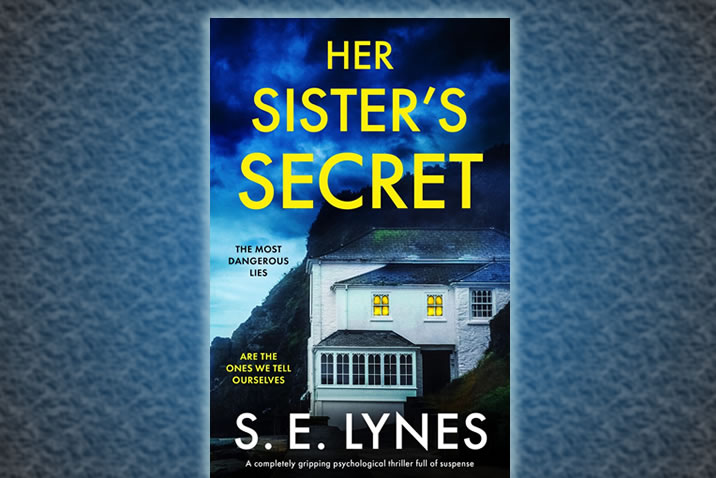 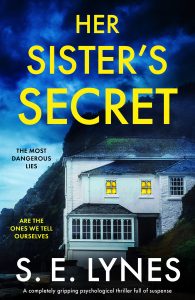 Why would you pretend your life is a dream when you’re living a nightmare?

I thought my sister was happy. I thought what we all thought: that Annie and Dom led perfect lives in a lovely cottage in a quiet village by the sea, with flowers at the front gate and an apple tree in the garden. Everyone knew them: generous, loving Dom, creative, joyful Annie.

But I never saw Annie as she sat waiting for Dom well into the night. I didn’t see her smiling through her tears. I didn’t know what the perfect couple were hiding.

So when sirens break the silence of the night and flames rise against the dark sky, and I get the call I never expected, I’m left with a simple burning question: who was to blame?

A brilliantly twisty tale of family secrets and the darkness that can lie behind closed doors, Her Sister’s Secret will keep you turning the pages till the final devastating revelation. Fans of Lisa Jewell, Gillian Flynn and Louise Candlish will love it. 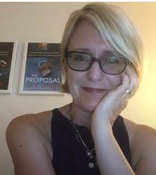 After completing an MA in Creative Writing, she became a tutor at Richmond Adult Community College, where she taught creative writing for over ten years

Her debut, Valentina, was published 2016. Her next book, the dark and twisting best seller, Mother, was published by Bookouture in November 2017 and Susie has gone on to publish gripping psychological thrillers with them ever since.

“In my hands is a black-and-white photograph of my sister and me as kids. I remember this picture being taken so vividly. We were in the back garden of our parents’ wee white house in our wee white town on the edge of Loch Fyne, Inveraray, West coast of Scotland. Our dresses are home-made, floral, real Sound of Music curtain jobs. My mother didn’t make them out of actual curtains, I don’t think. She probably made them from one of her old dresses, some sixties creation – she was always making new clothes from old, making repairs, making do. This will have been ’73, ’74. Annie was about eight, myself about three. I was still a younger sister then. I was still a sister”

“The fire, what came after the fire, the reality of my sister’s life, her death – the truth has fallen in slow rain. Even now, I know I have yet to turn my face to its last acid drops”

“That’s how it is with secrets: they dilute. Your own is the strongest possible concentration, someone else’s already weaker, and so on until the secret is water running as freely through the village as from a burst main”

“I close my eyes, but we cannot close our physical senses to what our mind conjures for us: what images, what sounds”

“Friends with man like Dominic, he probably found himself in his shadow. For such a short man, Dominic’s shadow was surprising long”

“Life is the last thing you can ever take from someone. No matter how evil a person, murder is an act that robs us of our humanity and from which there is no return”

“But loneliness is like shame, she thinks. If you hold your head high, no one can see it. No one can know it is there”

“I close my eyes. Funny how it’s our eyes we close to somehow hear less, when in fact it concentrates the sense even further”

“I just need to believe I can find real love, not fireworks and fancy tricks that end in cruelty. I want kindness. I’m never going to settle for anything less than kindness”

“The most dangerous lies, are the ones we tell ourselves”

And here I was, about to begin this review with a statement which went something like:

A great opening, with some excellent scene setting. A storyline which whilst not an action packed pot boiler, moved along at a steady seamless pace, with some well structured good length chapters. Topped off by an ending which … Hold the front page! … JUST ABOUT FLOORED ME!!

I fear that if I begin to elaborate on that more than adequate premise, I am going to let something slip which is going to give the game away big time, and I want you to be as totally gobsmacked as I was. Of course it was always obvious that there was more to this story than at first met the eye. However there were so many cleverly nuanced twists and turns being added all the time, that I never saw that grand finale coming, that’s for sure!

Alongside all the takes, double-takes and even triple-takes, in this dual timeline psychological thriller, narrated equally in the voices of two sisters, Isla and Annie; there is also the lugubrious, torturous saga, of a family which is on a roller coaster, downward spiral and hell bent on self destruction. An unrequited love might also have disastrous consequences for a professional, who puts their career and reputation on the line, in an act of selfless love.

The violence, the lies, the secrets, the cover-ups, the angst and anger, never let up and were without end. The odd snatches of what passed for happiness were fleeting and few and far between, in a storyline which was definitely both plot and character driven in equal measure. Susie was able to evoke the desperate intensity and terror of prolonged and sustained domestic abuse and coercive behaviour, followed by an almost tangible sigh and exhalation of a long held breath, when the ordeal came to an end.

This multi-layered storyline, was beautifully structured, slowly evolving and definitely not one to be rushed, as its many destructive layers were unfurled like so many wilting petals and cast aside. Intense, wonderfully textured and overwhelmingly claustrophobic, the writing is intricately detailed and rich in atmosphere. The imagery of the narrative adds visual depth and dimension to the plot, making it, if not always a pleasant reading experience, totally immersive and true to itself.

The juxtaposition of a cruel life lived behind closed doors, with the beauty of the two locations which Annie has hitherto called home, seems rather incongruous. However Susie has really captured the peace and calm of two of my favourite places; Loch Fyne in Scotland, which still calls for me to return, even after so many years; and the beautiful Dorset coastline, which in quieter times, is my ‘go to’ escape from reality. Whilst maybe not quite sufficiently detailed for real ‘armchair travel’ enthusiasts, her descriptive narrative definitely adds an extra layer to the story.

A cast of uninspiring, disparate characters, really owned this storyline from beginning to end and called all the shots, deciding just how much information was going to be revealed to me and when. Well defined and developed in their individual roles, they were always complex and emotionally starved; often vulnerable, raw and passionate; yet never truly authentic or believable. They were all deep, yet without real depth; animated but manipulative; and with little genuine synergy between them, they were never going to be engaging or easy to invest in. They almost sucked the air out of any room they were in, yet without their soul destroying uniqueness, and their ability to stick together as only a small and insular community can, this story just wouldn’t have had the same impact.

This was definitely a book which took me on a unique and personal journey, as so many times I thought I knew exactly what the outcome was going to be, only to be thwarted at every turn on this long and winding road. Revenge may not have been the original intention, but it turned out that it was definitely a dish best and most satisfyingly, served cold! 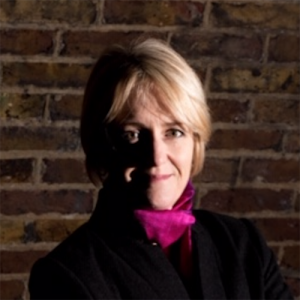 A complimentary kindle download of this book, for review purposes, was made available by the publisher Bookouture and supplied by NetGalley.