His Hidden Wife
by Wendy Clarke
Books On Tour
Review 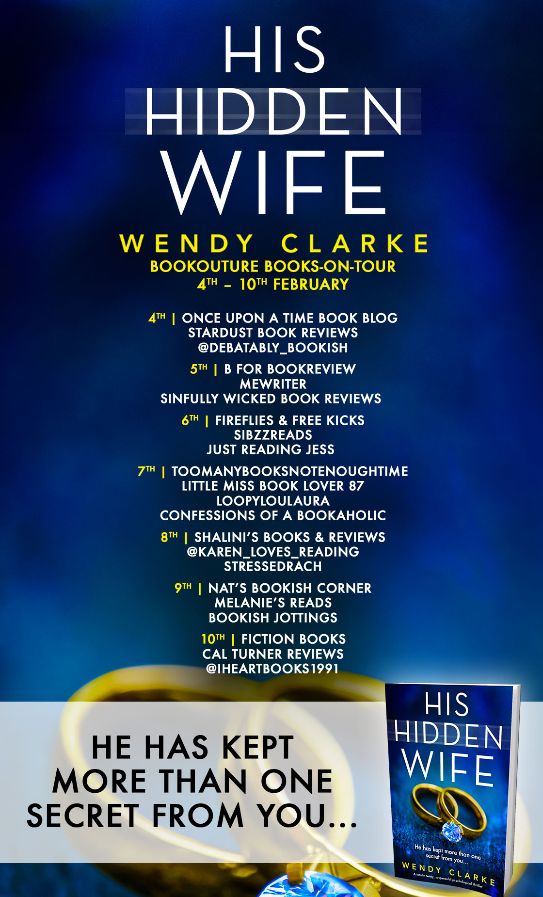 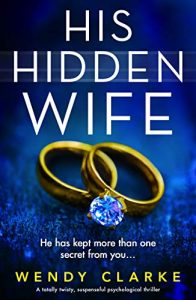 The first time you see them, out for an evening walk on the cliffs, you’ll think they’re the perfect family. You’ll see a wife who looks so happy, strolling peacefully beside her husband in his dark winter coat, holding her daughter’s hand. But you have no idea what’s really happening in their house…

If you come a little closer you might hear the way the man speaks to his wife.

You might notice that the woman doesn’t have any close friends. That sometimes her husband doesn’t want her to leave the house. You might wonder if that’s a scar her beautiful daughter is hiding on her neck.

When you read the local newspaper and hear the news that the wife has fallen from the cliffs, you’ll question whether it was really an accident at all.

And when the husband starts dating someone new – a woman with the same long dark hair and big blue eyes as his wife – will you say something this time?

Because someone has to protect the little girl and stop history from repeating itself. And it may already be too late. 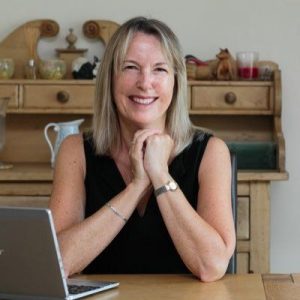 Wendy Clarke is a bestselling author of psychological thrillers.

After enrolling in an online writing course, she began her career writing short fiction and serials for national women’s magazines. Over three hundred short stories and many published serials later, she progressed to writing novels.

With a degree in psychology, and intrigued with how the human mind can affect behaviour, it was inevitable that Wendy would eventually want to explore her darker side, which she did whilst on holiday in the Lake District.

Wendy lives with her husband and pets in Sussex and when not writing is usually dancing, singing or watching any programme that involves food!

Keep up with all Wendy’s latest news at her website

“The child is lying a few hundred yards from the cliff path, beneath the braced legs of the electricity pylon, her hair spread out, Medusa-like on the long damp grass. The grey school skirt she put on that morning is soiled with mud, and there’s a gaping rip in her grey woollen tights. Over by the scraggly hawthorn bush, one black patent shoe lies upside down, while the other clings stubbornly to her small foot”

“The door closes with a satisfying click, and after a few seconds, Teresa hears Louise on reception call out goodbye. A deeper voice replies, then there’s the sound of the outside door slamming, and through the partly closed blinds Teresa sees her last client stride down the path to where his car is waiting in the street”

“She doesn’t want the dark mist to descend on him as it does sometimes when he’s under pressure. Causing him to close the curtains and take to his bed, all offers of food or conversation refused. She doesn’t want to upset him, to force him to relive memories he would rather forget”

“You’re only one decision away from a totally different life”

“The past is sometimes hidden just under the surface of the present. With help, if you peel that layer away, it can come back to life”

“Anger’s not always a bad thing, you know. It’s a tool that helps us to read and respond to upsetting situations. The trick is to express it properly. That’s much healthier than bottling it up”

“He has kept more than one secret from you”

This book has definitely set the benchmark for creepy and twisted psychological thrillers, for the rest of 2021! – And I’m never ever making an appointment for a consultation with a therapist, that’s for sure! Even travelling to Lyme Regis and Bridport, two of my favourite places on the Jurassic Coast, will never be the same again, especially some of the many clifftop walks I have enjoyed so much in the past!

The opening lines from the prologue set up the backstory; with that same image and physical location being the focal point, which is revisited on several occasions during the course of this engrossing and disturbing storyline; leading to an ending which although consigned to a box in the back of my mind, and that of our main protagonist, still leaves that echo of doubt niggling away, that everything is not quite as cut and dried as we might have been led to believe!

Multi-layered is probably an understatement when it comes to trying to analyse the complexity of the story which opened up before me. I felt a palpable tension in the air as I began reading, with the suspense only intensifying as the storyline unfolded, leaving this a far from relaxing read, as I was continually on edge and needing to turn the pages ever faster! The twists and turns in this multi-faceted plot, just kept coming and there were more than enough red herrings to trip up even the most consummate thriller reader and they did me, constantly. Several times I had the storyline all worked out and straight in my mind; who was fooling who, who might have committed murder, who might be planning murder, who was bad pretending to be good, and who was good but was fooling everyone because they were really only covering their tracks; and every time, with the mere turn of a page, my mind was changed again!

This plot was compellingly and intricately built, lie by lie like the bricks of a child’s construction set, then dismantled piece by piece like a game of Jenga, until that one vital corner was pushed out in error and the whole thing collapsed into an untidy mess. A richly crafted and masterfully written, penetrating insight into the vagaries of the human mind, as witnessed from multiple perspectives, but with no single one of them being any less twisted than the others, until I wasn’t really sure exactly who was fooling who!

Whilst in itself this was not a particularly fast paced story, some mature and  effortlessly skilled narrative and dialogue kept things seamlessly moving along, with the compelling blend and ever shifting sands of multiple duplicitous characters, the never-ending stream of secrets, and game changing event dynamics. There were only ever going to be two losers in this whole sorry affair and unfortunately those were the two young people involved, who both in different ways and with individual outcomes, have had their lives changed, and in Maya’s case completely rewritten, forever.

Talking about characters, which I suppose I must! There was not a particularly big cast of primary characters and although they were well drawn and developed, I found it really difficult to relate to, or engage with, any single one of them, which I suspect, was exactly as the had author intended. Keeping true to the personalities they had each been allocated, they were all far too complex and ‘needy’ to have any synergy going on between them. Add to that the many layers of facade, lies, deceit, secrets, selfishness, guilt, vindictiveness and vengeful thoughts, they all seemed to be harbouring, one against another, and you can see why I found none of them particularly likeable or investable!

There really are no winners in this story! – “Hell hath no fury like a woman scorned” 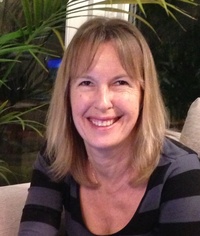