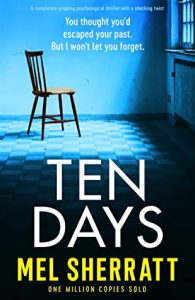 ‘Let me out! Please!’ I shouted, banging on the door. How had I got here? What day was it? I couldn’t remember anything. But I knew I had become the fifth woman to be abducted.

As my eyes adjust to the darkness, I’m filled with dread. Everything looks just like the others described: a small hole in the door, a mattress and a narrow window allowing only a small chink of light. The jewellery given to me by my loving husband has gone and I’m in someone else’s clothes.

Just days before, I had interviewed the third victim for the local paper. She couldn’t stop shaking. Her story was the same as those before her: an ordinary woman, locked away for ten days then released with no explanation, and nothing – nothing she could think of – to link her to the others. Throughout the ordeal, her abductor stayed eerily silent.

I tell myself I’ll be safe in ten days. But I can’t help thinking of the fourth victim who is still missing. And then I hear the voice coming through the door. ‘You said everything would be fine. But it wasn’t was it?’ It is then that I realise. If I am to make it out alive, I need to revisit a dark secret of my own that I have spent a lifetime trying to forget. 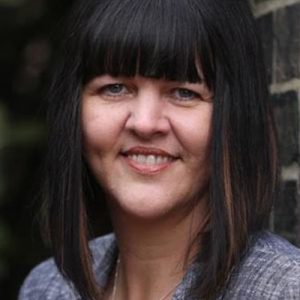 As of July 2021, Mel has published fifteen novels:  police procedurals, psychological thrillers and fiction with a punch – or grit-lit, as she likes to call it.

And then there is her ‘pink side’ – writing as Marcie Steele, when all her women’s fiction novels take you to the heart of the story.

Since 2012, all of her books have become bestsellers, each one climbing into the Kindle UK top 10, with several in the top 3, and many international bestsellers too.

If you were to ask her, she would tell you that she is not sure which she is most proud of – being on the list of Stoke-on-Trent’s top 100 most influential people 2017-2020, or after years of rejection going on to sell over 1.5 million books.


She regularly appears at festivals, conferences and events across the country – her favourites being London Book Fair and Theakstons Old Peculiar Crime Writing Festival, Harrogate. Her work is also often featured in popular journals and magazines.

Mel lives in Stoke-on-Trent, Staffordshire, UK, with her husband and terrier, Dexter (named after the TV serial killer) and she makes liberal use of her hometown as a backdrop for some of her books.

“I have been fascinated by some of the research I’ve done around relationships between abductors and abductees, sadly in some cases over many years, which has raised many questions: Is it always nature versus nurture? Is there an evil streak in some people and not others? Could it be a sequence of events over a short period that makes someone crack, or a whole life of bad things happening to them? And how would we ever know after the event anyway? That’s what makes it so interesting to write crime fiction”

“The room is almost in darkness. The smell of pee fills my nostrils and I turn my nose up in disgust. I try to think of something else but it isn’t easy. I look down at him, lying still next to me. My arm is around his shoulder, and he clings to my body. I don’t know what else to do”

“I like this part best. The not knowing exactly how it’s going to turn out”

“I spend a lot of time plotting to hurt people I don’t know. It’s the only thing that makes me happy on my commute into the city centre. Thinking of what I could do to others while I don’t interact with anyone at all. That’s how I like to be – on the periphery”

“Childhood is supposed to be the best part of your life but, mark my words, it isn’t unless you have loving parents. And even then, it can change in a heartbeat. The world you know and love can disappear totally in a few weeks”

“Don’t be stupid. I’m the invisible girl. The victim that everyone intended to help but, when it came to it, no one ever did”

“No one can be invisible forever”

“You thought you’d escaped your past”

Oh my goodness! Which middle earth cave have I just emerged from, that I have not heard about this author before?

When I first began reading, it became apparent that much of the premise was already known and being freely shared with me, so my initial reaction was how could this storyline provide enough oomph! as a thriller. Surely it would have been more suited being classified as a suspense novel? Then Bam! I was hit full force between the eyes and this full-throttle, psychological thriller took a grip of me body and soul, not letting go until the very last page, when I was spat out, a completely broken nervous wreck after being constantly kept on the edge of my seat and having my emotions played one way then another, by just about everyone involved in the telling of this story.

Those opening lines which had already taken my breath away, were only a brief teaser taster and held no real indication of what was to come once the palpable tension had really begun to be ratchetted up and the storyline gathered momentum. The ending was satisfying in that the body count had been kept to a minimum and the perpetrator was incarcerated in a suitable fashion, however everyone left alive and standing was traumatised and broken, each in their own way now being left to battle their own, long supressed, but reawakened demons. This was one outcome that I wouldn’t ever rely on as being ‘final’ and if I was Eva, I would always be looking over my shoulder – after all, Alex was not the only one with secrets to hide!

The chapters are quite short and concise, although they do jot back and forth quite a lot between timelines and narrators. However as soon as I realised whose voice I was hearing and I worked out which timeline I was in, the signposting styling became clearer and the sequencing was relatively easy to follow, with some highly perceptive and punchy narrative and dialogue keeping the pace steady and the storyline fluid.

This multi-layered story, was well structured, highly textured, and ultra intense. Author Mell Sherratt, definitely had plans for how she wanted my journey to progress whilst I was reading, adroitly dropping in so many little bombshells and weaving so many devious twists and turns into the plot, which maintained the constant wow! factor, to ensure that I never deviated from that path. Although I have to come clean and admit that I had worked out one of the most important game-changing factors to emerge about a third of the way in, and only just before it was revealed – but they all count to my way of thinking!

A very difficult and disturbing subject, was treated with gripping and compelling realism, and told with assured authority, raw passion and complete confidence, by an author who never flinched when it came to telling things as they were in Alex’s broken, warped and damaged mind. That a system which was designed to protect, nurture and care for the most vulnerable in society, even and perhaps, especially when, such unspeakable things were happening behind closed doors, in that place which should provide a safe haven, went so horribly wrong, who is ultimately to accept responsibility for the damage caused and shoulder the blame?

Alex has had plenty of time to ponder that question over the intervening years and the decision is that everyone in the chain is equally to blame for the monster victim they have created. However the grip on reality is slowly losing the battle over a mind which has suffered so terribly, until fact and fiction, truth and lies, know no boundaries and victim becomes aggressor in the most awful of ways, as everyone involved becomes a target for their vengeful retribution.

A compulsive, devastating social commentary of our time and a richly crafted study of human behaviour, dominate this lugubrious storyline, where there are no winners, just invisible victims. So many secrets, even more lies and untruths and escaping with her sanity intact, is Eva’s best and only outcome!

The attention to detail when developing the complex characters and the loud and clear voice which they are given to tell their own story, are the defining factors in the story. When it transpires that perpetrator and captive share a similar secret, the circle is complete. How they individually choose to deal with that burden, is what separates them as victims. None of the characters are particularly likable and I found it difficult to invest in, or empathise with any of them. When it comes down to it, they all have emotional baggage, much of which has been heaped upon them by a broken, disjointed system, leaving them emotionally scarred and bruised by the battle.

They do say that ‘revenge is a dish best served cold’, although this story would probably argue a good case against that, and very much goes to prove the point that revenge is a dish that can be served up at any temperature!

A complimentary kindle download of this book, for review purposes, was made available by the publisher Bookouture and supplied by NetGalley.