A little about the book

Check out those all important ‘First Lines’ here, where there is also an excellent short guest post written by the author.

An author in the spotlight 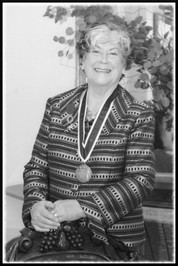 Gwyneth is also a great cook, very much in the French and Italian styles but also likes to resuscitate old English recipes and share Welsh recipes inspired by her mother and maternal grandmother.

In fact there are not many things that she refuses to enjoy, so she hopes you will find the same enjoyment in her writing.

You only look for explanations when you know one is necessary.

It’s only your busybody nature that’s suggesting it to your obsessive character.

Who cares where you come from or what colour you are? There are no roots and no branches out there, only trees

“I Prefer My Mysteries In Books”

When I first read the synopsis of this book and the profile of the author, who has firmly planted British roots, I must admit that I was already envisaging a story of Agatha Christie proportions, possibly a Hercule Poirot style adventure, given the accompanying cover art, which to my eye somehow seemed to suit the era.

However, I had totally underestimated Gwyneths other, long standing love affair, with the Canadian people, which immediately I began reading changed my perspective, as I became immersed in the transatlantic ‘Murder She Wrote’ world of Jessica Fletcher style. Main protagonist Sara even works with books, although it is in translating, rather than authoring them.

As we meet Sara, she is trying to make sense of a French translation of a 1930s style murder/mystery, which she is finding very mundane and boring. So, very Sara style, she is jetting off to Paris, to secure a more exciting and lucrative contract, that she can really get her teeth into. Very ‘Jessica Fletcher’ style, this is where things begin to go horribly wrong for Sara, although she deals with things in her own indomitable way … or at least she thinks she does!

Yes, this delightful book might be described as a cozy mystery, or even a mystery caper, given its sometimes slightly humorous and tongue in cheek dialogue exchanges, but take it from me, it is so much more!

Gwyneth tackles her story from so many different angles and with so much energy and panache, that it is difficult to keep up with all the twists and turns that work their way surreptitiously into the narrative, unless you pay close attention to the detail.

Gwyneth’s writing also brings an abundance of authenticity, social history and international detail, to her storyline and characters, which only a true passion for her subject, together with plenty of detailed research can hope to achieve.

Keeping up, both physically and mentally, with main protagonist Sara, left me exhausted but happy after each reading session and eager to get back into her hectic world, just as soon as I could.

Sara is a determined and tenacious woman, fiercely loyal to her family and friends, but it is like trying to shake off a dog with a bone, when she gets her teeth into a good story and that’s where things begin to go awry for her long-suffering husband, who seems to have spent most of his time being out-numbered and out-voted by the three most favourite women in his life, Sara and their two equally opinionated and passionate daughters. He loves all three dearly, but when Sara literally, ‘brings her work home with her’ and the girls decide to unite and gang up on him, to solve a real-life murder/mystery of their own, he really doesn’t stand much of a chance, even when all their lives are put in danger!

In fact, it isn’t until Sara is physically attacked and injured, that the pieces of the jigsaw begin to fit together and the family realise that the danger signs are coming from a lot closer to home than they cared to think about.

As this was a Goodreads Giveaway competition win, I received a complimentary and beautifully dedicated, paperback copy of Last Step from the author herself.