Last Stop On The 6
by Patricia Dunn
Review 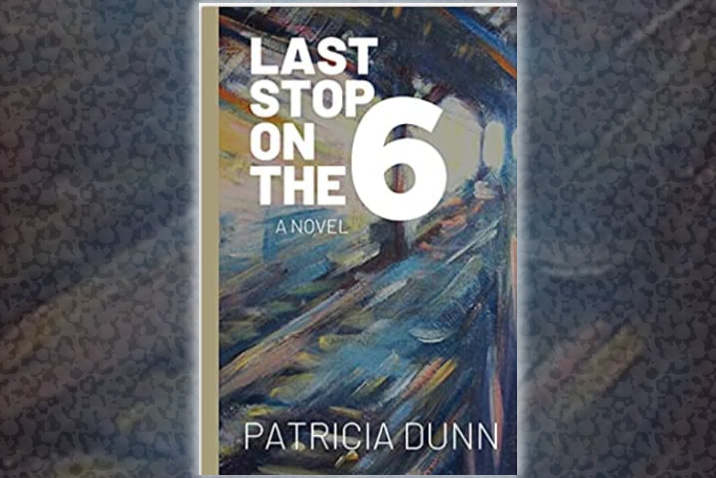 LAST STOP ON THE 6 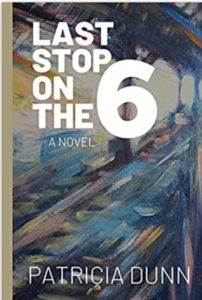 Angela Campanosi fled her home in the Italian-American enclave of Pelham Bay, the Bronx, after an accident left her brother, Jimmy, an up-and-coming actor, paralyzed.

Now, after a decade as a political activist in Venice, California, Angela is back in her childhood home about to topple her family’s tower of secrets—the truth about her brother’s accident, impending marriage and subsequent disappearance; her alcoholic father’s fall off the wagon; and her former boyfriend’s recovery from heroin addiction. And most of all, why Fat Freddie is tormenting her family.

What could possibly go wrong?

As Angela navigates love, guilt, and red gravy, she learns the price of living in the past, allowing her parents to squeeze her back into her childhood bedroom, and the cost of redemption. LAST STOP ON THE 6 is the express train back to those feelings we thought we left behind and the heartfelt promise of something better when we face them at last. 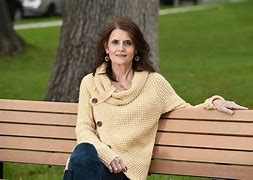 Patricia is the author of the young adult novel Rebels by Accident (Sourcebooks Fire). Her writing has appeared on Salon, in The Village Voice, The Nation, LA Weekly, The Christian Science Monitor; in the anthology Love, InshAllah: The Secret Love Lives of American Muslim Women (Soft Skull); and elsewhere.

This Italian-American, Bronx-raised, rebel has travelled the world. These days, Patricia can be found on her living room couch working on her next novel, or zooming with aspiring and established writers, of course, always in a suit and tie.

Last Stop on the 6, her first novel for adults, is forthcoming with Bordighera Press, Fall 2021.

“It was the night of January 12, 1991, after the largest protest in Los Angeles since Vietnam. We had three days left to stop a war. I’d been center stage, had shouted until my face flamed, until thousands chanted, “NO BLOOD FOR OIL.” Now I found myself in a holding cell, sharing a cold concrete bench with another woman, who hadn’t meant to stab her pimp in the neck. She’d been aiming for his eyeball”

“Jimmy needed a wife who could stand up to his mother, not some sweeter-than-saccharine wimp, a woman who tasted delicious but was carcinogenic”

“Whatever you do in this world – and I don’t care what it is, if it makes you money, or makes you happy – but do what makes you feel the way the woman on that screen feels. You care, it matters. Passion. Now that’s what I’m talking about”

“You ran away because you loved too much, and your heart wasn’t strong enough to take it all in. It needed to mature a little”

“Can you ever really go home again?”

From the very first page, this storyline reminded me so much of one so very similar, written by an author who hailed originally from New Jersey (not a million miles away from The Bronx), and which I was fortunate enough to review some years ago. That book, was by the author’s own admission, part fiction, part autobiography and part self-actualization, so I made some rather rash assumptions and spent copious amounts of time trawling Patricia’s website and any interviews she had given, for any inkling that Last Stop On The 6 might be in any way personal to her.

Oh! How I wish I had read the very, very last page of my download first, as the question which had been hanging in the air from the moment I read the first words of the story, would have been answered right away and I could have stopped torturing myself, wondering how I could objectively do true justice to any review of quite so personal a story.

From the very first sentence, this story hit the ground running and the adrenalin fuelled levels of angst and ‘what the f***’ ( that word is used quite copiously throughout, but always in keeping with the usual language and behaviour of the characters and never gratuitously) action never let up until the ‘fat lady had finished singing’, or in this case, until the wedding of the year had been successfully conducted, and for once the lights went out on a peaceful scene of domesticity – but I suspect only until the next time, which I’m sure won’t be too far away!

I laughed ’til I cried. Then cried ’til I laughed, and all the emotions in between, sometimes without ever really knowing why, but possibly just because my senses were on such overload and so flooded with the narrative and dialogue surrounding this surely one-of-a-kind, original, quirky and very dysfunctional family and their day-to-day comedy of errors, called life. Their troubles are  heartfelt, and take on serious fundamental issues, but at the same time they don’t seem to take themselves too seriously, it really is all just so much ‘noise’ and posturing. Although I think that just about every family has a tale to tell, or maybe more than one, which resonates with at least some of the multitudinous issues which Angela, her family unit and circle of close friends have to deal with, to have this many catastrophes all come together, in a pressure cooker environment which always sounds fit to explode at any moment, really does just beggar belief and had me suspending all sense of reality in the situation, whilst unable to stop reading and not being able to turn the pages fast enough, to see what happened next! It seemed as though just about every one of the Ten Commandments and the Seven Deadly Sins were all broken at the same time, in a vast kaleidoscopic image of fractured pieces! A terrible life-changing event from the past, threatens the potential for a brighter future, unless Angela can come to terms with the fact that she has the power to shape and change her own destiny, rather than follow the deprecating path of self-doubt and guilt she has set for herself, especially when she learns that her brother Jimmy, the subject of her guilty conscience, has a flipping huge secret of his own. Given Angela’s random thought processes and knee-jerk actions, when she knows the truth, whether Jimmy will live long enough to make it to the altar, is anybody’s guess!

This was a multi-layered, highly textured and tactile, intense storyline, which despite its seemingly haphazard construction, was in fact thoughtfully and seamlessly structured, fluid, fluent and beautifully rich in atmosphere. At times sad and poignant, it asks the question, “do we ever really leave home, yet can we ever truly go back?” I was totally immersed in the day-to-day life of the characters, invited into their world like a long lost friend,  as the visuality and depth engendered by the author’s words brought them to life and lifted them from the pages. Wonderfully quick-witted, penetrating, unconventional and unique, replete with numerous observational, descriptive and anecdotal everyday incidents, this was real-life storytelling at its very best, told with consummate ease and authority, but always from the heart.

The package however, would be nothing without its cast of disparate, colourful and highly emotionally charged, larger-than-life characters, who each have an important and pivotal role to play in the eventual end game. Each is well drawn and defined, complex and volatile, raw and passionate and are not quite always reliable witnesses with a good code of ethics. However they are also addictive and amusing, vulnerable and searching for a sense of belonging, have a great dynamism and synergy between them and are generally genuine and believable behind that bluff exterior. The constant sniping and feuding is like an unconscious normality for them, they just can’t help themselves, so used to it have they become. But deep down, although they have often been beaten by the injustices of life and circumstance, they still have the one quality which Angela is about to discover conquers all – Love!

I look at the svelte image of author Patricia Dunn and have to assure her, that I’m sure I am not alone when I admit that we women of a certain age and expanded girth, like Mommy, still keep a small handful of those ‘slutty’, slinky size 6 & 8 little numbers, tucked right at the back of our wardrobes, as a reminder of way back when and what might be again when we shed the excess stones and can get back into them!! Okay! I will admit that the Dallas, Dynasty style shoulder pads, which did come back into fashion again briefly a couple of seasons ago, were finally consigned to the vintage online shop of my local hospice charity and I now have the balls to admit that the chances of me ever seeing size 6 again, is a pie-in-the-sky fantasy dream, but along with Mommy, I still covet those one or two items, for old-times sake!

Whilst my own, and possibly not too many of my fellow readers’ own personal experiences, could quite mirror or live up to the extremes of life in the Marchesi / Campanosi / Petrolli household, this book definitely took me on a totally unique and individual rollercoaster journey, which left me feeling a little battered, bruised and slightly queasy. So I recommend you read this one for yourself and see where your journey leads you!

A complimentary copy of this book, for review purposes, was made available by publicist Meryl Moss Media