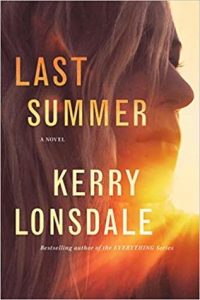 Lifestyle journalist Ella Skye remembers every celebrity she interviewed, every politician she charmed between the sheets, and every socialite who eyed her with envy. The chance meeting with her husband, Damien; their rapid free fall into love; and their low-key, intimate wedding are all locked in her memory. But what she can’t remember is the tragic car accident that ripped her unborn child from her. Ella can’t even recall being pregnant.

Hoping to find the memories of a lost pregnancy that’s left her husband devastated and their home empty, Ella begins delving into her past when she’s assigned an exclusive story about Nathan Donovan, a retired celebrity adventurer who seems to know more about her than she does him. To unravel the mystery of her selective memory loss, Ella follows Nathan from the snowcapped Sierra Nevada to the frozen slopes of southeast Alaska. There she discovers the people she trusts most aren’t the only ones keeping secrets from her—she’s hiding them from herself. Ella quickly learns that some truths are best left forgotten. 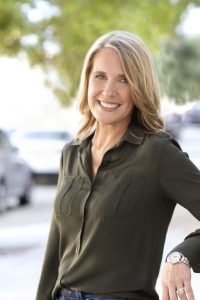 Her books have been translated into 25 languages and are sold in more than 28 countries worldwide.

Keep up with all Kerry’s latest news on her Website

A soft murmur comes from somewhere beyond her dreams. Her name.

He says her name again. It draws her from the depths of slumber. She was dreaming. Dreaming about … what?

“Heads turned. Eyes trailed him to the bar. Tall and athletic with dark-walnut hair and stormy eyes, Damien was apotheotic.”

“It is not a lack of love, but a lack of friendship that makes for unhappy marriages.”

“What kind of marriage do they have if they can’t talk? Reality check. The kind where she cheated on him. Self-loathing is a rusty weight in her stomach, making her queasy.”

“”It’s what I do, El. I protect what’s mine.” “Then why are you leaving me?” He swings the garment bag over his shoulder. “I’m not leaving you. I’m letting you go.””

“How far would you go to get what you want?“

The answer to that question for this desperate ‘love triangle’ of characters is definitely “all the way” and then some!

Admittedly I don’t read too much contemporary romantic fiction, however when this story kicked off, I was all for giving Ella and Damien a chance to impress me, as there is nothing wrong with a good romp and a large dose of slush, every once in a while!

Also, I was more than a little intrigued by Ella’s ‘selective memory loss’, which it turns out was deliberately induced. I had an interesting time checking out various sources on the subject, which for me personally, all adds to the enjoyment of a well researched book. I did also try empathising with Ella, when previous traumatic events in her life came to light, although I struggled with exactly how they influenced her current situation.

There was a bit of a tear-jerker to kick-start the storyline, a scenario which would have reduced even the hardiest of us to quivering wrecks and which I felt showed both Ella and Damien at their best, with their emotions laid bare, albeit in a very controlled way, which is exactly how I would envisage myself dealing with that same situation. There were plenty of half finished conversations and hints of deeper emotional problems, lying barely suppressed beneath a carefully constructed veneer of normality, which the couple were desperately trying to hold together, rather than confront their true feelings …. Or so you are led to believe, very convincingly at first, by some really clever narrative and dialogue by the author!..

Then the cracks begin to show in this carefully choreographed dance, as Ella realizes there is more to her ‘amnesia’ than meets the eye and that somehow Damien is part of and at the heart of some well concealed truth, which he isn’t going to share willingly with her, leaving her feeling isolated and alone.

Enter Nathan, for Ella, no more than another journalistic assignment awarded by the magazine she works for … or so she thinks!

From that point on, the web of lies and deceit become exceedingly tangled, as Ella realises that she has actually known Nathan for some time, although she has no memory of him and any written proof of their meetings has been deleted from her notes and all her correspondence devices. Little by little, Ella pieces together events from her recent past, although she still doesn’t remember them ever happening to her, and she doesn’t particularly like what she discovers about herself – not that she is about to try and change anything, in fact if anything, her actions become more reckless and ill-considered, perhaps a true reflection on her own morals and definitely those of Damien, who seems to have manipulated just about every aspect of the sorry, sordid affair!

Who did what to who? Who said what and when? Who knew how and why? Who is lying to themselves and everyone else, and for what ends?

Kerry has woven the lives of these three individuals together and inextricably, into a twisted and intriguing storyline, which had me rooting for first one, then another of them, as the plot unravelled turn by turn, until I finally realised that you would struggle to find three more selfish, self-centred, egotistical, reprehensible excuses for human beings, without searching for a very long time. There was not one moral compass between them, if indeed there ever had been!

I am not certain that I took away the feelings from this story that the author necessarily intended should be the outcome, however my 4 out of 5 stars are awarded for the strong emotions that the characters and storyline evoked in me personally; for the intricately woven plot which was fluid until the very end, so kept me guessing nicely; and for some equally engrossing dialogue and narrative, which brought the characters to life on the pages.

A complimentary download of this book, published by Lake Union Publishing, and supported by Little Bird Publicity, was kindly made available and supplied by NetGalley.