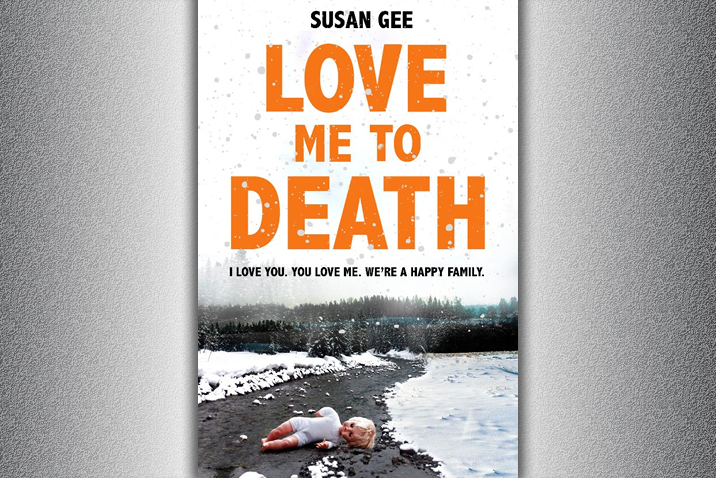 LOVE ME TO DEATH 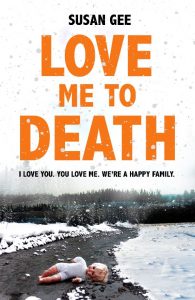 Something sinister stirs in Stockport…

The police find a young woman’s body in the woods the same week a couple discover a crude, handmade doll in Lyme Park. But are the two findings connected… or a strange coincidence?

In a town full of loners and unhappy families, nothing is as it seems…

All Mr Anderson wants is a family. After his elderly mother died, he was almost unbearably lonely. Now it’s time for him to claim his own.

All Jacob wants is for Maggie to love him back. She only has eyes for the Vincent twins – but maybe he can make her see just how much he cares.

And everyone is a suspect. 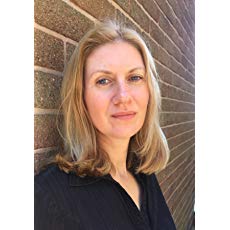 Susan Gee is a crime writer from Stockport, in the North West of England, where she lives with her husband and family.

She has an MA in Creative Writing from Manchester University and was a finalist in the Good Housekeeping Novel Competition and the Daily Mail ‘Write a Best Seller’.

Susan is represented by the LBA Literary Agency.

“I think inspiration comes from every book that you read. There is always something that you take away from a novel.”

“Stockport was thick with snow. The heaviest it had been for years. The red-bricked buildings were edged in a thick white covering that twinkled under the streetlights and hid the dirty grey pavements. There was no sign of it stopping either. It was relentless. Fat white flakes that slid down the windows and piled up along the window ledges. The trains had been cancelled and some of the schools were closed. Snow fell on impacted ice and a biting wind howled through the streets”

“I LOVE YOU. YOU LOVE ME. WE’RE A HAPPY FAMILY”

I generally associate this slow burning, claustrophobic, lugubrious style of storytelling with some of the top-notch Nordic writers, who seem to excel at it. I have come across one or two authors closer to home, who have perfected the knack of really dragging an audience into the clutches of a storyline and believe me, Susan Gee has placed herself right up there with the best!

So here is my potted, hopefully spoiler free dash through the storyline…

The police are called when a rather unusual and very scary, homemade doll is found in Lyme Park, Stockport. This is followed in quick succession by the separate discoveries of the bodies of two homeless men, (one very young, the other older) and a teenage girl. The deaths of the two men are particularly gruesome and sickening, in their execution, although there is very little for the police to go on, towards finding the perpetrator(s) of the murders.

Middle-aged and single, librarian Mr. Anderson lives alone since the death of his mother and whilst, due to the nature of their very claustrophobic relationship, his new-found freedom is very welcome, it does come at a price, which is his abject loneliness and obsessive desire to create for himself, the perfect family of his own, although his methods are unorthodox and disquieting, to say the least.

His neighbours are the equally eccentric and dysfunctional Clarke family, comprising of Dave, his son Jacob, his daughter, and their stepmother Paula. Jacob is an excellent artist, skilled in drawing and the spitting image of his late mother, who lived a mentally tortured and fragile life, which tragically ended far too soon. Both children have begun to discover a new bond and relationship with their father, until Paula arrives on the scene, when a besotted Dave only has eyes for his new wife and Jacob discovers first-hand, the truth behind the epithet of ‘the wicked stepmother’. Jacob has always been a bit of a loner, however with Paula making no bones about the fact that she wants him gone from the home just as soon as he is old enough, he becomes very insular, insecure and missing his mother more than he ever has.

The only ‘sort of’ friend Jacob has, is Maggie, although they have a very tenuous relationship, which a naïve Jacob fervently protects as best he can, whilst Maggie tends to blow hot and cold on him, preferring instead to spend much of her time with the Vincent brothers, twins Matty and Billy, who take nothing but enjoyment from belittling and torturing Jacob and any other vulnerable person, at every opportunity and are not to be trusted. Jacob spends much of his time in the reference library, where he can escape from the realities of life, and it is here that Mr. Anderson begins to take a bit too much of an interest in and cultivate, the vulnerable young man.

The female body is discovered to be that of Jayne, Maggie’s cousin and whilst everyone assumes that the three murders are connected in some way, it becomes apparent that this may not indeed be the case, especially when information is given to the police, from a very unexpected source. The identity of Jayne’s murderer comes as a bit of a shocker to everyone, except for Mr. Anderson and events in the Clarke household take a much more sinister turn when Paula’s treatment of Jacob is outed, but only when his life is balanced on a knife-edge and genuine help comes from an unexpected direction.

With two murders still left unresolved, when Paula disappears, as if into thin air, it appears that no one is really bothered. However, let’s just hope that now, a certain DIY craft project is complete…

Having the author writing about an area with which she is no doubt familiar, some wonderfully rendered, fluent, atmospheric and visually descriptive narrative, deeply immersed me in the Stockport location of the story and offered a really genuine sense of time and place. A real ‘armchair travellers’ heaven, although I never actually travelled more than a few miles from my starting point and the physical footprint of the storyline was actually much smaller than it appeared.

This well structured, multi-layered, gripping and intense storyline, was never going to rock the world in the ‘action packed’ stakes, however the pace was steady and enough to keep me guessing right until the end and the cloying air of constant suspicion with which Susan cloaked everyone on her suspect list, made for an oppressively tense atmosphere throughout. The lies, duplicity, double standards, and all those dirty little secrets, were so widespread and attributed to so many different individuals, all with their own agendas, that melding them together into such a highly textured and cohesive storyline, was wickedly clever, slick and polished, and pulled off to perfection, with the twists and double twists coming one after the other, right until the final scene. Just about everyone was a suspect and at one point, I had no idea whether there was one single or multiple perpetrators, so twisted, disturbing and deep did the plot become.

Susan explored many different psychological issues with her characters and the long-term effects and scars some of those events might leave. Mr. Anderson sees only similarities between Jacob and himself, in that they both suffered unhappy childhoods. As much as I tried to feel any sympathy for Mr. Anderson, I really struggled. However Jacob had known what it was like to have two parents surrounding him with love, only to have that comfort and happiness so cruelly taken away from him, by a stepmother whose abuse is so focused that Jacob hasn’t reached out to anyone for help, because he has convinced  himself that no one apart from the two of them, would ever believe what was going on. Despite their age disparity, I wonder if the two men were really were so different after all, or was the only common bond between them, the refuge of the library, where they both liked to be left alone with their thoughts. They are both on the outside of society and  searching for something that is just out of reach. The need for acceptance, for love and family is something universal and yet their paths couldn’t be more different.

To raise any semblance of vim or energy from this disparate, complex bunch of dark and dour characters, was like wading through a sea of treacle and never reaching the shore to be able to escape its sticky clutches. Any kind of genuine emotion or synergy was lacking, other than the negative energy which oozed from every pore of their being, and the lies which tripped so glibly from their tongues. Each has secrets which they have become adept at hiding from everyone, making them highly unreliable and volatile. Even the police officers assigned to the case seemed to be excessively weighed down by the burden of the investigation and showed no real purpose or intent to solve the crimes, until a partial answer was delivered to their door and all but dropped into their laps with a written explanation. By then it had looked as though someone might be literally be about to ‘get away with murder’! Altogether, a well defined cast of characters, some of whom were more fully developed than others, none of whom were particularly compelling, but all of whom played their parts to perfection

I almost feel a bit mean in downgrading this one to 4* rather than the full 5. However, I was a little niggled by several grammatical and spelling errors in my download, which whilst not spoiling my overall enjoyment of the story, just showed a slight lack of attention to detail. If these small oversights were corrected in later versions, then I hope the author will accept my profound apologies.

A complimentary kindle download of this book, for review purposes, was made available by the publisher Aria Fiction and supplied by NetGalley.

Thank you so much for taking time to read my review, I appreciate your support.