‘Mags And The AARP Gang’
By Nancy Lynn Jarvis

‘MAGS AND THE AARP GANG’ 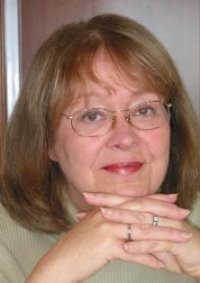 For this book, Nancy has put the realtor crime scene on hold, whilst she ventures a little deeper into the realms of the ‘cozy mystery’, with ‘Mags and the AARP Gang’.

I’m getting near the end of my allotted stretch here and it’s high time I do something that will make people whisper about me behind my back. If that something is meaningful, something of service to my fellows, something that brings about some justice in the world, that’s all the better.

You have taken away my hope, Jeffery, and what you will learn is that people with no hope are either quitters or dangerous. I have never been a quitter, and I’m not about to become one at my age.

They pretend to be old, all right, but anyone could tell they weren’t. Obviously, genuinely old people would never do anything like this, anything like rob a bank, at least not so ably.

Author, Nancy Lynn Jarvis, may have put on hold her more usual storyline of realtor crime scenes, however this book has a more than passing interest in the real estate market, although in a way which I would never have dreamed up as a scenario and one which left me filled with a myriad emotions, long after I had finished reading.

Age can be quite a difficult issue to deal with and certainly to write about, however I felt that Nancy has handled this delicate issue remarkably well, striking just the right balance between sympathy and sensitivity, countered with proportionate amounts of humour and frustration, whilst at all times retaining the dignity and respect desired and deserved, for the characters involved.

Before I even turned the first page, I was beset with visions of this group of octogenarian citizens sat around the kitchen table, planning a bank job, even more amazingly, actually going through with it! I tried to envisage my own father and my in-laws, who all fall well within the prescribed age group, having the audacity, or even the will to devise such a plan! My initial reaction was to chuckle aloud at the prospect, however I then realised that this would never truly happen, because of the strong respect and almost fear this current demographic of society has, for what they perceive to be the systems of authority. Perhaps Mags and her co-conspirators are a sign of the changing face of modern society!

That Mags and her fellow conspirators felt their plight to be so perilous and their need for action so desperate, that they even considered this drastic course of events, only served to reinforce my own opinions of the often cruel and callous nature of our behaviour towards vulnerable groups of people in todays ‘modern’ society. I found myself surprised at the conflicting emotions and thought provoking moments which manifested themselves, as the initially rather vague plan, under Mags’s meticulous and often autocratic mangement took on a life of its own, despite rather than in spite of, the obvious physical and emotional fragility and vulnerability of this once haven of a retirement community.

Mags only becomes leader of this elderly group of would be desperados, after Henry, who conceived and organised the plan, sadly passed away before he could see it put into action. She is, although very opinionated, determined and strong-willed, completely distraught by Henry’s sudden and unexpected death and I could sense her almost visibly having to regroup and gather all her strength, to carry on with a plan, which at the very least appeared almost comical and at worst, most foolhardy.

That the plan, as frought with difficulties as it so obviously is, even takes place, let alone succeeds, is a cause for amazement and celebration. However, when the stress and trauma of the situation suddenly dawns on the group, the cracks begin to show and it takes all of Mags last reserves of stamina and stoicism, to hold them together and make one last stand for what she believes is right for herself and her fellow conspirators after all they have been through, whilst still ensuring that their inherent generational sense of ‘rightness’, is maintained and upheld.

When Mags herself is physically threatened by outsiders, hoping to cash in on her success, she finally finds her moment to shine, as only she knows she could and truly fulfil the potential her father saw in her, way back at the time of her birth. Fear gives way to indignation, physical weakness is overwhelmed by inner strength and the primal urge for revenge at the invasion of her privacy is tempered with the understanding and ‘tough love’ which only comes with the passing years and gathered experiences.

The group find additional support from two unlikely sources, one of whom is desperate to see the retirement park kept open and the residents left alone to live out their lives in a secure and peaceful way, the other who can secure enough public influence to ensure that the facts of the situation are broadcast loud and clear, even though they may only be doing so, partially for their own fame and glory.

See through the ‘cozy’ and slightly tongue in cheek aspects of this unconventional and unique storyline, to uncover a sympathetic and sensitive sub story, where joy and uplifting hope ultimately win out over pain, greed and sorrow, with the heart and spirit being left lifted by a community’s sense of shame and ‘rightness’ …. A touching and poignant story.

As this book was a review request, a complimentary Kindle edition of ‘Mags And The AARP Gang’ was sent to me by its author, Nancy Lynn Jarvis.

Written by Yvonne
12 comments
The Diabolist
by Layton Green
Review
FacebookTwitter
“I killed a woman tonight. One shot through the heart.”
Night Shield by Nora Roberts
Review