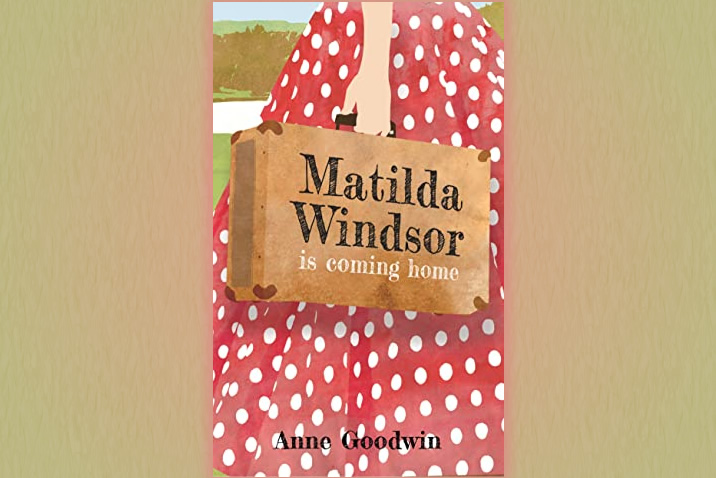 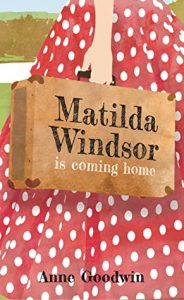 In the dying days of the old asylums, three paths intersect.

Henry was only a boy when he waved goodbye to his glamorous grown-up sister; approaching sixty, his life is still on hold as he awaits her return.

As a high-society hostess renowned for her recitals, Matty’s burden weighs heavily upon her, but she bears it with fortitude and grace.

Janice, a young social worker, wants to set the world to rights, but she needs to tackle challenges closer to home.

A brother and sister separated by decades of deceit.

Will truth prevail over bigotry, or will the buried secret keep family apart? 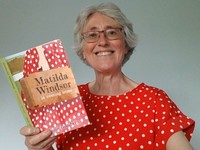 Anne has been scribbling stories ever since she could hold a pencil and now she writes fiction for the freedom it offers her to contradict herself, although she hate bios for fear of getting it wrong!

During her career as an NHS clinical psychologist, her focus was on helping other people tell their neglected stories to themselves, although now that her short fiction publication count has overtaken her age, her ambition going forward is to write and publish enough novels to equal her shoe size!

She writes entertaining fiction about identity, mental health and social justice and is also available as a speaker and trainer / workshop leader.

Anne juggles her sentences whilst walking in the Peak District, where she is now a volunteer ranger with the Peak District National Park, only to lose them again while battling the slugs in her vegetable plot.

“I write to tame and organise the thoughts that bubble in my head. I write for the part of me that’s inconsolable and don’t have the hands or the talent for painting, pottery or the piano. I write because it’s proven more effective than screaming to communicate my personal truths. I write because publication provides the perfect payback for a painful childhood and because I’m addicted to alliteration, a glutton for grammar and ruled by the rule of three. I continue writing to discover where my imagination will take me; because if I stopped, I’d no longer be me”

“When you find me, you will want to hear my story. Or the part of my story that tells of you. Until then, I turn it around in my mind to prevent it fading. When we meet, it will sing”

“The cushion sighs, squashed by a body sinking into the seat beside her. Matty scrunches her already-closed eyes. She does not care for distractions when she has a recital to prepare. And, never able to anticipate when she might be called on to deliver her lines, her day spools out as one continuous rehearsal. Matty’s burden weighs heavily upon her, but she bears it with grace”

“At her interview in this room, Janice had been asked about the pros and cons of multidisciplinary teamwork. Now she realised what she should’ve said. They had to set aside their professional differences to defeat the common enemy of discrimination”

“Like unlocking the door to a cage that, rather than confining the occupants, defended them against the dangers outside?”

“A human being couldn’t be reduced to a number. Even psychologists, who measured anything that moved and a fair amount that didn’t, would agree with that”

“Heather inspired trust in the group’s potential to transform people who were hardly aware of themselves, let alone each other, into sociable decision-makers”

“Today, although high summer, the sun is a faded thumbprint, the sky bath-water grey. She is barely beyond the annexe when the heavens open. As if a nun had pulled the chain of God’s lavatory, drenching her from hair to heels”

“A brother and sister separated by decades of deceit”

Oh My Goodness! – How can I organise my jumbled thoughts into some semblance of order to talk about this book in any sensible way? My emotions have been pushed and pulled in a multitude of directions whilst reading it, much of which takes me back to my own childhood experiences with my mother, who whilst not in any way as severely constrained as Matty and her fellow Ghyllside residents, underwent a couple of experiences with ECT therapy in a 1960s asylum, with dire consequences, which affected the rest of her life and probably my own!

It is very difficult to set this book within the rigid confines of a genre and it probably isn’t one I would ordinarily choose to read, although overall I am pleased that I did. It definitely does shine the spotlight onto many important aspects of the social and cultural norms, spanning several decades from the late 1930s to the 1990s. It documents, through fictional characters, in an easy to connect with way, how our perceptions of mental health and single parenthood have purportedly advanced, although the culture of systemic grooming and rape may not seem to have improved to any great degree in all that time, despite increased authority and public awareness.

The story and that enticing cover art, drew me in from the very first line, with some well timed and optimum length chapters keeping Matty’s life moving forward at a steady and manageable pace. I do think that it is possible to read this book as a stand alone story and not be too disappointed with the outcome, although I understand that there is to be a second-half closure to Matty’s story, which I feel almost compelled to read, although I don’t really want to necessarily. I do have a couple of scenarios already in my mind, so I might have to see if I am in any way near to the mark in my deductions. I’m kind of hoping for a happy ending, yet wondering if that is ever truly possible, given all that has gone before and how out of control events have become.

That Matty has been given such a huge well deserved voice with which to share her muddled and often delusional thoughts in her own way, at intervals during the main narration, weaves the human and humane emotions into the story in a cohesive way. This is just one strand of the complicated mix of elements, which contrive to converge, yet never entirely weld together into a definitive chain of events. Matty’s life is obviously the main focus of the timeline, however her brother Henry seems to me, to have been just as severely damaged by events of sixty years ago, albeit in an entirely different way, but maybe with equally dire consequences for his current mental health. Newly qualified social worker Janice is also brought into the mix, with a raft of personal issues which are vying with her professional status, for a place at the forefront of her mind.

I might just elaborate a little on that last paragraph, although I don’t want to give too much away about the storyline: Much of Tilly’s early life was lived in an abuse filled lie, which clearly had a terrible effect on her in her latter childhood and early adult years. Her much younger brother Henry, who is now almost a pensioner himself, has put his entire life on hold waiting for Tilly to come home, although it transpires that they were never really that far apart, it was simply a strange set of coincidences which kept them from finding one another. To my mind, Henry’s mental health is every bit as fragile as Tilly’s, albeit that it manifests itself in different ways, to the point where he doesn’t know if he ever wants to acknowledge Tilly again in the strange new world she inhabits. It might all just be too much for him, as reality doesn’t quite match up to expectations. Janice is the enigma within the cast of characters, as I was never really certain if she was simply using and manipulating the Ghyllside staff and residents, to further her own fledgling career, or whether she really did have their best interests at heart. She has so much emotional baggage of her own to deal with, including the urge to discover her own roots and reconnect with her past, whilst dealing with a very uncertain future, that she often takes her eye off the ball.

That the author is writing very much from a personal and professional perspective, is obvious in the well structured, multi-layered storyline, which seamlessly blends fact with fiction, to give a wonderfully textured, rich in atmosphere, immersive work, with true visual depth and range. From the outset, Anne knew exactly where she was heading with this story, including the many little twists and turns which kept me guessing the exact circumstances and chain of events, which were going to lead me to the place where now Matty finds herself. It was never going to be comfortable reading, however the sheer intensity of her unfolding story left me totally unsurprised that her mind had been so badly and probably so irrevocably damaged. There were a few moments of genuine laugh-out-loud humour, when it was possible to smile with the characters, not at them; and these poignant moments were narrated with sympathy and compassion, but never with condescension, and always lovingly.

Anne has brought together a mix of well developed personalities, who collectively, marginally tip the balance towards making this a predominantly character driven narrative, despite the intriguing storyline. No matter on which side of the asylum doors; the characters are all emotionally complex, raw and passionate, vulnerable and often unreliable; although always genuine, believable, authentic and totally addictive. The character dynamics and the synergy between them, is often devoid of any genuine depth of feeling, although there is plenty of ’empty’ emotion, which made them quite difficult to relate to or invest in and I was left feeling that there was so much searching for a sense of belonging and inclusion, that the rare light-hearted moments of humour did little to ease their collectively lugubrious nature.

This is most definitely one of those books designed to take each reader on a unique and individual personal journey towards a common outcome, so I recommend you read this one for yourself and see where it leads you.

Oh! and as a small aside – As a ‘Jelly Baby’ lover (but mostly only the orange and yellow ones), I shall probably never be able to either look at one in the same way again, or probably ever eat one again – not without visualising Matty biting their heads off anyway!

A complimentary Kindle download of this book, for review purposes, was kindly made available by the author.