‘Apartment 3B’
by Patricia Scanlan
Review 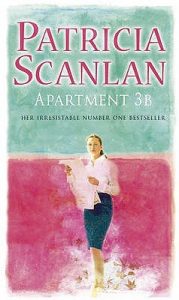 This is the backwater world of Moncas Bay that still represents home to businesswoman Lainey Conroy as she embarks on a new life to try to forget her past.

So when the apartment of her dreams comes on the market in the city, she’s determined to buy it.

But bidding against her for artist Liz Lacey’s luxurious penthouse are the world and his wife.

Including Lainey’s own sister-in-law and jealous rival, Cecily, who seeks the ultimate escape from her two-up, two-down origins back in Moncas Bay, and who will stop at nothing to prevent Lainey from acquiring it. 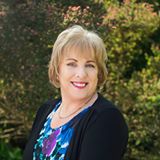 Was born, raised and still lives, within sight of her beloved sea and mountains of Dublin, Ireland.

She began her career as a librarian, has always been interested in publishing and worked part time as an editorial consultant for an international publishing house.

She admits that she finds great inspiration for her many and varied books, from reading letters to ‘Agony Aunts’.

Patricia, is the series editor of ‘The Open Door’ books, an adult literacy project she developed in the 1990’s, together with Irish publisher, New Island. She writes books regularly for the project, as well as teaching creative writing, on a voluntary basis, to teenage girls.

Her motto in life is simple: “Stop Talking About It And Just DO It”

I decided not to make any notes or mark any particular pages for reference, when reading this book, as I just knew that it would be a first rate saga, full of many separate short stories, which would all be expertly gathered together in a final climax, in the style similar to so many of the other great writers in the genre

“Instead of seeing the rug being pulled from under us we can learn to dance on a shifting carpet” ….. Words taken from the book and attributed to: Thomas Crum.

These words apply so much to the six people who star centrally in this Irish saga.

Meet the vendor of the apartment Liz who, after much soul searching, has already won her prize and has decided to embark on a new life in Spain.

The other five, all potential purchasers of the apartment, where winning means something different to each of them, but for each winning is seen as the end of one dream and the beginning of another…..

Liz and Hugh go back a long way, now Liz is leaving and Hugh is planning on buying the apartment for his mother.

Claire, with a deeply troubled and tragic past, now seeking a new home for herself and her mother.

Lainey, still recovering from a long ago unrequited love, now her secret lover, Dominic, wants her close to him.

Lainey’s brother Simon and his wife Cecily, professional social climbers of the worst kind. The antagonism between Cecily and Lainey is palpable.

“Behind the dreams, behind the ambitions of those who have their hearts set on Apartment 3B lies a hidden landscape: of girlhood rivalries; of local daughters made good; of being the talk of the bay; and, all too often, of disappointment … and exciting new beginnings.”

….. These words are also taken from the back jacket of the book, so I’m not spoiling any surprises!! They are certainly true words, which become prophetically accurate as the story progresses.

I enjoyed the time frame transitions of the various characters, it was good to follow them through their ever changing lives and emotions, over some 25 years.

I did not think that there were too many characters to make this a viable format for the book, and found it relatively easy to keep up with who was who. The individual stories did overlap and converge from time to time, but on the whole, were played out separately, until close to the climax.

Patricia has an easy style of writing, which evokes instant empathy with each of the characters, giving a complete insight into the deepest thoughts and aspirations of each, as they all struggle with their own personal battles and tragedies, each trying to find answers and closure, so that they can move on with their lives.

Each of them is willing to pay the price for the prize they all covet, but only one can ultimately win and possess ……

And that is where it all came a little unstuck for me …..

Whilst there can only be one winner in the bidding for ‘Apartment 3B’ and, of course, we need to know the identity of the successful bidder, the book ends with just that single and from my perspective, unexpected, name.

With no explanations about the ultimate decision, or any idea of the consequences for the unsuccessful bidders, the ending seemed almost rushed, as if the author could not wait to move on to her next project, or had been placed on a tight time-frame to finish the book. It’s like watching a film, which finishes suddenly, making you wait for the sequel to discover the outcome….. this book almost needs a follow-up chapter, as final closure.

As a stand alone piece however, it still managed to tick all the boxes for me. It has a great storyline and insightful, well thought out writing, characters that grow and develop as the book progresses and is definitely well worthy of a 4 star rating.