My Thoughts About … ‘Fleeting Memory’ by Sherban Young

The answer lies with Keats… With these cryptic last words, the man sprawled out on the floor of the rustic cabin expires – murdered.  What could he have meant?  Why Keats?  Which answer?  (For that matter, what was the question?)

All this and more passes through the mind of the young householder who discovers the body.  If only he knew the guy’s name.  Or anybody’s name.  Including his own…

From here, our hero is hurtled along a path of self-discovery. With the help of Enescu Fleet, retired private detective and (according to some) the world’s most fascinating man, he will delve into an exciting new game show called Deadly Allusions, where trivia and murder compete for top billing. Along the way, he will attempt to figure out the dead man’s clue – and quite possibly nab a murderer who is too smart for his own good.

Sherban Young splits his time between Maryland and Maine, and has often been called the next P. G. Wodehouse, or at the very least the current Sherban Young.  He has an encyclopedic knowledge of poker, baseball, literature, classical music and film (although, it should be noted that this encyclopedia is a single volume, pop-up book edition).  He enjoys single malt, his MINI Cooper S, Macs and, at times, listing things he enjoys.

Sherban claims to be pretty old school, when it comes to mystery writing, with inspiration from the pens of P.G. Wodehouse, Agatha Christie and Rex Stout, urging him to become an author.

“I’ve always wondered why private detectives do this: list their suspects out one by one, drawing out their secrets and emotionally pantsing them before their peers. Seems to me, if you know who did it, just say it.” ………………Page 129

These are unspoken thoughts from our reluctant, amnesiac, Assistant PI, as he watches our latest crime busting investigator ‘Enescu Fleet’, take to the stage, to uncover who did what to who, why and when…..

The USA gave us investigators with a similar Modus Operandi, in ‘Columbo’ and ‘Jessica Fletcher’, whilst home-grown UK talent raised the likes of ‘Jane Marple’ and ‘Hercule Poirot’, to similar legendary status, in the genre of the light-hearted, slightly tongue-in-cheek crime/mystery, full of cliches, innuendo and light banter.

Now meet ‘Enescu Fleet’, fresh from the pen of Sherban Young and one of a series of detectives created by him, designed to tread the boards of this genre  and brought bang up to date in this, the modern age of mystery capers, where the patter has become a little more hard-boiled and the detectives more forthright in their speech, flamboyant in their deeds and generally inclined to be more ‘in-your-face.’

This was another book which took me slightly out of my comfort zone, as I have never before ventured into the realms of the modern comic caper. I need not have worried however, for the pages just flew by, my reading hours were happily filled and I can’t wait to discover some of the other great characters Sherban seems able to produce so readily.

The book was divided into short, punchy sentences and chapters, that kept the action moving along at a fair pace, with the constant change of characters and locations, from chapter to chapter, adding to the sense of fun and bewilderment.

It was exactly like reading the script from an old episode of a 1980s detective series, with ‘Fleet’, slightly eccentric and a little larger-than-life, always seeming to be at the centre of a scene, poking his nose into the action, with timely interjections into the conversation.

There is a constant array of weird and wonderful supporting characters, who wander in from the wings, with their fake accents and cheesy disguises, utter a few well chosen, seemingly useless words and then depart stage-left!!

Our hapless amnesia victim, stumbles along from scene to scene, never really knowing what is happening, only aware that events seem to have a life of their own and are taking him along with them, towards some, as yet unfathomable end-game. Even his brush with Fleet’s daughter, and the first signs of a possible fledgling romance, are treated lightly, yet with respect, leaving the reader wondering if there is some future for the two of them off camera!

The arrival of a second ‘Enescu Fleet’ only serves to add to the confusion, until ‘Fleet the elder’, calls all the protagonists together, under the guise of an episode of a television game show, where the true perpetrator of murder in unmasked, in a suitably convoluted and flamboyant way.

Sherban Young is a fresh new voice on the scene, whose writing style and storylines left me feeeling a little breathless with their pace, but with my reading hours happily filled and my spirits lifted….

A ‘Fleeting Memory’?… Definitely not!

This book was a review copy, sent to me by the author, Sherban Young and as such, was free of charge.

If you are looking for a captivating thriller that has a very unexpected shocking twist then I highly recommend #TheSleepover by @SamKingBooks. It's twist packed, absolutely brilliant and you can request it Now on @NetGalley @TheCrimeVault. Definite 🌟🌟🌟🌟🌟 from me 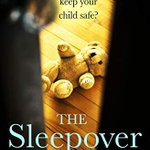 DH doing the weekly shop...queue saffron buns, hot cross buns, choccie biscuits & nothing on the list. But he did snap this pick in @Tesco Its good to be with friends at least on the shelves @CathyBramley @KatieFforde @_GlynisPeters_ @debb_rod @Rachelhore @karamina 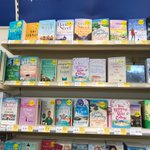