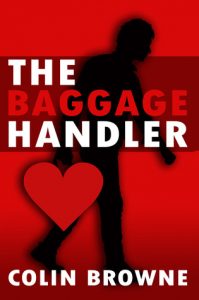 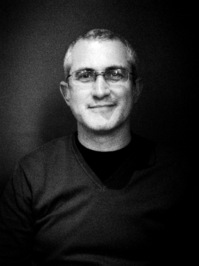 I’ve done some fun stuff. I helped start a successful business in South Africa which I still part-own and I spent a lot of years before that writing articles for magazines around the world. My first attempt at a novel happened in 1995. It was laughable. My second happened once I’d got over myself, in 1999. Not a lot better. But since then I’ve made writing a big part of my life and The Baggage Handler is the first one I’ve had the guts to put out into the world as grown up enough to take its own reviews. I really like it. I hope you will too.

I’m still writing so there are more books on the way. Other authors talk about their awards and their accolades, so I suppose I ought to do that too. I won two white mice at a school tombola once. That’s kind of it. My mum made me donate them to the school which is just as well because the cat would probably have eaten them anyway. He was a monster, that cat… Other than that, I’m just a guy who loves telling stories, loves language and respects both enough to know that if I’m going to ask readers to trust me with their time, I ought to do my best to make it worth their while.

Martin White looked at his watch. All around the floor of the open-plan office, people gathered in groups, then split into others, mingling through the murmer of after-work plans that had thankfully long since stopped involving him.

It was after five which meant that he would have the place almost to himself and get the best of his work done. In the longest part of a London summer when daylight beats the night by two-to-one, Martin thought of the extra hours of sunlight like plundered loot from a captured galleon.

“But he still struggled to lose the mindset he had when he founded it as an ironic blog and twitter feed. It was supposed to be a statement against shallowness; a veiled lashing out at the people who believe that superficiality and substance are the same things. He guessed those people didn’t care about reading good books anything like as much as they did about being seen reading the hottest book of the moment”

“So I met this writer and I thought she was great and since I never meet the writers, I thought I’d also read her book. Well, sort of read it anyway. She told me what it was about and I flipped through it. So I wrote the review on that”

After those two passages from the book, I am almost scared to write down my thoughts about The Baggage Handler, for fear of being thought by the author to be too shallow, or worse still, not even reading the book! So, I had better begin by stating that I read every single word, on every single page, of every book I write about!

It didn’t take long to recognise that to read this book I would have to be quite broad-minded, as being written by a man, conversing predominantly with other men, it was suitably replete with what I would describe as men’s ‘locker-room’ humour, innuendo and language. In the overall context of the story though, I didn’t find this overtly offensive or overused.

This, coupled with some excellent dialogue, (much of it making me cringe with embarrassment at its ineptitude on Martin’s part), together with some tastefully executed humorous exchanges, particularly between Martin and Kasia, made ‘The Baggage Handler’ fun to read. I found myself alternating between frustration and sorrow at the depths of Martin’s inability to communicate other than on a totally superficial level, with wanting to shout and lash out at him for his utterly wimpish and at times downright callous behaviour.

Martin learns some invaluable lessons from his mentors; you can separate your work from your personal life; this whole concept of love and ‘happy ever after’ is a two way street; and that he just needs to ‘grow a pair’ and accept that if things don’t always go according to plan, then you have to take it on the chin and stop keep blaming the world and everyone else in it, for your woes …. and the outcome? – well you’ll just need to read the book and find out for yourself!

As this was an author invitation to read and review, a complimentary copy of  the book was sent to me by the author.