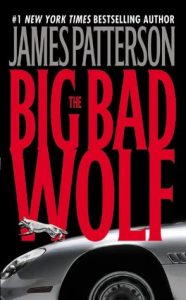 “Alex Cross battles the most ruthless and powerful killer he has ever encountered – a shadowy predator known only as The Wolf.

Alex Cross’s first case since joining the FBI has his new colleagues perplexed. Across the country, men and women are kidnapped in broad daylight and then disappear completely. These people are not being taken for ransom, Alex realises. They are being bought and sold. And it seems The Wolf is the master criminal behind this terrible trade and is bringing a new reign of terror to organized crime.

Even as he admires the FBI’s vast resources, Alex grows impatient with the Bureau’s clumsiness and caution when it is time to move.

A lone wolf himself, he has to go out on his own in order to track his new prey and try to rescue some of the victims while they are still alive.

As the case boils over, Alex is in hot water at home, too. His ex-fiance, Christine Johnson, comes back into his life – and not for the reasons Alex might have hoped…” 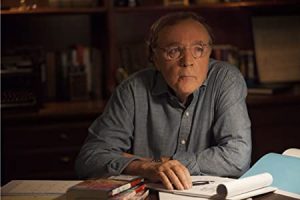 James Patterson, is one of the most prolific US authors and adapts to writes in several different genres, with apparent ease, from thriller novel series and stand-alone thriller novels; through to non-fiction, romance novels and writing for children and young adults.

Born in 1947, he received his Bachelor’s degree from Manhattan College, going on to receive his Master’s degree from Vanderbilt University and currently lives with his wife and family, in Florida.

His early career was in advertising and it was from this position that he retired in the 1980’s, in order to concentrate on his writing.

He is the winner of numerous awards and world records in many of his chosen genres and is well-known for collaborating with several different co-authors when writing, sharing and disclosing co-authorship credit on the book covers. Among his notable literary collaborations are The President Is Missing, with President Bill Clinton, and the Max Einstein series, produced in partnership with the Albert Einstein Estate. This practice has attracted some criticism from both inside and outside the profession, but in response James was reportedly quoted as saying:

“There are thousands of people who don’t like what I do. Fortunately, there are millions who do.”

In 2005, Patterson set up the ‘James Patterson Page Turner Awards’, although this project was suspended after the 2007 awards, when together with his wife, he decided to concentrate on  a new project ‘Read Kiddo Read’, which aims to nurture the love of reading in the young and in the words of the site’s tag-line “Dedicated to making Kids Readers for life”.

James Patterson is such a well known, prolific writer and sought after international author, that his numerous books have been read and reviewed a myriad of times, by people all around the globe.

I generally try to read a fair percentage of other reviews about a title before I put my thoughts down in print, although I will always voice my own opinions about something which, after all, is very much about personal taste.

I was therefore a little disconcerted to discover a genuine mix of views about this Alex Cross mystery, with opinion being very much divided.

‘The Big Bad Wolf’ is the 9th of 17 Alex Cross cases to date, so by now the Character of Alex is pretty much established and developed, which may not be the best position to find oneself in, when first encountering him.

His private life, like all other law enforcement officials around the world, is basically a mess. It didn’t take me too long to work out his family arrangements, which is just as well, because they were quite critical in certain areas of the story and to not have known may have caused synchronization problems with the unfolding plot and with the actions he is forced to take in his personal life.

What does become clear is the struggle he is having balancing a demanding professional career, with the emotional demands of his three young children, to whom he is obviously devoted.  Alex himself, is going through some transitional changes in his career, which he is still not sure are all for the best, and although not affecting his professional judgement, the indecision is giving rise to some concern from both colleagues and family members.

I am not too sure if the character of ‘The Wolf’ was developed fully enough, to make him as menacing as he might have been, given the nature of the crimes in which he is involved.

The sentences are all very short and staccato, yet quite ‘punchy’ in their delivery and content. The chapters are very short, almost like scenes and whilst this moves the plot along at a cracking pace, which is great if you don’t get time to read vast amounts in one go, as it makes for easy natural breaks, but does mean that there never seems to be time for any in depth analysis of the characters as the plot unfolds.

The plot is not a difficult or challenging one to follow and the outcome seems almost inevitable from quite an early stage, but it is full of suspense and non-stop action, which moves along at a furious pace.

The ending is where it all fell apart for me. Like watching a movie that has no final scene, the final chapter is left open for the continuation of the hunt for ‘The Wolf’ in the next volume. Although technically the case is resolved to a point, which just about makes it viable as a stand alone novel, to find out what happens to ‘The Wolf’, one is forced to read the next instalment, although who knows if it will end then, or whether his reign of terror will be extended to yet more volumes? I have several more James Patterson novels in my TBR piles and I am just hoping that they are constructed with a little more character substance and are complete novels in their own right, without the need to rely on follow-up volumes to reach an outcome to the story.

Overall, a little disappointing, left me with a void that remains unfilled, so for the entertainment and suspense value, I have to give this book 3 out of 5