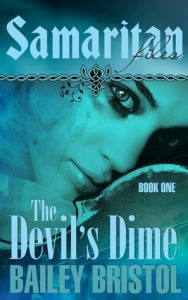 Investigative reporter Jess Pepper made it his life’s mission to use his column to expose those who lived on the devil’s dime.

With his words he could defend the innocent and bring down corruption, one evildoer at a time.

But when his column forces an innocent Samaritan into the public eye, and puts a target on his back, Jess must discover not only who wants this good man dead, but how to save the man’s daughter, who has captured his heart.

Violinist Adelaide Magee came to New York City with little more than a violin tucked beneath her chin and enough determination to launch her dream. Her women’s orchestra, the Avalon Strings, was fast becoming the city’s hot new item, until reporter Jess Pepper put the one man she loved in deadly peril.

Can Addie trust Jess to save this good man? Or will she have to do it herself?

Corruption and greed set the scene for this vividly drawn tale of danger, heartbreak, unexpected love and family found in 1890’s New York. 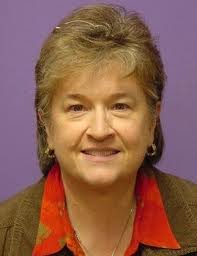 Granddaughter of a concert violinist, Mary began her musical career in elementary school with the family string quartet, but gave up the violin to study opera at the University of Nebraska-Lincoln. There she performed many leading roles for the School of Music opera department before completing her Master’s Degree in 1971.

Mary has devoted much time in the past thirty years to performing, directing and promoting musical endeavours throughout Alabama, California and Nebraska.

In Mary’s “other life”, she is a computer tech support specialist and has worked as Web Developer for the Nebraska Legislature, for a major Omaha architectural-engineering firm, for The National Arbor Day Foundation, and as Director of Web and Media Arts for a local mega-church.

In her retirement she is owner of Prairie Muse Publishing and makes it possible for other authors to experience the joy of seeing their work published. She exercises her graphic arts skills by creating video book trailers and memorial  videos. Her book cover design services are much sought after.

“The dark-haired young man could scarcely believe his good fortune. He tried to slow his breathing, but the plush, deep carpet felt strange beneath his feet, keeping him off balance.

Between holding his breath so as not to fall over and trying not to hyperventilate, he was a trembling mess. He had to steady himself. This was the reward everyone coveted, and it had come to him.

He focused on the deep folds of the gold-fringed drapery that hung across the entrance. Intricate nets of transparent fabric laced the ceiling, muting the light and casting the place in an unearthly, beckoning dimness”

“Words and the way he put them together were not only his livelihood, they were his life. Exploring the human condition was his pastime. Recording what he found in ways that prompted readers to dance or weep was his passion”

“She stood there. Breathing. Then, head still bowed, she raised her violin to its home beneath her chin. And with every vibrant note she’d ever explored, with all the sweet strength she’d ever conjured, and with every strain of loving Jess had planted within her, Addie played”

“Those who prosper by thievery, thuggery, or by ruining another, have chosen to live on the devil’s dime.”

I was a little unsure about reading this book, when Bailey first contacted me, as she told me straight off, that this was to be the first in a trilogy of books, titled The Samaritan Files. I was concerned that The Devil’s Dime would therefore be an unfinished work, left to be completed in the two remaining episodes.

I need not have worried – this book works perfectly as a stand-alone story; with an enticing opening; a richly crafted, suspenseful plot; and a defined, thoughtful and unrushed conclusion, which leaves you wondering just enough, to be pleased that there might be more adventures to come for our hero and heroine.

It was especially rewarding to see that a US author, has centred her story around the New York City of the turn of the twentieth century, rather than have me find our characters in London, or some other UK location, as is so often the case with historical romances. The background information for the period, appeared thorough and almost lovingly described. I had some great times spent researching authentic American, period words and terms of which I was unaware and I had a real sense of ‘being’ on the streets along with Jess and Addie, as they traversed the deprived, ravaged and gang controlled areas, which were home to the seedier elements of society and those in the dubious employ of the corrupt few amongst the upper echelons of society, who sought to profit and gain from others misery.

This, in direct conflict with the the more glamorous, decorous circles in which Jess and Addie were becoming used to circulating; Jess with his increasingly sought after journalistic and investigative skills and Addie in her aspiring career as a virtuoso violinist.

The back story is a pivotal part of this book and has been given all the due care and attention to detail which it deserves. Each and every element of the history has been well thought through and information is released into the current day storyline at just the right time and in the right way, so as to keep the dialogue flowing and the pages turning freely as this enticing story of greed, corruption and the abuse of power, unfolds.

The storyline is well drawn,  intriguing and one to savour, with the suspense and danger growing page by page, as the couple become drawn into an underworld more dangerous and depraved than they ever could have imagined, where each new danger could potentially be their last, as unknowingly their very lives are put on the line, as they seek to secure justice and truth.

Abuse of power, greed and corruption, which rises from street level to the very top of the food chain in the offices of law enforcement.

The mental abuse towards one man less able than most to control his own thoughts and emotions, abandoned by his family and let down by a system which was meant to protect him. He is living an increasingly drug fuelled existence, forced upon him by his masters, to ensure his compliance.

Then, when an anonymous protector comes to the man’s aid and learns the truth, he is in turn, falsely accused of being the criminal and sentenced to death to ensure his silence …. and all this is just the tip of the iceberg!

The pivotal characters of Jess and Addie, are well formed and totally realistic, with their burgeoning romance being given just the right amount of freedom to develop and grow, before leaping from the confines of the book’s pages as the two of them realise that what they have is a relationship in which they can genuinely trust in and rely upon one another, and which is strong enough to cherish and nurture into the future.

All of the secondary characters have great personalities and roles to play, which are as fulsome and complete as those of the two main protagonists. Individually they have some great stories to tell, however collectively, they all inhabit their own space as part of the whole, to create a complete experience for the reader.

This historical romantic suspense novel, was gifted as a request for me to read and leave my comments about, by its author, Bailey Bristol and as such was complimentary.