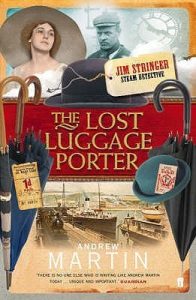 It is Jim Stringer’s first day as an official railway detective, but he’s not a happy man.

Meanwhile, Jim Stringer meets the Lost Luggage Porter, humblest among the employees of the North Eastern Railway company. He tells Jim a tale which leads him to the roughest part of town, a place where the police constables always walk in twos.

Jim is off on the trail of pickpockets, ‘station loungers’ and other small fry of the York underworld. But then in a tiny, one-room pub with a badly smoking fire he enters the orbit of a dangerous, disturbed villain who is playing for much higher stakes . . . and two murders are barely the start of his plans … 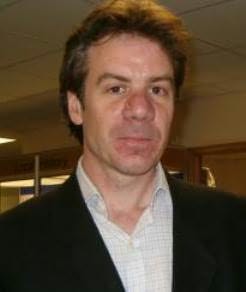 Andrew Martin went to school in York, and to university at Oxford.

After qualifying as a barrister, he won The Spectator Young Writer of the Year Award for 1988, which deflected him into a writing career.

Andrew’s writing has taken him from the realms of the short story, through to non-fiction books and on to the novel. He has several stand-alone novels to his credit, however the  dour character of Jim Stringer has dominated Andrew’s writing of late, earning him several accolades and short-listings for some serious awards in the field of crime writing, including Crime Writers’ Association short listings, with The Somme Stations winning him the CWA Ellis Peters Award for Historical Fiction in 2011.

Andrew has written and presented TV documentaries. He regularly speaks in public, usually on historical fiction, crime fiction or railways.

As a fellow of the Royal Literary Fund, Andrew also teaches at Queen Mary University London.

All this, a far cry from the career Andrew qualified for, as a barrister, although his change of direction would only appear to emphasize his love of writing.

In York Station, the gas lamps were all lit.

It was a wide, grand place. Birds would fly right through under the mighty span, and that roof kept most of the rain out too, apart from the odd little waterfall coming down through gaps in the glass.

I was on the main through platform on the ‘up’ side – number four, although it was the number one in importance, and crowded now, as ever, and with a dark shine to all the polished brass and the black enamel signs, pointing outwards like signals as you walked along: ‘Gentlemen’s Waiting Rooms First Class’, ‘Ladies’ Waiting Rooms First Class’, ‘Refreshment Rooms’, ‘Left Luggage’, ‘Station Hotel’ and ‘Teas’.

No lost-luggage place in sight, however, although I knew that York, as the head station of its territory, did boast one, and that practically any article left on any train in the county came through it.’

Coming as I do, from what used to be one of the oldest and largest railway communities, Swindon, this book was of great interest to me, when I saw it for sale in a local charity shop. That was long before I knew that the author himself came from a family of railway workers, based in the offices of the York works, where this book is set.

The book was originally recommended to me by Nikki-Ann, after her great review of it appeared over at ‘Notes Of Life’, so I knew that I wasn’t going to be too disappointed with it, although you should maybe check out both reviews, as we do have some differing views about the overall appeal of the book.

This, once again given my appalling track record for reading a series in any kind of logical order, is not the first book in the series, featuring the character ‘Jim Stringer’. However, ‘The Lost Luggage Porter’ starts us off on a new chapter in Jim’s life, so works great as a stand-alone story. Incidental snippets of information which appear throughout the book, contrive to paint a more than adequate picture of the young Jim’s life so fully, that I really don’t feel the need to go back and read the earlier episodes in the series.

The scenes which are set in and around the railway station and yard are detailed and visual in their description, creating just the right atmosphere. From the vast expanse of the dimly, gas-lit station terminus, with all its noise and smoke-filled atmosphere, to the cobbled back alleys surrounding the station, where thieves and vagabonds live and prey on the unsuspecting interloper, I could just imagine myself there. However, I did think that once we were taken out of this ‘safe’ environment, the descriptive power of Andrew Martin’s writing, did rather lack imagination and finesse, especially in some of the later scenes, which take place in Paris.

Jim Stringer himself, lives up to his Northern reputation, a dour, morose individual, who appears to have the weight of the world upon his shoulders. True, he has been disappointed in not attaining the career in life he had chosen for himself, however unjustly and seemingly through no real fault of his own. However, it now looks as though he has been beaten into submission and forced into a career change which he doesn’t relish and is therefore determined to make the worst of, with his bitterness and resentment overflowing unchecked into his demeanour  and actions. He comes across as a very two dimensional, monochrome character, who, if the book had come complete with audio, I would imagine to have a very emotionless and monotonous voice.

His life is therefore dictated by a whole series of strong people, who he appears to have no desire or ability to challenge.  There are numerous, extraneous characters who play quite pivotal roles in the story and whilst the general broad montage of faces are explained and brought to life in all the appropriate places, it may be that some of them could have benefitted from slightly stronger dialogue and deeper characterisations.

Jim and Lydia have a fairly unique relationship for the times, as Lydia is allowed much more freedom than many Edwardian women would ever have enjoyed. Jim, whilst not fully supporting her suffragist views and friends, allows her the freedom to pursue them and also to work, to help support them as a family. In reality, it may be that he is unable to exert much authority over Lydia, who is a very strong, intelligent character, determined to get her own way, including deciding on Jim’s career path for him, not even realising that Jim has no real appetite for the direction she is sending him in.

Jim’s father is a self-made businessman, full of his own imagined importance, pompous and over-bearing. Definitely not at one with his errant daughter-in-law, he does however side with her whenever Jim’s future comes into question.

Chief Inspector Weatherill, is a complete enigma. He has never met, let alone had the opportunity to assess this ‘rookie’ officer, before placing him in plain clothes and under cover, to help stem the rising crimewave in and around York railway station. He then seems completely powerless to help, when the inevitable happens and Jim is left stranded and way out of his depth. He does appear to be ‘in the right place, at the right time’ on a few occasions, but is unable to offer advice or help to Jim, who acts like a ‘rabbit caught in the headlights’.

Jim’s loyalty to the job is questioned and found wanting one last time, when ‘The Lost Luggage Porter’, Lund, makes his dramatic and final confession, although he does eventually reveal the sorry truth to Weatherill, but by then it is too late for the pathetic Lund.

The plot does move at quite a pace and is suspenseful, intense and deadly in many places. There are plenty of unexpected twists and turns and many occasions when it looks as though Jim is about to make his move and offer the gang up for arrest, although he just never finds the right time to follow through on a plan. The gang are a real bunch of disparate characters and will stop at nothing to win their ultimate prize. Jim however, is only galvanised into action when Lydia’s life becomes threatened and then his first thoughts are survivalist, rather than apprehending the gang members, whose downfall is eventually brought about by their own inate greed and belief that they were untouchable.

I am not sure however, that reading just this one book is enough for me to come to any conclusion about the strength and sincerity of Jim as a believable character, so I may need to read one of the later books in the series, just to see how Jim’s character has been developed and stretched to fit this new role he has undertaken in life.

This book was actually one from my own TBR mountain, although removing it hasn’t made any insignificant dent in the look of my shelves. My dad has also read this one, although he didn’t really care for it a great deal, as although the story is set in the Edwardian early 1900’s, it still reminded him too much of the austerity and gloominess of his time spent working in the engine sheds of the 1950’s-1980’s at the Swindon Railway Works.

Whilst I personally do not agree with ‘rating’ a book, as each one is all a matter of personal taste, which varies from reader to reader, some review sites do demand a rating value and will not let you post a review without, so when this review is posted to such a site, it will attract a 4 out of 5. 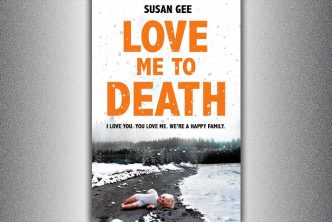 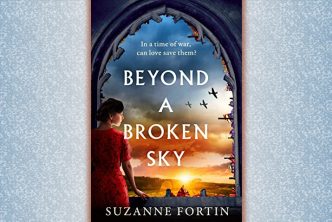