The Other Side Of You
by Salley Vickers
Review

THE OTHER SIDE OF YOU 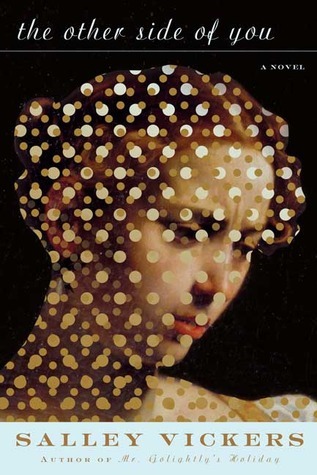 ‘There is no cure for being alive.’

Thus speaks Dr David McBride, a psychiatrist for whom death exerts an unusual draw. As a young child he witnessed the death of his six-year-old brother and it is this traumatic event which has shaped his own personality and choice of profession.

One day a failed suicide, Elizabeth Cruikshank, is admitted to his hospital. She is unusually reticent and it is not until he recalls a painting by Caravaggio that she finally yields up her story.

We learn of Elizabeth Cruikshank’s dereliction of trust, and the man she has lost, through David’s narration. As her story unfolds David finds his own life being touched by her account and a haunting sense that the ‘other side’ of his elusive patient has a strange resonance for him, too.

Set partly in Rome, ‘The Other Side of You’ explores the theme of redemption through love and art, which has become a hallmark of Salley Vickers’s acclaimed work. As with her other highly popular novels this is a many-layered and subtly audacious story, which traces the boundaries of life and death and the difficult possibilities of repentance. 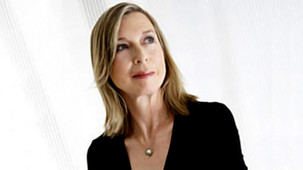 Salley Vickers was born in Liverpool, the home of her mother and grew up as the child of parents in the British Communist Party. Her father was a trade union leader and her mother a social worker.

She won a state scholarship to St Paul’s Girl’s School (something which caused her father some anxiety because of his dislike of public schools and for a while he felt that she should not attend the school) and went on to read English at Newnham College Cambridge, with which she recently renewed working ties.

She has worked, variously, as a cleaner, a dancer, an artist’s model, a teacher of children with special needs, a university teacher of literature and a psychoanalyst.

Salley’s first novel, ‘Miss Garnet’s Angel’, became an international bestseller and a favourite among book clubs and reading groups. She now writes full time and lectures widely on many subjects, particularly the connections between, art, literature, psychology and religion.

Her principal interests are opera, bird watching, dancing and poetry, to which her father introduced her at an early age.

“She was a slight woman, pale, with two wings of dark hair which framed her face and gave it the faintly bird-like quality that characterised her person. Even at this distance of time, which has clarified much that was obscure to me, I find her essence hard to capture. She was youthful in appearance but there was also an air of something ambiguous about her which was both intriguing and daunting” 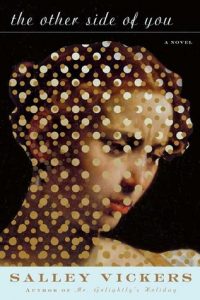 “There is no cure for being alive”

Without giving away too many spoilers, as this book has quite a narrow narrative and storyline, so it would be easy to do so, I would just say that if you like a book where the characters truly engage with one another, then this is a must read for you.

The patient and her psychologist, through their sharing of experiences, create a powerful and frighteningly honest reality about life, that left me questioning my own thoughts and actions. Much as it did David McBride, the psychologist in question, who is left to re-evaluate both his personal and professional life, and his ability to make an honest and meaningful difference to the lives of those around him.

The characters are complex, formed with great tenderness and respect, and given a life that is both moving and powerful. The storyline of the psychiatrist trying to help his suicidal patient shifts, page by page, into a shared pain, as their stories unfold together, with each trying to reach some kind of self-understanding, as they confront their failures and regrets with an honesty that can be both moving and painful.

Sometimes I just wanted to shake the pair of them, at other times I wanted to cry for them, or with them, I’m not sure which. The debate about the nature of relationships; love and pain; life and death; self knowledge and lack of self worth, are all skilfully woven into the story, yet presented so directly as to be almost too intimate and too close to home, all making for a totally compelling journey.

It was almost a relief when the couple are finally all talked out and have each, in their own way, come to an understanding and acceptance of their individual circumstances and both make the conscious decision to make the most of every opportunity and move on with their lives, each in a totally new direction.

The story didn’t quite end as I had expected however, although it was quite haunting and beautiful, given the ties throughout the story to the art of Caravaggio, particularly his work titled ‘Supper At Emmaus’, which both inspired them to open up to each other, yet eventually appeared destined to keep them apart.

Not being an art critic, I nevertheless spent some considerable time in researching the art and life of Caravaggio and confess to becoming mesmerised by many of his religious paintings, although the man himself appeared to be quite a troubled and not particularly likeable character. To my untrained eye, his paintings seem passionate, yet almost cruel, but with an expressive beauty that captured my imagination.

This book was an impulse buy from a charity shop and has been languishing in my ‘To Be Read’ pile for some considerable time. I wasn’t even sure whether to bother reading it or not, having heard mixed reviews and thoughts about it, but being the kind of person that just can’t part with a book until I have read it, just in case I miss something fantastic, I decided to give it a try.

I am certainly glad that I did save this one from being left unread any longer. A definite 4 out of 5 stars