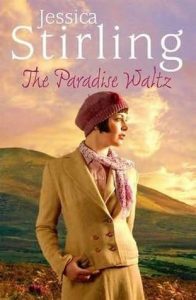 Christine Summers is a modern girl. It’s 1932, and the pretty schoolteacher has no intention of sacrificing her independence to marry anyone, least of all Charley Noonan, the rough-tongued young farmer who has pursued her for years.

When she meets lonely widower Alan Kelso, however, the mood the music and the man all seem to slip into place and Christine finds herself falling in love.

But Alan has also caught the eye of pony breeder Beatty McCall. Passionate, experienced and unscrupulous, Beatty wants him for herself and is willing to offer him more than Christine can ever hope to match.

Sometimes though, all it takes is just one dance to change your life forever. 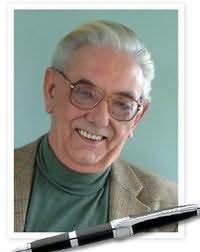 Fans of Jessica Stirling will probably be familiar with the story of how she became a writer, but new readers may find themselves in for a few surprises!

A Question – Do authors need to hide behind alter-egos and pseudonyms? Do we really ‘judge a book by it’s cover’ and pre-judge the quality of a specific genre of writing, by the gender of the author?

Jessica Stirling is a very Scottish author, but also very male, with the real name of Hugh C. Rae.

Hugh began his career writing pulp crime fiction, in his time off from his job as an assistant in the Antiquarian book department, of a Glasgow bookshop. He was then offered a niche on the list of a major publisher, although he was told that the novels to be written, were aimed at the female market and must be ‘fronted’ by a woman.

He decided that the best way to approach the problem, would be to find himself a female writing partner, who turned out to be Peggy Coghlan, older than Hugh, but one of his best friends. So began a very successful partnership for ‘Jessica Stirling’. Hugh and Peggy worked well and successfully together for many years, with eight titles to Jessica’s credit.

Peggy then decided to retire, but was more than happy for Hugh to take over full ownership of ‘Jessica’, which he has done, unaided, for the last 25+ years now, with more than 30 titles, of predominantly Scottish romantic sagas, to her name.

I don’t inherently find anything odd about a male author writing a romantic fiction novel, but I do find it outrageous that publishers are so adverse to the whole concept that romantic fiction does not need to be written by a woman, for women to want to read it, especially to the point where they insist on a male author having to adopt a female pseudonym to satisfy them.

“She knew without glancing at the wall clock or slipping her watch from her pocket that it was close to half past three and that the working week was almost over. John Thomas had begun to bounce up and down in his seat and, taking their cue from the biggest boy in class, the five- and six-year-olds scrambled to find their schoolbags and scoop up their books and pencils.

The little ones froze obediently but the rebels in the back row muttered and, for some incomprehensible reason, kicked the iron stanchions of their desks as if, Christine thought, they were contemplating mutiny just to avoid five more minutes of confinement”

Jessica Stirling, is top-notch at what she does – writing Scottish romantic sagas, that you can get yourself ‘lost in’, for a few hours.

Although she is a prolific writer, she always manages to find a slightly different approach to each of the individual stories, that I have read over the years, and  finds a way to weave an intricate plot, that will keep you guessing right until the end.

‘Paradise Waltz’ was a comfortable, cosy read. It brought a fullness and life to the characters in a very short time, giving me plenty of opportunity to see their development over the course of the story.

At the same time, a sense of the isolation, and almost unwelcome intrusiveness, of life in a remote rural location, came through quite strongly. A community hankering after some of the trappings of modern day living, but unwilling to fully embrace the changes needed, to unlock those rewards. I did feel that there may have been room for more scenic description about the village and it’s surrounds, but that may just be my hankering after a more ‘wordy’ detailed story and may have been totally incidental to the lives and interactions of the main characters.

Christine leads a relatively sheltered life, as ward to a retired Brigadier, living in a position of ease at his large country home and with a secure career as local school teacher. She is is a very naive and immature character, who is easily duped by the wily experience of local pony breeder Beattie, who outwardly is highly self-sufficient, quite used to living in the harshest of conditions and surviving on her wits – especially when it comes to men!

Alan Kelso, is a successful surgeon in the city, a widower who is seldom seen in the village, until he takes a shine to both women and they to him. He is possibly the weakest of the characters in this love triangle, indecisive, easily led and unwilling to make any kind of commitment for fear of making the wrong decision.

The appearance of an outsider, who is keen to make his home in this inward facing community and who is therefore possibly the most perceptive of the characters, eventually breaks the stalemate of the triangle, also breaking down the barriers to expose Beattie’s well hidden vulnerability and insecurity. The character of Les, is possibly the most well-written and developed character in this story and I found myself gravitating towards his outgoing and exuberant personality, to lift the whole plot of the book and move it along apace.

When seeming disaster strikes Christine and her mother, it again takes the outside impartial view of the newcomer to recognise the situation for what it is, ask questions when things don’t appear to add up and galvanise the reluctant Dr Kelso into action.

Although, to me, the ending of the saga appeared a little rushed, almost coming together rather too neatly and quite quickly into the last couple of pages and may have benefited from a little more time to reach a natural conclusion and highlight the final development of the characters, it was  nothing that spoiled the overall reading experience.

This book came from my own TBR pile, another find from a charity shop.

A comfortable read that made me feel good, this gets 4 out of 5