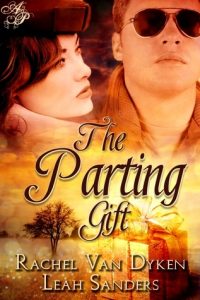 Blaine Graham lost his mother at the tender age of eleven. Grief over the loss drove a wedge between him and his father, and soon proved too difficult for him to deal with.

At the age of sixteen, he falsified his papers and made the trip across the border into Canada with his best friend to join the Royal Canadian Air Force and enter the war in Europe as a pilot.

Ten years later Captain Graham finds himself flying commercial jets in Boston – his estranged father and his past life all but forgotten, until the day he receives a telegram from his dying father asking him to come home.

“David Graham stood over his wife’s grave while the minister prayed. Her favorite spring lilies adorned her casket, and she would be laid to rest under the shade of a beautiful maple, just like the tree he had proposed under at that picnic over twenty years ago.”

“This is Logan Tower, Captain. You are clear to land.”

Captain Blaine Graham banked to the left and brought the plane around into position to bring her safely onto the landing strip. The sun filtered over the eastern horizon, reflecting off the water surrounding  most of the Logan International Airport.”

Once the correlation between the prologue and the main storyline was established (although I was left to speculate on what had occurred in the intervening 15 year interval), the plot became obvious and transparent quite quickly, so that I knew exactly what the end-game was going to be. However the build-up and plot construction was well managed and orchestrated, and hung together well as a sequence of events that wasn’t too rushed or hurried, despite the book having such a modest number of pages.

The characters were complex yet strong, very well defined and all ‘grew’ into their individual roles nicely, as the story progressed. The changes that the characters brought to bear on one another, were wrought through determination, persistence and the underlying knowledge that through their individual grief and conflict, they were all starved of the ability to give and receive love. It would only be when they could all open their hearts and minds to the inner emotional conflicts of one another, that the healing process could begin and from there forgiveness and love would automatically follow.

One of a series of books which was made available free of charge by its publisher, Astraea Press, as part of their first birthday celebrations.