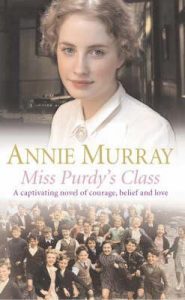 In the New Year of 1936, Gwen Purdy, aged 21, leaves her home to become a schoolteacher in a poor area of Birmingham. Her parents are horrified, but she has the support of her fiance, a recently ordained clergyman.

Her early weeks in Birmingham are an eye-opener: at the school she faces a class of 52 children, some of whose homes are among Birmingham’s very poorest. One of the teachers, the elderly Miss Drysdale, proves an inspiration, and Gwen begins to understand the appalling hardships endured by the children as she is drawn into their lives.

Little Lucy Fernandez is a ‘cripple’ and an epileptic. Through her, Gwen meets Daniel Fernandez, the elder brother in a fatherless household. The family has roots in a Wales’ small Spanish community, and Daniel is a young man as fierce and passionate in his emotions as in his social concerns. Gwen falls in love, and is quickly engaged in his battle to win rights for the working classes.

As the Brigades are mobilized to fight the Spanish Civil War, Gwen has to face the fact that Daniel has secrets in his past which she would rather not face up to… 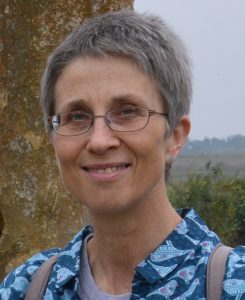 She had a penchant for writing at an early age, using the office typewriter down in the shop to compose her stories and including some of the items for sale in the shop, as part of the plots.

Her father, having served worldwide in the army, loved to travel and the family spent the holidays taking long trips in the family caravan.

Before becoming a mother to four children, she trained as a journalist and had a job with a charity in Birmingham.

She then got noticed as a ‘Richard and Judy’ author and hasn’t looked back since.

Since her first ‘Birmingham’ novel was published in 1995 she has written a new story almost every year.

ANNIE CHATS ABOUT THE BOOK

“I like writing about children because that is a time of life when our perceptions of the world are very intense, and children are so vulnerable to the fortunes of adults. I also wanted to write a book about a school in the difficult days of the 1930s, and so Canal Street School came into being, a Victorian, red-brick school like the one my children and thousands of other people’s children have attended right up to the present day.

But as ever the story expanded! Gwen Purdy comes to Birmingham from the countryside, as I once did myself, and this was to be the story of a school. But somehow it became obvious that the year when the story would happen was 1936, and one of the families at the school was a Welsh/Spanish family who had come to Birmingham from the Welsh valleys in search of work….. And suddenly, from being a story just about a little school, it also included the British Communist Party, the struggles of the Welsh mining towns at that time, the hunger marches and the Spanish Civil War…

And at the heart of this, still, were children, especially Lucy Fernandez, sister of the idealistic Daniel, who Gwen falls so much in love with, and little Joey, who disappears from the school to become one of the children who slipped through the net in the 1930s to live among other vagrants who were trying to keep a life together on the streets.”

“A heartfelt saga with strong emotional relationships at its heart”

A well structured, multi-layered storyline, written with real heart and feeling, by an author who is a consummate storyteller and knows exactly in which direction she is taking her readers, when they begin their journey. Rich in atmosphere and compelling; with the assured, observational and descriptive narrative and the excellent conversational yet intense dialogue, offering a real sense of time and place.

Middle class gentle woman, Gwen is unsettled. She feels that she should experience more of life outside of her own peer group, before  simply marrying the local minister and settling down to a suburban life, as his wife.

She isn’t exactly strong and openly defiant, in the face of mounting opposition from her parents, when she decides to take a teaching post in a Birmingham inner city school, but she does stand her ground, with some support from her fiance, albeit with their thoughts that, when faced with the despair and deprivation they were certain she would find, she would soon come running home.

She can’t believe the amount of despair and destitution that she finds among her pupils and is tempted to give up at the first hurdle. She is however, spurred on by the optimsim and hope that exudes from her fellow teacher Lily Drysdale, who inspires her to seek changes in a system, where corporal punishment is meted out with great relish and parents only send their children to school because they are forced to and they would much rather their young offspring were out earning a wage, to go towards the family expenses.

Then, as now, Lily would be perceived as a great force for change, although a lone voice in the wilderness, often goes unheard. It wouldn’t be for another couple of years, when World War II gathers pace, that attitudes begin to change and those wilderness voices start to be heard and recognised.

At first Gwen came across as a very dithery, lack lustre character, with no strength of character or backbone. I think that this would probably have been quite typical of the middle class ladies of the time, who set out on a mission to civilize and educate the poor masses, only to find themselves completely out of their depth and unable to cope outside of the cushion of their own, genteel social sphere.

I saw her character begin to grow, develop and fill out, as the story progressed, although we do still see her ‘play’ at Communist activities, with Daniel and his supporters and it isn’t until she realises that they are passionate about fighting for the cause of the working classes, no matter whereabouts in the world that may be, that she finds the maturity and strength of character to stand back and make an assessment of where she might fit into the scheme of things.

Playing the hero’s girl isn’t helping the Communist party at all, so she vows to let Daniel go and fulfil his own destiny and whilst waiting for his return , sets about changing situations for her own young charges, in whatever small way she can.

Gwen has by now, had to abandon her former life completely, partly due to her parents prejudices and intransigencies in allowing her the freedom to live her genteel life, whilst continuing her work with the poor children. Also because she herself, has come to the conclusion that the cosseted life she has hitherto led and the sedate and superficially benefactory role she will be taking on by marrying the vicar, is not really what she wants.

She has begun to look at Ariadne, her landlady, in a different light as well. Gwen’s first perception of Ariadne, was of a silly, simpering women, chasing any man she can. With her new and mature attitude, that perception changes completely and she is able to see through Ariadne’s thin veneer of carelessness, to see the real person beneath. With this new insight and synergy between them, and with a little help from her small, new friends, Gwen is able to help Ariadne and offer both of them a happiness neither could have dreamed of…

The development of Gwen’s character is slightly patchy, yet definitely authentic and becoming more strongly defined, as the novel reaches it’s climax.

Overall, this was a good easy read, although very troubling.  Not so much a book with a message, as a well researched and credible, cultural fiction insight into the lives of inner city people, in the mid 1930s.

A paperback edition of this book was purchased by me from my local charity shop.