The Colour Of Blood
by Declan Hughes
Review 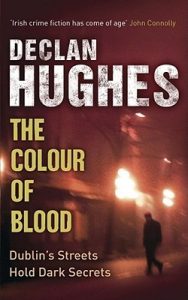 Emily Howard is nineteen years old, slim and petite with a pale complexion and a red rose tattoo.

She is also missing.

She disappeared three days ago, and now her father has been sent photographs of her naked body.

He is desperate to find her.

So he calls Ed Loy, a private investigator who knows the dark streets of Dublin better than most; a man who will find Emily Howard within twenty-four hours.

But locating Emily turns out to be only the beginning.

Within hours, Emily’s ex-boyfriend is found murdered, and Loy finds himself in a race against time to catch a killer – and to unearth the many dark secrets the Howard family have kept long buried. 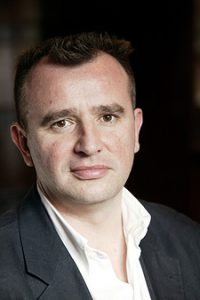 His plays include I Can’t Get Started; Love and a Bottle (adapted from Farquhar); Digging For Fire; New Morning; Halloween Night; Twenty Grand; Tartuffe (adapted from Moliere); Shiver and The Last Summer.

Declan’s first novel, The Wrong Kind of Blood won the Shamus Award for Best First PI novel and the Le Point magazine prize for best European crime novel. Subsequent novels include The Colour of Blood; The Dying Breed; All The Dead Voices and City of Lost Girls.

His books have been nominated for the Edgar, Macavity, Theakstons, CWA New Blood Dagger and Irish Book awards.

His last novel was All The Things You Are.

The last case I worked, I found a sixteen-year-old girl for her father; when she told me what he had done to her, I let her stay lost.

The case before that, I provided a husband with evidence of his wife’s infidelity; that night he beat her to death, then hanged himself in the marital bedroom.

Now I was calling on a man who by nightfall would be the prime suspect in two murder cases.

Maybe one of these days, I’d get a better class of client. Maybe some day. Maybe not today

“… for all I told myself, I didn’t just make my living this way, and it wasn’t about justice; I seemed to need the chaos other people brought me so I could make a pattern from it, establish the connections they couldn’t see themselves. Not from envy, but from need”

“…. wondered whether the sins of the fathers could ever be washed away ….. or whether a legacy of tainted blood would always colour the lives of the children and the children’s children. I didn’t come up with any answers”

Declan Hughes definitely brings the role of the Private Detective bang up to date and into the 21st Century, with his character Ed Loy.

The language, sexual references and violence, all accentuate the fast paced story and vividly drawn characters.

The story certainly highlights the seedy, depraved, gang run side of Dublin, that lurks not too far beneath the surface; of the people who will do anything for gain, enjoy what they do and have nothing to lose.

Much worse I thought, were the people from ‘the other side of the fence’, who did the hiring, but considered themselves to be squeaky clean, because they didn’t actually bloody their hands or see the results of their greed and hatred.

The thin veneer which personified the respectable face of humanity and philanthropic living, was quickly peeled away by Loy.

Family image and an unforgiving religion are the pivotal points of the story; old money, old lies, old secrets, old grudges. One lie and half-truth, follows the other, until Loy starts to unravel the secrets they have been trying to hide as individuals, but that would bring the whole family dynasty to it’s knees, when pieced together.

The climax of the story, forces the family to bring all of it’s skeletons out of the cupboard and face the consequences, in a spectacular way, whilst at the same time forcing Ed Loy to confront a few ghosts of his own and hopefully begin to lay them to rest.

I thought that the weaving together of the two stories at the end of the book, was very well done and I certainly hadn’t put two and two together.

I was a little confused about the kidnapping (not giving anything away, it is part of the synopsis), it didn’t seem to have any relevance or substance to it and was quite a weak part of the overall story.

As a murder mystery and an overview of the religious fervor in the Catholic Ireland of the 1960’s, 70’s and 80’s, it lived up to expectations and earns a 3.5 out of 5. Rounded down to 3 on sites which demand a rating 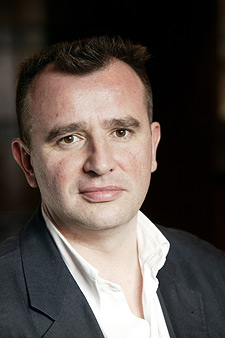