A giant wildfire is roaring through Colorado’s Flat Tops Wilderness.

The massive blaze is wiping out Allison Coil’s precious hunting grounds, and the flames have set their sights on the beautiful ranch owned by her boyfriend’s family.

Allison and longtime friend Trudy are shocked to learn that a body has been found in the fire ravaged forest—a friend who was a reclusive environmentalist with an unorthodox idea for the battle against global warming.

Along with reporter Duncan Bloom, Allison burrows into an underground group of anti-government extremists.

As they strike close to home and hurt those closest to her, Allison vows hell might not be punishment enough for this cabal of sinister fanatics.

Mark is the son of two librarians and was raised in Lincoln, Massachusetts.

He graduated from Lincoln-Sudbury Regional High School in the suburbs of Boston and later from Principia College in Illinois.

He lives in Denver with his wife and has two grown daughters.

Catch up with the latest news at Mark’s website

“Nature kills as mean as man.”

“Devo could live in a permanent dawn. The crack of light—the promise.”

“One positive about these visits was the welcome reminder that she had hooked the one offspring in the brood, Colin, who believed there were more questions than answers.”

“Nature kills as mean as man“

In some ways I wish I had gone back in time and read the series in sequence, rather than coming late to the party with book #4. Whilst it didn’t really take me long to unravel the cast of characters and establish their relationships with one another, there was obviously unfinished business going on in the background, which had been carried over from previous books and it would have been good to have been able to tie up all the loose ends. The same might be said for the ending of Lake Of Fire, which once again seemed to be a little vague in conclusions about several story threads, which were obviously lining themselves up to be continued  or concluded in book #5.

Whilst even in series reading, a definitive story conclusion is purely a matter of personal preference, I can honestly say, that on this occasion this in no way detracted from the quality of the storyline, the descriptive narrative and storytelling, or the excellent character casting. Lake Of Fire  works just fine as a stand alone story.

The action started right from the very first line and never really stopped until the final sentence and there were so many twists, turns and red herrings along the way, that the reading turned into something of a roller-coaster of emotions, with my loyalties being pulled this way and that.

Not coming from a hunting background, or having any allegiance to non-essential hunting in any way, shape or form, I was pleased that Allison Coil’s ‘proper’ job as a hunting guide, when she wasn’t called into service as an amateur detective, was kept pretty much in the background of the story, although her obvious tracking skills were very much in the forefront of the final chase, when I could only admire her expertise and staying power.

Mark’s writing is obviously well researched, intense and observational, with landscapes coming to life so well, that the sights, smells and sounds are almost tangible, so much so, that I could almost imagine myself there amongst the action – the silent and invisible witness to unfolding events.

Despite its beautifully crafted descriptive tones, the dialogue and narrative is surprisingly crisp and punchy, with few wasted words and the action moves along and flows at constant speed, never once feeling rushed or too hurried, despite the heightened tension and suspense as the story progresses and the disturbing direction it takes….

This isn’t just any murder. What nobody realises at the beginning of the enquiry is that they are dealing with a very well organised group of secessionists. (Just one small spoiler – but not enough to ruin the party!)

Mark’s character building and development is likewise, faultless and believable, evoking strong emotions about those I loved and those I loved to hate. To a person, his characters are all flawed and complex, carrying emotional baggage which threatens to change the direction and dynamics of the action at a moments notice. They are however, fiercely loyal and have built strong and binding friendships, which draw them to stick together, no matter how bad things get. And how could I not love a heroine who always keeps tequila handy?

Without giving away any more spoilers, I can only reveal that Allison’s loyalty is tested to the full, as one by one her friends and potential family members, all come under suspicion for a whole raft of crimes, including murder. She must sort the good from bad, guilty from innocent, those she will condemn and those she will pardon. Is her partner Colin, really the man Allison thought he was and if not, does he have the mettle to shake off the shackles of his past and make a new beginning with her?

The complimentary PDF copy of this book, came courtesy of the lovely Samantha, over at ‘Roger Charlie’. Sami has introduced me to some great new books and authors over the months, so I aways look forward to her emails.

I have written this review for my own records and enjoyment. I have not been requested so to do by any author, publisher or social media site and I have received no offers of payment to do so.

Written by Yvonne
8 comments
“The simple message of a garden is hope that sprouts from tiny seeds”
The Victory Garden
by Rhys Bowen
The Review
FacebookTwitter
Most people’s lives are never quite what they seem!
This Perfect World
by Suzanne Bugler
Review

A peaceful walk around the block 😎 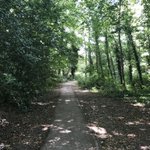 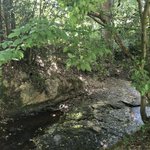 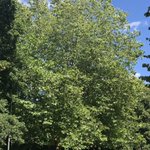 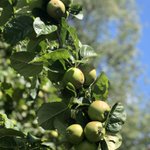 When you suffer from vertigo you have to love the hero who comes to your rescue. But travel blogger Leah is done with men. Or is she? Will Dr Daniel Preston change everything? #feelgood 🌼 https://bit.ly/34e01G9 https://bit.ly/2RAU1U5 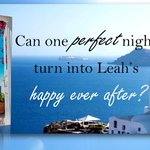