Yay! I am so excited to have been accepted by Sarah and the lovely team at Bookouture, as part of their network of bloggers taking part in ‘Books on Tour’. This is my first official post with them and I look forward to many more over the coming months. Once again, my thanks also extends to lovely gang at NetGalley, who always make the downloads so easy!

As my review features at the end of this short tour, I am certain that there will have already been some excellent posts shared by my fellow bloggers, so why not stop by and check a few of them out!

The full tour schedule can be found at the end of this post.

WHAT ONLY WE KNOW 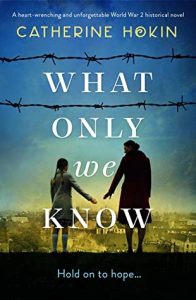 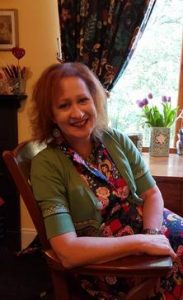 Catherine is originally from the North of England, studied history at Manchester University, and is now living very happily in Glasgow with her husband, their children both having grown up and left home.

Following a rather meandering career which has jumped between marketing, teaching and politics (Catherine hastily adds that readers shouldn’t try and join the dots), she has finally managed to become what she always wanted to be, which is an author.

Catherine admits to being a story lover as well as a story writer and nothing fascinates her more than a strong female lead and a quest. She always hopes that is what readers will find when they pick up one of her books.

As well as historical fiction, she write short stories which have been published in magazines including Writers’ Forum, iScot & Myslexia, and have also been placed in competitions, including first prize in the 2019 Fiction 500 Short Story Competition. She blogs on the 22nd of each month as part of The History Girls collective.

If Catherine is not at her desk, you’ll most probably find her in the cinema, or just follow the loud music!

“Salt danced through the breeze, tingling at her lips. Dawn was breaking. Clouds trailed in chiffon streaks across the sky, rose gold and candyfloss pink. The promise of a heat-soaked day to come.”

“There wasn’t a finger’s breadth between them. Paul’s eyes were closed, his chin resting on Margarethe’s black curls; Margarethe’s head was tucked into his chest, her arms draped round his shoulders.

Liese imagined her father choreographing the pose and spinning its caption: Paul and Margarethe Elfmann – the fashion genius and his beautiful muse. Two perfectly still figures forming one complete whole.”

“The world had been out of balance for far too long. It was time, at last to level the scales.”

“The world had changed beyond repair and yet on her parents went, helpless and spoiled and completely self-centred. They were a burden as heavy round her shoulders as the business had been.”

“You’re wrong. You’re so wrong. Some things never end, the war’s not over and you’re caught in its crosshairs, just as tightly as me.”

“‘We haven’t been much use to you.’ He shook his head as she tried to speak. ‘It’s best I finally face the truth, even if it is too late to mend things. We thought the world would always be ours, you see. And we’re not equipped for what it’s become. Your mother is my centre, Liese; Lottie is yours. Let us go; keep what matters safe.'”

“She had turned young and old, and it broke my heart.”

“She felt old, lost in other people’s emotions.”

“Hold On To Hope“

I don’t know about “Hold On To Hope”, but this was definitely a case of “Hold On To Your Hankie”!

Now I am not generally given to showing much emotion and I certainly don’t become overcome by books I read, especially not fiction. However, this one tugged at my heartstrings from the very first page – the very first sentence even – and it didn’t let me go until the final finger swipe of my kindle on the last page!

If this had been a film, which is not at all implausible, it would have been one I would have watched alone, as it is not my husband’s cup of tea at all, and I would have been blubbing like a baby for most of the way through – not a dry eye in the house!

There were oh! so many great quotes I could have shared from the book’s pages, however, any more than I have featured would begin amounting to some serious spoilers, so you’ll just have to discover them for yourself.

This book had just about everything I look for in a good read. A beginning which drew me in and intrigued me; an ending which although maybe a little typecast, was the only suitable conclusion from my point of view; and a storyline which was absorbing and held me in thrall throughout. Some great plot building and character development, just about rounded off the package.

Having recently recognised the 75th Anniversary of VE Day, this well researched and constructed storyline was particularly poignant in its intensity and profoundly touching. The trauma of being born famously Jewish in a Germany where war is only a hairsbreadth away, is just the beginning of this stunning wartime novel, which offers up snapshots taken through the intervening years, as it heads towards its tumultuous modern day conclusion. Told predominantly in two separate timelines, which intersect from time to time, I enjoyed this engaging style of writing, which was well laid out and straightforward to follow, although I did need to make date notes as I went along, just to make sure I was on top of the intertwining switches.

I could sense the urgency in the storyline, however Catherine took her time over setting the scene, then describing it in rich detail, making it an inclusive and very visual journey for the reader. Rare moments of spontaneous joy shine through in what is an otherwise uncomfortable, heart-breaking piece of social history, told and heard so many times over I’m sure, but for me, never so personally as through the eyes of this small group of individuals, who some 70 odd years on, are still reliving events, trying to make sense of, and coming to terms with, their personal traumas and memories. All still searching for a sense of belonging and most of all, closure and forgiveness for events which were always so much beyond their control.

The two main female protagonists, Liese and Karen, are each from either side of time divide, which gave me a hint as to where the storyline might be heading, but not what either they, nor I, might have to confront and endure along the way. Both women are strong and head-strong, yet weak, in almost equal measure. Both willing to confront their fears, but both unwilling and unable to reach out for the help which may mean that their struggles are not so lonely and for one of them, so final.

Karen in particular, feels that she has nothing left to lose by digging into an unspoken past which has silently dominated her life for so long. Unfortunately, she has long gone past the time of treading carefully and taking other people’s feelings into account, a hard lesson, which once learned, will soften the edges of her thinking and open her eyes to what was probably in front of her the whole time.

Liese’s story is the most difficult to even imagine, let alone put into words. Catherine’s skill in committing to words, a visual picture of her total and utter devastation and desolation, whilst still maintaining that basic need we all have for survival is emotionally draining to read. Sometimes though, I just wanted to shake her out of her stupor and remind her of the good things she still had to focus on in her life, which ultimately were not enough to assuage her guilt and the depths of despair to which her life had sunk, totally out of her control.

The two male protagonists, Michael and Andrew are both from the same side of the timeline, extremely complex characters, with totally opposing beliefs, both politically and personally. Each is as strong-willed and stubborn as the other, although Michael wears his heart on his sleeve and is very vocal and proactive when he believes in something with enough conviction. Whilst Andrew is equally recalcitrant, but brooding and silent for the most part.

Oh my goodness! Thanks to Catherine’s skilled narrative and dialogue, I found myself actually imagining this cast of characters as real people!

You really do just need to go and read the story for yourself!

A complimentary download of this book, was kindly made available by Bookouture and supplied by NetGalley.

However some review sites do demand a rating value, so when this review is posted to such a site, it will attract 5 out of 5 stars and a place on my Goodreads ‘Favourites’ shelf. 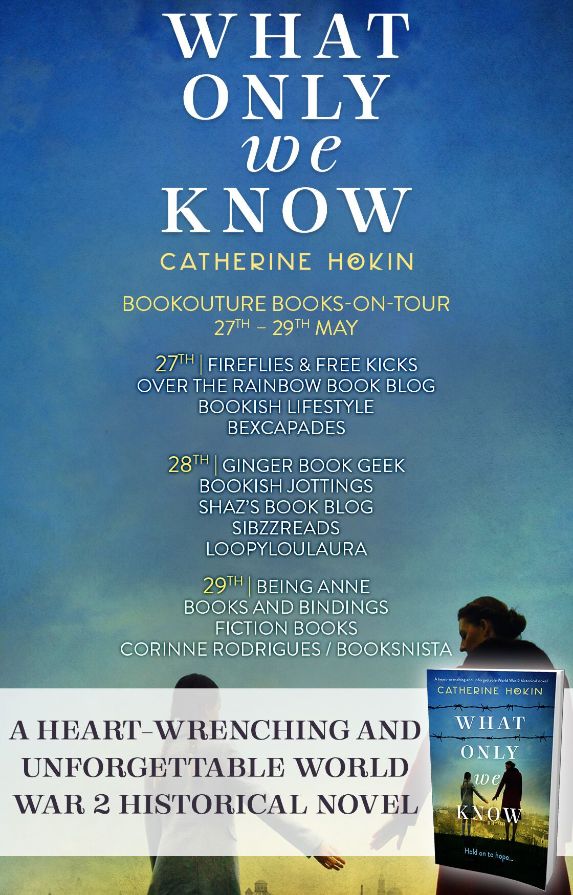