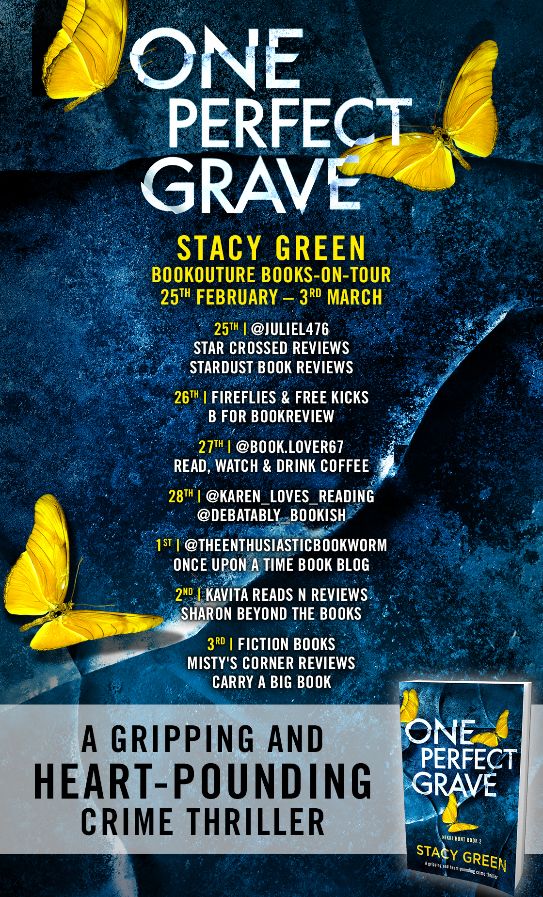 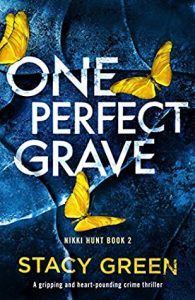 She didn’t see the patch of black ice until it was too late. The car started to spin, and as it veered off into the deep ditch and the mounds of snow beside the road, she saw him. The little boy frozen in the ice.

When the remains of two bodies are found in an open grave along a desolate highway in Stillwater, Minnesota, Special Agent Nikki Hunt knows exactly who they are. The bright blue jacket lying on the frozen earth belongs to Kellan Rhodes, the missing boy she’s desperately been trying to find for the last two days. The other body is his mother Dana, who had been Nikki’s lead suspect.

Although the wounds on Dana’s body suggest she murdered her son and took her own life, Nikki finds evidence that suggests she was a victim too. Dana was desperately trying to regain custody of Kellan, and Nikki finds boot prints at the scene that belong to someone else.

When another child is reported missing, local journalist Caitlin Newport claims the cases are linked: Zach Reeves was taken away from his own mother in a custody battle, just like Kellan was.

Caitlin once helped Nikki find out the truth about her own parents’ murders, but her desire for a story nearly cost Nikki her life. Now, Nikki must decide if she can trust Caitlin again, before time runs out to find the killer and bring Zach home alive… 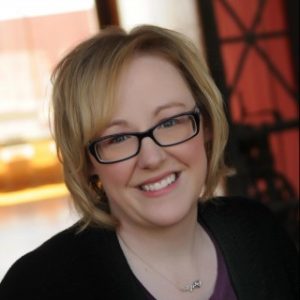 Stacy grew up in southeastern Iowa where life was always a step slower and everyone knew each other’s name. She spent her early years watching crime shows with her parents, so her love of suspense and psychological thrillers is no surprise.

A natural introvert, Stacy turned to writing early on, compiling notebooks of stories. She read every mystery she could get her hands on, from Nancy Drew to Trixie Belden to Agatha Christie and more. It wasn’t until she read Anne Rice’s Interview With A Vampire that she realized how deeply she wanted to create her own literary world.

A college professor changed her mind, however, and Stacy found herself in the magazine journalism program at Drake University. After earning her degree in journalism and sociology, Stacy worked in advertising before becoming a stay-at-home mom to her miracle child.

She rediscovered her love of writing and wrote several articles for a city magazine before penning her first novel.

Stacy is blessed to be a full-time writer and follower of her dreams, but when she’s not writing, she spends her time with her precocious daughter, supportive husband, and their three obnoxious but lovable canine children.

“He barreled through the drifts, the snow cascading into his boots. His heavy winter coat flapped in the cold wind. He was so scared”

“Ice pelted Michelle’s windshield. Despite the defrost blasting, the wipers struggled to keep the glass clear. She drove slowly along the two-lane road, hoping the headlights warned her of any dangerous patches. She was less than five miles from home, but the most dangerous part of the drive loomed ahead. Bridges freeze first. Michelle’s truck-driver father had practically beaten those words into her brain when she first started driving. With no ground below them, bridges couldn’t trap heat the same way a road could. Michelle had to cross the Valley Creek Bridge in order to get home”

“Nikki suppressed a smile. She had been one of those rule-breakers as a teenager. In fact, it was easier to count the rules she hadn’t broken than the ones she’d kept”

“Addicts don’t stop until they’re truly ready. And some never are”

“Because you’re the best. You’re the only person I trust – you know what law enforcement is like around here. What they did to you, the evidence they suppress just to solve a case as quickly as possible. I know you won’t stop until you find my son”

“But Agent Hunt, you of all people should know that a person can convince themselves of anything if they try hard enough”

“A gripping and heart-pounding crime thriller”

All the other fictional detectives need to move aside a little and make space for another first class investigator to take her place amongst them. I have to say that I just couldn’t turn the pages fast enough, in my eagerness to get to the end of the book and discover who the murderer was, after I had been tripped up by enough red herrings to cause severe injury to my pride!

This one had it all. It opened straight up into the action; the storyline never let up for one second; and the ending, whilst I didn’t get to accuse the right suspect, kept me on the edge of my seat. Oh! and just for good measure, although only by the skin of her teeth, Nikki manged not to get herself killed. She lives to fight another day – Book #3 please Stacy, anytime you’re ready!

I am still in two minds about going back to read book #1, but only for the case itself, as Stacy did such a great job of filling in the backstory without making it too overpowering for any existing reader who is already following the series, that I really felt like I already knew Nikki personally and could tell what she was thinking and how she was feeling. It goes without saying that she has enough emotional baggage to more than fill the average family suitcase and she sure doesn’t like to make her private life easy for herself. However she never takes her eye off the ball when it comes to work, even if the lines become a little blurred around the edges sometimes!

This compelling and multi-layered storyline is wonderfully textured, rich in atmosphere and constantly has the tension ratcheted up a notch at a time, as the well constructed and intense investigation draws to a climax. Particularly important to the team, as this investigation involves children and especially as Nikki is a mother herself, is their determination to achieve closure for the families with as much compassion, tact, diplomacy and thoughtful consideration as possible. Although this is made all the more difficult given the eventual and dramatic final turn of events, and the fact that other law enforcement teams in the area seem so hellbent on causing as much internal division and distrust as possible. When the chips are down Nikki and her small FBI criminal profiling team, manage to work alongside the local County Sheriff’s office, without any rancour or ill feeling. However, cross that County line into the next jurisdiction and you do so at your own peril, as Nikki is all too aware from previous personal experience, and some things simply never change!

The gripping and often slightly disturbing, narrative and dialogue was intelligent, crisp and fluid, with not so much as a wasted word. However the whole investigation managed to retain a skilfully written, visually observational and descriptive awareness that was spot-on and detailed enough that I could almost picture myself shadowing the team as they went about their business. I would quite like to have a leader like Nikki Hunt, who handles her team well, who after asking for input and opinions from them, never then jumps in with her own personal thoughts first, in case it clouds their judgement and influences them too much, as she really values everyone’s opinions and relies on collaborative thinking and ideas to solve a case. Although she is also never afraid to override one of them if necessary, so long as she has good reason to do so, and is always ultimately willing to hold her hands up and shoulder the blame if mistakes are made on her watch.

Author, Stacy Green, has done an amazing job of creating a completely diverse range of characters, who all elicited different responses from me. Some I could relate to and invest in all the way down the line, others I just loved to hate, and then there were those I could have cheerfully punched in the nose (or worse)! I guess my point is that they were all so well defined and developed, that I could get inside their heads and see what they were thinking. The synergy between them was raw and passionate, complex and emotional, powerful and vulnerable, but always genuine and believable.