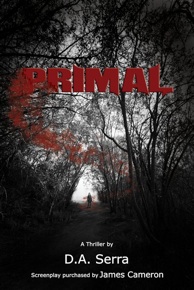 A family vacation to a Lake Superior fishing camp turns ugly when the camp is invaded by four heavily armed men running from the law. The Burne brothers do not realize that one of the campers, thirty-year-old Alison Kraft, was sick, and so, when they burst into the lodge and pulled all of the hostages together she was not among them.

Outside the lodge, in the darkness, Alison stands, paralyzed watching in the icy drench of the pounding rain. This gentle woman is left with only her wits, and the element of surprise, to battle for the life of her husband and her child.

She is alone. She will win, or they will die. 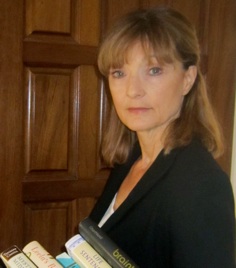 “She thinks if there is a God, and he was intent on creating monsters, the least he could do was make monsters look like monsters”

“While I agree there are those who do not deserve to live, humans are fallible, the legal system is fallible, and so we cannot implement permanent solutions with fallible hands”

Primal by name and Primal by nature, just about sums up this skilfully written, high octane and intensely powerful psychological thriller.

Primal love, longing, fear, hatred, loathing, violence, survival, retribution … the adjectives just keep coming to mind, to evoke the descriptive power, intensity and sheer strength of the writing, which held me mesmerised and in thrall, from the very first, to the very last word and beyond.

This is a perfectly plotted and plausible illustration, of just how one single moment in time, as an innocent bystander, can set in motion a chain of actions, which can change lives forever, damage the very fabric of a family with events which are so ferocious and stir up such raw and fierce emotions, that the consequences can chill to the bone.

An intriguing, well drawn, totally believable and unforgettable cast of characters, wove a plot and dialogue so full of realism and intensity, that I was constantly on the edge of my seat and engrossed, with the adrenaline pumping, as I tried to anticipate their next move.

Sitting on the outside looking in, I could almost feel the tension and intensity of the moment when Alison realises that Hank and Jimmy are in terrible danger, with the threat of their deaths being dangled as bait, in an attempt to make her capitulate and give herself up to her fate, along with her family and their camping companions.

However, this disparate, desperate and dysfunctional family gang of four brothers, completely loyal to each other in an almost unrestricted, cruel and lawless way, totally underestimates just what lengths Alison will go to, to protect and save the ones she loves. Using new found skills and a strength that she doesn’t know she possesses, her retribution and vengeance, against these would be assassins knows no bounds or limits in its violence and finality … Alison is not about to take prisoners!

Having been an only child, Alison, a normally mild mannered and quiet teacher, lives in her insular world, shying away from even her husbands large and boisterous family and the emotional demands that makes on her. However, not even the power of family connection can prepare any of them for the intensity of the  reactions which Alison exhibits in the aftermath of that fateful day. Even though physically her body has healed, her personality seems changed almost beyond recognition and her mind is honed into a constantly alert and defensive state, her senses more acute, focused and single-minded in her belief that the family’s ordeal is not yet over.

Despite Deborah introducing a couple of stabilising and calming characters to the mix, who mediate between the couple and try to reassure Alison that her constant fears are unsubstantiated, to husband Hank, it begins to look as though Alison has completely forgotten that both he and Jimmy are also constantly re-living the terrible events, of what started out out as quality family bonding time together and resulted in them all seeing things which will be indelibly etched on their consciousness forever. Just when it seems that the family are destined to separate and be irrevocably ripped apart at this crucial time in their recovery, Alison discovers that her female intuition, or mothers survival instinct, call it what you will, has not left her and that all her fears culminate in one last and very final chapter in the story, when her resolve and energy reserves will be put to the ultimate test, before she can relax and allow her mind and body to recover, as she refocuses on her family, safe in the knowledge that she has done her duty and been prepared to lay down her own life to protect the ones she loves and holds most dear.

Deborah has seamlessly adapted her screenwriting skills into writing a novel replete in observational details, full of mature and thoughtful dialogue, deep and emotional thought and containing excellent storytelling techniques in short and ‘punchy’ chapters, very reminiscent of the scenes in a film.

I can definitely see why ‘Primal’ might have started life as a screenplay and personally I think, that with the right cast, it has the makings of an excellent film.

As this book was a review request, a PDF of ‘Primal’ was sent to me by its author, Deborah Serra, free of charge.