‘A Coffin For The Canary’ By Gwendoline Butler

A COFFIN FOR THE CANARY

The time sequence of this extraordinary story is not simple, nor are the events that do (or do not) revolve within it. Olivia, half separated from her husband, meets a young man.

Her car is stolen.

The young man is shot.

Her car reappears – was it used for a Post Office robbery? The police think so.

In the end it is Coffin who comes to disentangle it all, though the sinister mesh surrounds and nearly drags him down too. 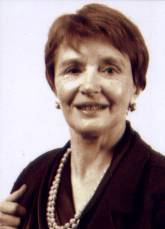 Gwendoline Williams was born on 19th August 1922 in South London, England, UK, daughter of Alice (Lee) and Alfred Edward Williams, her younger twin brothers are also authors. Educated at Lady Margaret Hall, Oxford, where she read History, and later lectured there. On 16th October 1949, she married Dr Lionel Harry Butler (1923-1981), a professor of medieval history at University of St. Andrews and historian, Fellow of All Souls and Principal of Royal Holloway College. The marriage had a daughter, Lucilla Butler.

In 1956, she started to published John Coffin novels under her married name, Gwendoline Butler. In 1962, she decided used her grandmother’s name, Jennie Melville as pseudonym to sing her Charmian Daniels novels. She was credited for inventing the “woman’s police procedural”. In addition to her mystery series, she also wrote romantic novels. In 1981, her novel The Red Staircase won the Romantic Novel of the Year Award by the Romantic Novelists’ Association.

To ‘Sing Like A Canary’, refers to someone who tells everything they know about a crime or wrongdoing to the police or authorities.

A ‘Yellow Canary’, is how the police refer to a woman who sings with a touch of hysteria.

This is definitely one series,  where I wish I had read some of the earlier books first, so that I had more ‘inside’ knowledge of Gwendoline Butler’s character, Inspector John Coffin.

I can usually come in mid-series and find the character so well established and developed as a personality, that not having been ‘in on it’ at the outset, isn’t a problem.

This was certainly the exception, for me. I couldn’t work out any thought pattern or personality traits for Coffin, at all. It was obvious, that like many of his fictional counterparts, his private life was a shambles and on the point of collapse. It was  clear that he had issues with members of other branches of the force, namely Special Branch, in this case. He also became far too involved with the female suspect in this case, although that all ended for him in the cruellest possible way.

Coffin, the reader was later to learn, had always been in the shadows of this plot, observing but unseen. It is not until right near the conclusion, that he makes himself visible and known and therefore adds his presence to the proceedings, which I found a little disjointed. There was no real evidence of any crime detection from the police, although I think we were meant to deduce that this was all going on behind the scenes.

The character of the main suspect, Olivia, seems to glide through the plot, totally disjointed and unsure of her role in it all. Her feelings are  manipulated by her friends and family and her life threatened by shady, dangerous characters from her past. She is led down a maze of drug induced events, that leave her bemused and ever increasingly seeming to be the guilty party, in the mind games that are being played out around her.

As this series involving Inspector Coffin, spans some fifty years of authorship, it would be good to read both an earlier and later case, to assess whether the style of writing changes in that time. This story is certainly penned in a distinctive manner, which although in essence is a suspense novel, is very subtle and based largely on a strange distortion of vision.

I came away slightly perplexed by the whole experience and although I read to the end, in anticipation of something more dramatic unfolding, I found myself uninvolved with the plot, which didn’t grip me as I would have liked. I would also have liked to feel more involved in the crime deduction and detection processes, which to me, are the heart of a good suspense novel.

I am still trying to assess whether Gwendoline Butler’s style of writing was ahead of the time, when this book was published in 1974;  if she deliberately keeps the detection of the case to the periphery of the story, making the suspect characters the centre of the plot; or I am trying to make something more, out of what is basically a mundane storyline.

For that reason, I would only feel comfortable, awarding this book 3 out of 5 stars.

I would love to hear from anyone else who has read Gwendoline Butler’s work, to get another perspective on her writing.