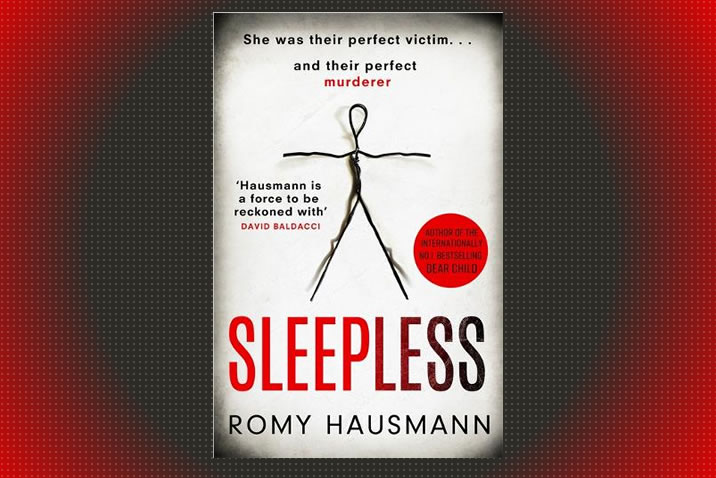 My thanks go out to Alexus, representing publisher Flatiron Books, for saving me a place on this lovely Blog Tour schedule. 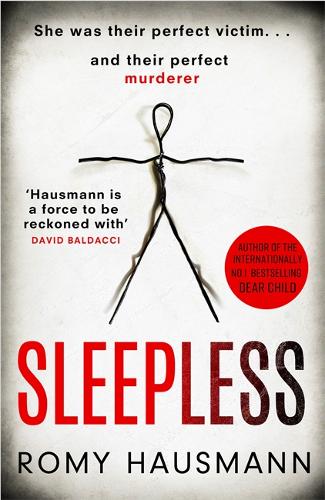 SLEEPLESS – (Translated from the German by Jamie Bulloch) 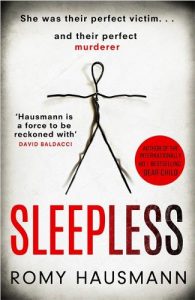 Dark secrets past and present collide in Sleepless.

A haunting novel of guilt and retribution from Romy Hausmann, the international bestselling author of Dear Child.

It’s been years since Nadja Kulka was convicted of a cruel crime.

After being released from prison, she’s wanted nothing more than to live a normal life: nice flat, steady job, even a few friends.

But when one of those friends, Laura von Hoven–free-spirited beauty and wife of Nadja’s boss–kills her lover and begs Nadja for her help, Nadja can’t seem to refuse.

The two women make for a remote house in the woods, the perfect place to bury a body.

But their plan quickly falls apart and Nadja finds herself outplayed, a pawn in a bizarre game in which she is both the perfect victim and the perfect murderer… 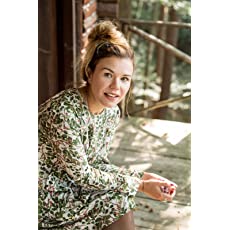 Romy Hausmann was born in the former GDR in 1981.

At the age of twenty-four she became chief editor at a film production company in Munich.

Since the birth of her son, Romy has been working as a freelancer in TV.

Romy lives with her family in a remote house in the woods near Stuttgart.

“I have no fear of failure. I like to test myself and see how far I get. If there are any limits to what I can do then I’m the one who sets them.”

I’ve written you dozens of letters and, now more than ever, regret never having sent a single one of them. I ought to have done. Definitely. You’ve every right to find out what really happened back then. To find out from me, in my own words, words I always believed to be inadequate. I don’t know what you remember, or if hidden somewhere at the back of your mind there’s still a fragment of our last meeting. I promised to catch the evil man. I tempted you with the sea, and you must have thought you could rely on me. That everything would turn out fine and that I would be the one to make sure it did.

All words are irrelevant now and I can only write this, perhaps my final letter, in my thoughts.

It’s over, my angel.

“Paul replied that boredom had nothing to do with the place where you lived, but with the people around you”

“Lenggries leafed through the papers in a folder. Paul slid his hands beneath his thighs when he felt the urge to grab this woman by the collar of her smart, fitted blazer and drag her across the table to spell out the seriousness of the situation”

“It’s probably very difficult to love somebody if you hate yourself. Damaged people damage other people. Can you blame them?”

“But, the way I see it, fury is like an avalanche: once it gets going it’s unstoppable”

“Grief is a creature with sharp claws. It makes a cruel cut down my torso like in an autopsy. It pushes my ribs apart and reaches right into my open chest to squash my heart like an old sponge”

“Everything in life has its consequences”

“And even the promises I gave to my family are ultimately just words. Meaningless words if they’re not followed up by deeds. The right deeds”

“For “guilt” is just another synonym for “death” – a crueller, more agonizing death”

Okay! I need to get this review out in the open and written, just as soon as I close the final page, lest events and images which are already jumbled in mind, become even more blurred with the passing of time!

“Sleepless” by name, “Sleepless” by nature, this gripping, slow-burning, psychological thriller, which is both plot and character driven in almost equal measure, chewed me up, messed with my mind, scrambled my brains, then spat me out! In fact I’m still not sure that I fully understood all the nuances of this intricate storyline and I’m annoyed with myself about that, as I really did concentrate hard and in solitude, as soon as I realised just how complex a read it was becoming.

Without giving away spoilers, it is quite difficult to encapsulate this heart-breaking storyline in just a few lines. However, as probably the principle protagonist, Nadja’s story is perhaps the most poignant and central to all other events. Beginning when she is still a young child, it is her home life which shapes her both physically and mentally and that is the domain of a mother, who whilst loving both Nadja and her younger brother Janek, as much and as deeply as she is able, has limited resources with which to survive. The life she adopts for herself affects her children, particularly Nadja, badly and irrevocably. The things she sees and hears, the actions her mother takes to make the children compliant and uncomplaining, are the cause of problems which shape a lifetime sentence for them both, and which can never completely disappear or be repaired.

Whilst the chapters are thankfully kept relatively short and punchy, their signposting is at times, rather confusing and a little disjointed. I was thrust from one timeline into another, transported back and forth between two different storylines and listened to several viewpoints along the way, all interspersed with a series of unsent letters which only really have relevance towards the end of the book, but which act as an ongoing and fluid, documented chain of thoughts, written by someone with a troubled and damaged mind. How author, Romy Hausmann, manged to pull all these tenuous threads and strands together, into a cohesive, tour-de-force finale, is a mind-boggling tribute to her imagination and tenacity.

This cleverly structured and well constructed storyline, is multi-layered, intensely textured, breath-takingly claustrophobic and rich in atmosphere. Romy deals confidently, yet perceptively and compassionately with Nadja’s mental health issues, as on multiple occasions they threaten to overwhelm her. However she also, with compelling penetration of insight and some gritty, head-on bravery, tackles with humanity, the issues which arise when that fragility of a badly damaged mind is threatened by unscrupulous individuals, who seek to turn Nadja’s vulnerabilities to their own advantage. The twists in the storyline are many and complex, the secret of the endgame is dangled tantalisingly close, only to be snatched away by another even more nightmarish event. With complete authority and confidence in the immersive imagery her words can evoke, Romy left me holding my breath in anticipation that this living nightmare would soon be over, although knowing that I would  have to read until that very last page, to either discover any sign of closure for Nadja, or to bring together those two convergent storylines to a redemptive conclusion.

Romy has created a deliberately diverse cast of multi-faceted, high tension, disturbingly manipulative and  high maintenance characters, who all demand that their individual voices are heard loudly and clearly during the telling of their story. The end result is often a maelstrom of ‘noise’, which becomes incessant and annoying, as you attempt to filter truth from lies, guilty from innocent and friend from foe, making them all potentially not investable, unengaging  and untrustworthy witnesses. Emotionally starved, complex and demanding, selfish and single-minded, none of them are particularly genuine or believable. Gero, whose machinations have been the most remorseless and calculating and who has so much to lose materialistically, is surprisingly, the one who seeks possible redemption and atonement for his wrongdoings. However it is Nadja herself who has everything to lose, including life itself, if she is pushed beyond her limits of endurance.

Although the finished product was not quite as seamless as I might have liked, I have nonetheless awarded the full 5 stars for the quality and depth of the writing, alongside a chill and fear factor packed storyline. I have often remarked that what makes reading such a pleasure for me, is the unique and individual journey each book takes me on. This is definitely one you should read for yourself, to discover where your journey takes you!

A complimentary download of this book for review purposes, was made available by the author, the publisher and courtesy of NetGalley