The Assignment
by Geraldine Solon
Review 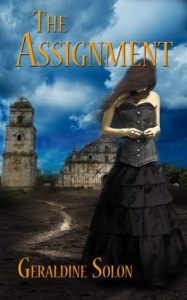 American travel journalist Sophie Matthews is searching for that elusive place called home. Working for Constar Communications has allowed her to see the world and experience different cultures, but the nomadic lifestyle has not enabled her to have much of a personal life.

As she approaches her fortieth birthday, Sophie’s priorities shift and she decides to quit her job to pursue a different dream—meeting a man, settling down, and starting a family. Her boss, Greg Sullivan, has one request—that Sophie complete her last assignment featuring the life of artist/writer Marina Suarez.

During World War II, Marina’s entire village was captured by Japanese soldiers leaving Marina as the sole survivor. How she was able to survive the slaughter of her village and family remains a mystery. Sophie is intrigued by the assignment, but hesitant to return to the Philippines, which left her with a broken heart ten years ago at the hands of Eric Santiago, the only man she has ever loved. As fate would have it, Sophie soon finds herself in the busy streets of Manila and crosses paths with Eric Santiago once again. As Sophie tries to unravel the mystery of Marina’s life, she learns that Eric is the only one who can help her put the pieces together.

But when she discovers Marina’s deep, dark secret, little does Sophie know that it will change her life forever. 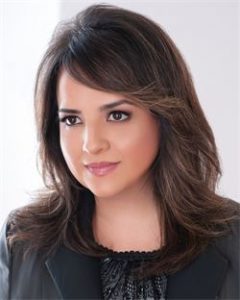 Inspired from an early age by the books of Enid Blyton, the author of  Love Letters and Chocolicious, Geraldine Solon, always knew that it would only ever be through her writing that she would find true solace and a release for her wild imagination and love of story-telling.

Prior to writing her two previous, best-selling, women’s fiction novels, Geraldine had already written and self published three books for children; together with, Odes, Insights And Stories For All Seasons, a mix of poetry, articles and stories, that leads the reader on an emotional and spiritual journey through her own life experiences.

The Assignment is Geraldine’s third novel in the women’s fiction genre, with her debut novel Love Letters, having already been optioned for film.

Geraldine moved from her birthplace in the Philippines, in 2001 and now lives in the San Francisco Bay area USA, with her husband and family.

“I’ve always been a firm believer that love conquers all and that every woman’s experience is a story in itself. Life is a never-ending journey and my imagination and experiences have inspired me to write powerful stories. Although my books are fiction, my goal is to offer compelling lessons about life and love. The message I wish to convey to my readers is that despite the many challenges we face in this world, we must have hope and faith. Overall, it is love that binds us together”

“I believe in the three P’s Patience, Perseverance and Prayer. That should keep you going”

Keep up with all Geraldine’s news at her Website

It rained for the first time in January 1945. I remember that day very well … There were explosions everywhere. I was surrounded by dead bodies. The stench of blood made my knees want to buckle, but all I could do was run and that’s what I did. I ran till there were blisters on my feet. I ran till I could no longer breathe. I ran till darkness crept in. It was only when I sat by the tree and closed my eyes that I felt his touch. Looking up, I knew I was gazing into the eyes of my enemy …

“People live their lives like something’s chasing them and by the time you get to the end, you look back and wonder if it was all worth it”

“A lesson for all of us is that for every loss, there is victory, for every sadness, there is joy, and when you think you’ve lost everything, there is hope”

“A story of  love, betrayal and forgiveness”

Another ‘Tour de Force’ from Geraldine, which she places firmly in the genre of women’s fiction, although I would also class this as an exceptional romance, which transcends time and generations.

I don’t know just how much say that Geraldine has in assigning the title and cover art to her books, however I felt that the working title of ‘The Assignment’, was competently and cleverly crafted into the storyline and the cover art was completely relevant to the storyline and captivatingly alluring.

Given that ‘The Assignment’ centres the majority of its action, in Geraldine’s home country of  The Philippines, it is not difficult to see where some of the obvious enthusiasm, inherent pride, genuine love and intimate knowledge of  the country and its troubled history, originates from – it is there, laid bare for all to see, in her evocative and descriptive writing and heart-rending storyline.

Geraldine introduced many Filipino words into her authentic narrative, which had me reaching for my dictionary. However, I need not have worried, as she then expertly and almost without pause, worked easy to understand definitions of these words, into the text, leaving me the most minor use of said dictionary, for the scant few words which needed translation.

I also wondered just exactly what inspired Geraldine in her choice of timeline and the era of the late 1980’s, in which the opening story was set. However once again, there was clever use of the underlying secondary storyline, which clearly had its roots well and truly planted in the 1940’s terrors of the country’s wartime invasion and occupation by the Japanese. The horrors of the conflict are there, brutal in their enforcement, yet somehow described by Geraldine, with immense compassion for the feelings of her fellow Filipinos, who still today must so vividly remember past events. This contrasted so sharply with lush descriptions of  the intrinsic beauty of the country and its inherently optimistic and happy people, as we switch back and forth in the timeline. The plot has many facets, twists and turns, yet all the time calling on the human spirit, to guide it in the right direction.

The characters, including the secondary cast, are all solidly portrayed, with the chemistry and various dynamics between them being well written and defined and their individual complexities and relationships, skilfully laid bare for all to see.

Sophie has always considered herself to be  strong and independent. After losing her parents at a young age and then as a self-assured young woman, having suffered such emotional anguish at the hands of the only man she has ever truly loved and who she thought loved her in return, she has built a defensive wall around herself, keeping herself distanced from any strong emotional attachments and living her life through her extraordinary career. She thinks she has everything under control, but in reality the cracks are beginning to show and when a truth is revealed to her,  which shatters the very fabric of her entire life and questions everything and everyone in whom she has ever believed, her world begins to crumble at an alarming rate, leaving her desolate and reeling. When Sophie finally discovers the true extent of  past deceptions,  she needs to find vast reserves of inner strength and courage to rebuild her life and start again as someone new, learning to trust and love, respect and forgive and move forward with a new inner peace and serenity. The last page of this chapter in her life has to close with the completion of her most personal and triumphant assignment, leaving a new and empty page, just waiting to be started!

Eric, is Sophie’s nemesis. His unrevealed secret, which had torn them apart once, can now be revealed, but is Sophie in the mood to hear him out? Eric is a loyal, trusting and trustworthy person, but when he was asked to perform one last act of kindness and devotion, he felt that his disloyalty would be more than he could bear, so was unable to bring himself to complete the promise and Sophie became the casualty. His problem now is that he has a second secret, or at least he suspects he has, although he is aware that even he has not been entrusted fully with all the details. Once again, his sense of loyalty is stopping him from revealing what little information he knows and once again Sophie is the one to suffer. He is desperate that Sophie should understand his motives and reasoning, whilst he is aware that the knowledge he guards, will surely devastate the lives of more than one of the people he loves more than life itself.

Marina is undoubtedly the most tragic of all the main protagonists. She has a secret, which she has held only to herself, locked within her heart, for over forty years, which she lives with on a daily basis and which is slowly eating her alive, leaving her bitter, resentful and lonely. She has never actually been ‘alone’, but has enjoyed the love of a good and kind man, has given birth to and raised two fine children and has lived in a relative lap of luxury … Now, the man who adored her has died and she has managed to drive a wedge between herself and her children, leaving her life-long members of staff and Eric, her only true friends. Now, even her memories are on the verge of exposure, as the American media get wind of her painful past and have sent one of their top investigative journalists to interview her. Nothing can prepare her for the emotional pain and turmoil she is subjected to and only death itself looks to be her saviour … However, life isn’t done with her yet, her strength and determination overcomes yet more adversity and self denial, until the floodgates are opened and the memories, unlocked and released, come pouring out. Only now, and not since she was a small child, does Marina really knows what it is to be free and given a second chance at life, to love deeply, truly, openly and freely and to be loved unconditionally in return, by someone who cherishes her for who she is and not as a panacea for something someone else is lacking in their own lives.

This is the story of three incredible journeys, born by three people’s stoic beliefs in grim determination and second chances

This is definitely Geraldine’s most engaging, encompassing and enlightening book to date.

This book was a review copy, sent to me as a Kindle download by the author, Geraldine Solon and as such, was free of charge.