The Bell In The Lake
by Lars Mytting
Review

Thanks to the publisher, MacLehose Press and the great team at NetGalley for the ‘Read Now’ opportunity to review this lovely book

THE BELL IN THE LAKE

Norway, 1880. Winter is hard in Butangen, a village secluded at the end of a valley. The lake has frozen, and for months the ground is too hard to bury the dead. Astrid Hekne dreams of a life beyond all this, beyond marriage, children, and working the land to the end of her days. Then Pastor Kai Schweigaard takes over the small parish, with its 700-year-old stave church carved with pagan deities. The two bells in the tower were forged by Astrid’s forefather in the sixteenth century, in memory of conjoined twins Halfrid and Gunhild Hekne. They are said to hold supernatural powers. 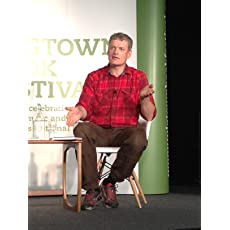 Lars Mytting is a writer and self-taught car mechanic, who was born in Favang, Norway, in 1968.

When he was commissioned to write Norwegian Wood, his guide to chopping, stacking and drying wood the Scandinavian way, he had no idea it would turn out to be such an international hit, selling half a million copies across its editions. In the UK it was the 2016 British Book Awards Non-Fiction Book of the Year.

Lars then worked with illustrator Adam Doughty. to produce The Norwegian Wood Activity Book (November 2016), which was very much in the spirit of the original. His twin daughters, who both love art, helped “stress test” the images with their pens and the book had their full approval.

His third novel, published in English in 2017 as The Sixteen Trees Of The Somme, also hit the bestseller list after only a week at home in Norway, and became the main selection of the largest fiction book club. Film rights have also been acquired.

The Bell In The Lake is the first in a rich historical trilogy that draws on legend to explore the clash between tradition and modernity.

“The birth was hard. The hardest ever perhaps, and that in a village where many births might compete for that title. The mother was large, but not until the third day of her confinement did they realise she was carrying twins”

“The Sister Bells had neither a sad nor fearful ring. At the core of each chime was a vibrancy, a promise of a better spring, a resonance coloured by beautiful, sustained vibrations. Their sound penetrated deeply, creating mirages in the mind and touching the most hardened of men. With a skilful bell-ringer the Sister Bells could turn doubters into churchgoers, and the explanation for their powerful tone was that they were malmfulle – that silver had been added to the bronze when the church bells were cast. The more silver, the more beautiful and resonant the chime. The skilfully crafted moulds and bronze had already cost Eirik Hekne a fortune, far more than his twin daughters had ever earned with their weaves. In the madness of his grief he went to the melting pot and threw in all his silver cutlery, then shoved his big working hands deep into his pockets and threw two fistfuls of silver dalers into the boiling alloy, coins that stayed on the surface surprisingly long, before they melted and the bubbles rose”

“Rumours are the seeds of legends, light enough to spread on the wind, and quick to grow. By the time a truth has put down its roots, rumours will have blossomed and become their own truths, because even the wildest fantasy has been told by someone, and this – the fact of something being told by someone – gives it a veracity, even if what is told is more than a little unlikely”

I can’t recall a year when so many books have made it to my ‘favourites’ shelf, with the full 5 star recommendation.

I just couldn’t leave my experience with The Bell In The Lake, feeling anything other than awe and wonder. This was very much a story of personal journeys and unique reader experiences and one which had a tangible link with reality, in that Butangen is a place which exists and can be visited, and to which I duly made my ‘virtual’ pilgrimage.

The story was the complete package; an opening which drew me in all the way; a strong, well constructed storyline, which always knew where it was heading, albeit there were a few unexpected twists and turns along the way; leading to an ending which, whilst by no means satisfactory for those of us who like to see the happiness shared around, left me with a promise of hope, forgiveness and closure.

To place The Bell In The Lake into a pre-defined genre is so difficult – social history, cultural history, travel, myths & legends, romance? – all of those definitely, but none of them individually do justice to what can best be described as an epic work of literary fiction, of the highest calibre.

Lars created for me an eloquent and lyrical story where the writing was intense, full of heart and raw passion, skilled in the imagery of words, replete and rich in atmosphere, and exhilarating in its visually descriptive narrative and dialogue.

The medieval ‘stave’ (wooden) church, together with the ‘Sister Bells’, are the prime focus of this lavish story and Lars writes with sheer exuberance of a subject he is clearly passionate about. The history is clearly explained, the architecture described in minutiae and the necessity of preserving such items for future generations left in no doubt for the reader. However, at no point did the narrative become staid or boring, even for me, a non-woodworking, non-churchgoer and I came away amazed at how much I had learned, as I avidly turned the pages. I discovered the timelessness and heart of a country, the challenge and daring of its people and the spirit of their traditions.

This compelling and compassionately written book is not to be rushed, but one to escape into and be savoured slowly, as its multi-layered story unfolds. Set against a vividly, painted-in-words backdrop, highlighting a landscape which offers its inhabitants the harshest of lives, the most meagre of lifestyles, with hunger and deprivation barely concealed, Butangen is a nineteenth century Norwegian village lost in time, steeped in tradition, with its people still holding faith in the myths, folklore and legends of old, which have been passed down through the generations by word of mouth. What will happen when that way of life is challenged and outsiders are sent to live amongst the community, wolves in sheep’s clothing, who are set to destroy the very core fabric of their beliefs and traditions? With total authority and confidence, author Lars Mytting sets about changing the mindset of a church congregation by the power of his words, through the persuasion of the characters he has so painstakingly and vividly crafted. The dismantling of their medieval place of worship, the introduction of modern ecclesiastical practices, and the loss of the famous ‘Sister Bells’, cast to commemorate the death of the ancestral, co-joined Hekne twin girls, are events which will challenge and change forever, the very fabric of the village’s existence and the essence of its ever-growing population.

There was quite a large featured cast of characters in this sprawling saga, whose very nature and essence had been so effortlessly captured with such total authority and intuition, that many of them were difficult to relate to and would have taken a lifetime to understand. I became completely invested in them, to the point where I could imagine myself sharing a place at the Hekne family table, or sitting for so long in the freezing church, listening to Pastor Schweigaard’s lengthy sermon, that I lost the feeling in my extremities. Their taciturn and dogmatic nature belied their fragile hold on life, with their inherent stoicism and downright stubbornness getting them through the bad times, of which there were many!

Young Astrid Hekne’s forward thinking future, takes a whole new turn and becomes irrevocably entwined with the lives of both strangers to the village, architect Gerhard Schönauer and pastor Kai Schweigaard, with all three of them searching for a sense of belonging and acceptance in their individually nuanced ways. Their unusual romantic triangle, and indeed, their very future, is so intrinsically linked with the removal of the Stave Church and Sister Bells, with all its associated strange phenomenon, that the poignant relationship which develops between them, is touching, often volatile and will lead to them paying the ultimate sacrifice. Betrayal, in whatever guise, will always exact its price and retribution will be neither swift, nor painless.

I would also like to pay homage to the truly fantastic linguistical skills of translator Deborah Dawkin, who so beautifully and faultlessly adapted the book from its original Norwegian text.

The Bell In The Lake is reportedly the first in a rich historical trilogy that draws on legend to explore the clash between tradition and modernity. However for me, this first book worked great as a stand alone story and left me completely fulfilled at its ending!

A complimentary download of this book, for review, was kindly made available by NetGalley, as part of their ‘Read Now’, request free offering.

I personally do not agree with ‘rating’ a book, as the overall experience is all a matter of personal taste, which varies from reader to reader. However some review sites do demand a rating value, so when this review is posted to such a site, it will attract the well deserved full 5 stars and a place on my favourite shelf!