Check out the book – ‘THE DEVIL’S TOMBSTONE‘

The Catskill Mountains are rich in folklore, legends, and tales of the supernatural. Once guided by ghosts, Dan Stone doesn’t disbelieve what can’t be explained. And there’s no logical reason for the patch of blighted ground beside a boulder near Hemlock Lake. Known as the Devil’s Tombstone, the rock marks the spot where, two centuries earlier, a man murdered his young wife and then disappeared.

As Dan digs deeper into the past, he suspects his cold cases are linked to a fresh murder. When hard evidence eludes him, he appeals for help from beyond the grave. As he does, he wonders whether ghosts make their presence felt because we believe in them, or because they believe in us.

The answer may lie at the Devil’s Tombstone.

Check out those all important first lines here ..

Carolyn grew up in New York’s Catskill Mountains and graduated from the University of Arizona. She then logged two years in Arkansas, with Volunteers in Service to America and spent twenty five years as a television news researcher, writer, producer and assignment editor, in Arkansas, New Mexico, Oregon and Washington.

Carolyn is  the author of more than a dozen novels, including the ‘Subbing isn’t for Sissies’ series and this, the ‘Catskill Mountains Mysteries’ trilogy.

That’s the way it worked in small towns. Sometimes issues couldn’t be resolved and relationships eroded to single-syllable acknowledgements or mere nods that recognized existence. But mostly folks put arguments aside and went on because that was the example set by parents and grandparents. I doubted any of them would admit it, but I guessed they feared lonliness and isolation and craved companionship- in spite of its imperfections.

History was littered with examples of those who demanded or sanctioned slaughter in the name of what they thought was right.

Don’t question so much that you bring your life to a standstill. Question enough to make your life your own.

Read – MY THOUGHTS ABOUT THE BOOK

In the previous two episodes of this trilogy we found residents of the small town of Hemlock Lake, shaken but seemingly unstirred by a series of bloody murders, which threw suspicion on just about all of them. However, the arrival of itinerant preacher Wesley Falton and his family, has galvanised them into action like nothing which has gone before, bringing them together and uniting them as a community when Falton’s unorthodox, bible-thumping preaching, which had at first seemed such a good idea and an easy money making opportunity, threatens the spiritual leadership of  their traditional church.

Meanwhile, most of the townsfolk have finally taken Dan Stone and his new family under their protectve wing, as he returns to the fold, with him paying meticulous attention to the latent undercurrent of feeling and suspicion still emanating from some quarters and working dilligently to gain trust, standing and understanding amongst the dissenting few.

A maturing Dan, is surprisingly sensitive to this fragile acceptance and he and wife Camille are going out of their way to include the female residents of Hemlock Lake, in the immediate days following the birth of their new son, having correctly made the assessment that this is the best way to spread the word of their acceptance into the community, to the male population.

There is still some push-back and suspicion, when Dan is taken back into the fold of the local police department, on a part time basis, to try and clear up the relatively high amount of cold case files, in and around the Hemlock Lake area. Especially when he starts asking questions of witnesses who have already been interviewed and are convinced they have told Dan’s colleagues everything they know. Dan has a truly sensitive way of dealing with things however and discovers that he has a real knack of building up trust, by genuinely listening  and talking to people, rather than at them. The clues are there, however witnesses who haven’t been asked the right questions, discover that they knew more than they thought and had previously revealed to the bored, rather pedestrian investigating officers who dealt with the original enquiries.

Dan is busy trying to juggle so many balls at the same time, that once again, his own family comes perilously close to being placed in the front line of danger. Dan’s subsequent actions only serve to bring them closer together, especially when his love and devotion to his adopted older children, is finally recognised and trusted by them, then the circle becomes complete and much stronger.

This has been an excellent trilogy; just long enough to follow Dan Stone’s private life to a satisfactory conclusion, to highlight his work as a serving police officer and as an advisor to a small community; also to showcase beautifully the generic dynamics and personalities of an insular and inward looking society, where ‘belonging’ is everything!

Even with the story going almost exactly the way I thought it might, I thoroughly enjoyed the intricate journey and the social commentary and history, which went along with it.

Be warned, the ending may not be exactly what you might expect from a traditional murder/mystery, but take my word for it, it does work well!

As with any series, there is always something of an advantage if you read all episodes in sequential order, although ‘The Devil’s Tombstone’ works just fine as a stand alone story. Carolyn fleshes out just enough of the background information from previous episodes, without impinging too much on valuable reading time, for the regular reader.

Check out my review of ‘Hemlock Lake’, book one in the series ‘Catskill Mountains Mystery’

Check out my review of ‘Through A Yellow Wood’, book two in the series ‘Catskill Mountains Mystery’

A complimentary download of ‘The Devil’s Tombstone’ was provided by the author, although any thoughts or comments are my own personal opinion and I am in no way being monetarily compensated for this, or any other promotional article.

50% done with Epiphany, by Susan Slater: The possibilities are endless! I still have no ... 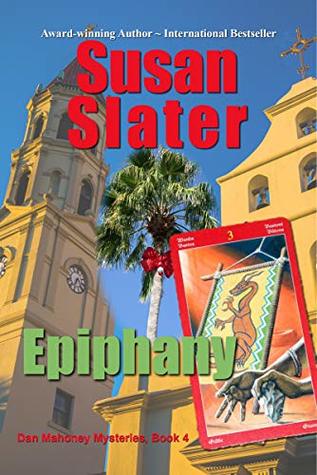 Yvonne (Fiction Books) added a status: 50% done with Epiphany: The possibilities are endless!I still have no idea who did what to who and when! Loving...

‘I loved this. A dark and chilling debut’ @RobertBryndza 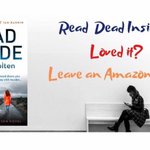