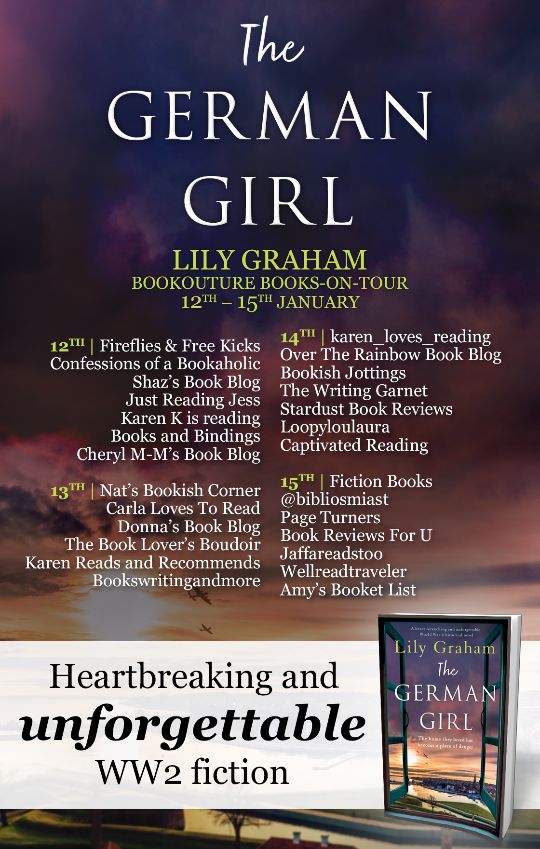 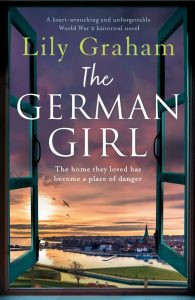 She was a journalist before turning to writing fiction full-time.

She now lives on the Suffolk coast with her husband and English bulldog, Fudge.

Her novels have been published worldwide and translated into multiple territories.

“The snow came early that year, settling around the forest like an old bear ready for its cave”

“What right did she have to his memories – to his painful past; it was his, wasn’t it? She wanted to know about it more than anything, but not if it was going to hurt him this much – never that”

“Since Asta could remember, Jurgen was usually found with a sketchbook in hand. He was forever drawing something he’d seen: scenes of daily life in Hamburg, from canals to people at cafes and restaurants or sitting on benches. He drew dogs roaming free, as well as Asta and their adventures. There was a playfulness to his scenes, a way of looking at the world and finding the humour, along with the shared humanity”

“They’d all learnt about the cost of prejudice, and how damaging it really was”

“They forget that another language doesn’t mean another species. It’s not easy to ignore someone’s humanity when it is staring you in the face”

“No one told you how exhausting it was to grieve. How all-consuming. How the only escape was sometimes sleep – when for just a moment you were you again”

“Above their heads was the flapping of wings, and a flight of swallows returned to their nest. Ingrid caught her breath as she remembered what he’d told her once about how a swallow will always find its way home if it can find its nest”

This is another of my 5 star “best reads” of 2020, so by the end of the year I definitely also owed a vote of thanks to the tissue company, who had dried my tears so many times!

I had no idea from the first couple of pages of this wonderful, powerfully written book, exactly where events were heading and the premise very cleverly, never gave too much away. The storyline kept me engrossed throughout, although I didn’t want to turn the pages too quickly, as I was trying to devour every single word so that I missed not a single moment of this heart-breaking saga. The ending, when it came, left some sense of fulfilment and closure, although I still had one or two unanswered questions and loose ends – but let’s face it – I just didn’t want the story to be over!

Author Lily Graham has carried out some meticulous research before setting pen to paper, and whilst I like to think that I have a generally good broad knowledge of WWII events, there were so many aspects of this particular German / Nordic conflict about which I knew nothing, that I had quite a few ‘information upload’ breaks along the way, which revealed facts that only added to the historical authenticity of the story. You especially need to check out the “Elsinore Sewing Club”.

Based on a true story; two timelines and three different countries, give this tragic, intensely realistic, historical and cultural story, true depth and meaning. With many of the horrendous events being seen through the eyes of and told by children, they have been afforded that extra poignancy and emotion you might expect, dealt with expertly by a consummate storyteller, skilled in the imagery of words, who fills the pages with heart-stopping tension, which is rich in atmosphere and replete with visually descriptive detail.

In late 1990s Sweden, we have Ingrid caring for her elderly and infirm grandfather, whose lucid moments are becoming fewer and further between. The ever deteriorating situation threatens to overwhelm them both and as they each become more distressed, Ingrid is totally unaware of the forces she is unleashing when she forces the old man to confront his past, a lifetime he has committed to drawings, about which he is still in self-denial and which he has kept hidden from his entire family for decades, shouldering the burden of blame and guilt, alone and grief stricken.

As Jurgen’s story closes, we play out the final scenes back where we began our journey, in Sweden, as Ingrid’s mother arrives to support them both, totally unprepared for the emotional rollercoaster which awaits her, as closure draws near for the man she has only ever known as father, allowing peace to finally claim his tortured mind.

In between is a profoundly touching, slowly unfolding story, which spans six decades and two more countries, as recalled through the rheumy eyes of an elderly man, who is frightened to unleash the maelstrom of feelings and secrets he has held close for so long and the lies he has told to keep his mind and spirit from completely breaking. The story of a desperate group of mis-matched people, with one common goal, to escape Nazi persecution in a Hamburg they no longer recognise or belong to, only to be followed to a welcoming Denmark by their persecutors, as that country too, is overwhelmed by the same invading army, forcing them to fight or flee to neighbouring Sweden, where neutrality should guarantee their eventual safety and refuge – but not everyone is a born survivor and destiny is an immutable foe.

Lily has sympathetically and lovingly described and crafted a cast of emotionally complex characters I immediately fell in love with and felt I could almost reach out to speak to and touch, so vividly drawn are they. I became fully invested in the synergy between them, their intense search for a sense of home and belonging, as their lives are torn apart by the ravages of war and a religion they are forced to deny and renounce, in fear of the ultimate retribution and sacrifice.

The contemporary family, whose lives are about to be torn from their very roots by Jurgen’s devastating revelations, only add to the sense of personal loss and destruction this entire story engenders. Yes! loss of life was inevitable and there may have been no guaranteed happy endings, but after a lifetime of heartache and sorrow, remorse and regret, a broken Jurgen never felt able to take that one leap of faith, which might have kept the memories of his own birth family alive for the future generations, and not caused their ultimate sacrifices to have all been in vain.

This book took me on a unique and personal journey it was difficult to make, one I knew probably wouldn’t end well for everyone, yet one I needed to see through until its end.

An amazing tribute to the strength of human endeavour and survival!

Written by Yvonne
14 comments
Prove It: Murder In The Mix
by Hannah Kurz
Review
FacebookTwitter
The Patriot
by Nick Thacker
Books On Tour
Review