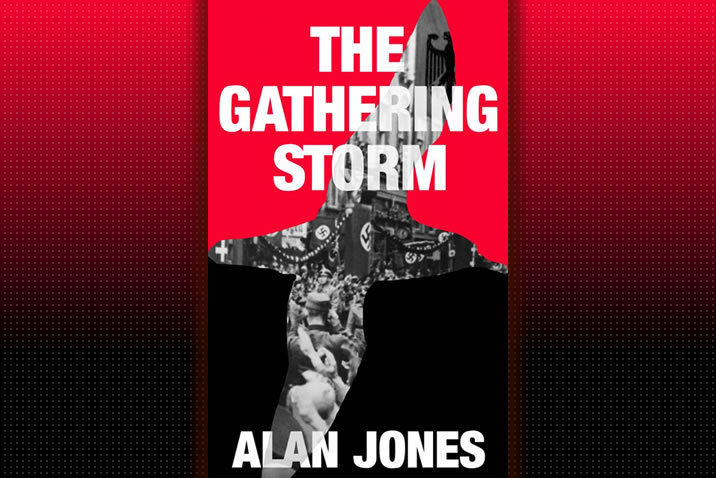 THE GATHERING STORM – (The Sturmtaucher Trilogy #1) 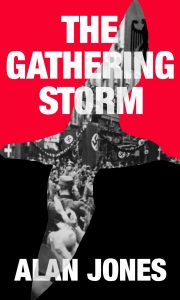 Book 1 in the Sturmtaucher Trilogy: a powerful and compelling story of two families torn apart by evil.

Kiel, Northern Germany, 1933. A naval city, the base for the German Baltic fleet, and the centre for German sailing, the venue for the upcoming Olympic regatta in 1936.

The Kästners, a prominent Military family, are part of the fabric of the city, and its social, naval and yachting circles. The Nussbaums are the second generation of their family to be in service with the Kästners as domestic staff, but the two households have a closer bond than most.

As Adolf Hitler and his National Socialist Party claw their way to power in 1933, life has never looked better for families like the Kästners. There is only one problem.

The Sturmtaucher Trilogy documents the devastating effect on both families of the Nazis’ hateful ideology and the insidious erosion of the rights of Germany’s Jews.

When Germany descends ever deeper into dictatorship, General Erich Kästner tries desperately to protect his employees, and to spirit them to safety.

As the country tears itself apart, the darkness which envelops a nation threatens not only to destroy two families, but to plunge an entire continent into war. 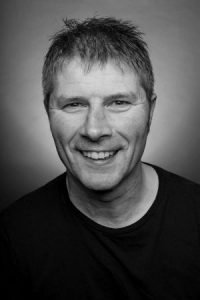 Alan was born in Glasgow 1960 and lived there for the first 22 years of his life. He is now retired after nearly forty years as a country vet, and lives on the Ayrshire coast, where he is a volunteer Coxswain on his local RNLI lifeboat. He is married with four grown up children and four beautiful grandchildren, and in his spare time he reads, cooks, sails, makes furniture, plays football and watch films, when he’s not writing, of course!

He started writing in 2003, but it took a few false starts over the next ten years before he completed his first novel, The Cabinetmaker, which was self-published.

Alan’s second book, Blue Wicked, took a year to write; with book #3 Bloq, being published in April 2016. Each book became more pithy and gritty than its predecessor and are definitely not reads for the faint-hearted.

After five years researching and writing, and a complete change of genre, the Sturmtaucher Trilogy, a holocaust story, is being released autumn 2021, with the first book, The Gathering Storm being published on August 19th.

Alan Jones is his pen name.

Check in with Alan at: Alan Jones Books

‘It’s hard to know where to begin, but I guess the day I met Adolf Hitler is as good a place as any.’

“Weighing the sacrifices of the last war, we want to be true friends of a peace which will at last heal the wounds from which all have suffered”

The party was in full swing. Miriam Nussbaum, the Kastner’s cook and housekeeper, and her husband Yosef, the butler, driver, and handyman, shuttled back and forward from the kitchen with heaped plates of food; Matjes, the pickled herrings famed in Kiel, brown shrimp on toast with dill, and Leberknodel, the small liver dumplings that Miriam made better than anyone else Maria, the General’s wife, knew. A buzz of conversation filled the large drawing room and the sound of children’s laughter drifted from the open doorway.

“Yosef watched her struggle. As Jews, they’d been taught from a young age to turn the other cheek and not to respond to people like Frau Bohm and Frau Hoffmann”

“He watched her undress. It still never failed to take his breath away, after all these years. In the quietness of the bedroom, the veneer of respectability dropped from her shoulders with her dress, and she became the simple girl he’d fallen in love with as a junior officer”

“Yes, I don’t like the mood of the country. I’ve lived here all my life but if Adolf Hitler wins the election, I fear for every Jew in Germany”

“We all make mistakes, You’re a bigger person if you can admit to them”

“Someone needs to be a witness to all of this and, one day perhaps, write it all down. Our children, and our children’s children need to know what’s taking place  in Germany in 1933”

“She had that wretched look in her eyes again, that spoke to me as much as her words”

“There had been a long history of men terrorising and subjugating whole nations in the name of Christianity; whole continents even, so why should this be any different”

First off! Can I only reiterate what so many other readers have already said – Please, please, please, don’t be put off by the number of pages in this book!

I am definitely one of the world’s worst for reading ‘chunkster’ books, but this one is worth it, 100% guaranteed. Although you do need to ‘clear the decks’ and make plenty of time to read it at a leisurely pace, in order to fully appreciate the amazing range and depth of the storyline, narrative and writing style.

Every once in a while, you come across a book which is truly exceptional and any review I can possibly write, even one which honestly comes from the heart, can’t possibly hope to even scratch the surface in doing true justice to The Gathering Storm, which is undoubtedly a real tour de force.

Being of a certain age demographic, this pre WWII period in Hitler’s Germany, was a staple part of my World History curriculum at school, where the events and data were learned rote and almost devoid of any real context, so long as you could remember them for exam time. Oh! how I wish this book had been available as part of the required reading schedule, as the entire period would have been brought to life so wonderfully and cohesively, that I might have gone on to further studies. I had forgotten just how relatively slowly and deliberately each individual decree was issued, which each time further eroded the rights of anyone not deemed fit to continue living as part of this superior Aryan race. Seven long and torturous years seemed an age when condensed into a mere 800 pages, but it must have seemed like a lifetime to all those living daily on the marginalised edges of an ever increasingly single minded society, never knowing where the axe would fall next.

This fantastic blend of fact and fiction is almost perfectly seamless, so that it is difficult to tell where one stops and the other begins, as history is inspirationally brought to life within its pages. The meticulous research and attention to detail is phenomenal and must have taken so many painstaking hours to complete and compile into a chronologically correct timeline of events, which is then knitted into the very fabric of a family saga of monumental proportions. It brings together a dark, troubling and shameful period of our modern history and gives it life, as seen through the eyes of the extremists, the moderates and the persecuted, who will all have their own personal perspectives about the unfolding atrocities and tides of change, inexorably heaped upon a nation by a cold, methodically calculating, dictator. Whilst the story throws the spotlight not only on the almost complete and total annihilation of all minority races within Germany, it also shows how events not only divided a country, but how they also had the potential to fracture and damage friendships and even tear family relationships apart, as individuals are forced to choose their sides in this terrible internal conflict, which spreads like a poison and holds almost everyone within its grip, as the country hurtles headlong towards war with the rest of Europe.

This tragic, multi-faceted storyline is a beautifully structured, powerfully presented, piece of cultural, social and historic writing, which is highly textured, desperately intense, rich in atmosphere and ever evolving. The chapters are kept short and every word is made to count. The narrative is focussed yet highly detailed, sharp and punchy. The dialogue is expressive and packed full of raw emotion. Perceptive and compelling this immersive, almost claustrophobic story is definitely very three dimensional, as it is plot and character driven in equal measure, whilst attaining the added awareness of a genuine sense of time and place. The story is almost exclusively told in ‘real time’ 1930s, however there are a handful of ‘fast forward’ moments to 2001, when snippets of conversations with the character of Ruth Nussbaum, now living in England, are interspersed, as her own reminiscences of the times are also deftly woven into the narrative of the story. I would urge you to check out the real-life Ruth Nussbaum, whose own life in some ways mirrored that of her fictional counterpart, she was definitely an inspirational individual.

Alan has created a cast of characters who have been allowed a loud voice to drive and completely own this storyline, with just the lightest of occasional guiding touches. They were all so well defined and developed, that although often complex, vulnerable and emotionally raw; they were always authentic, genuinely believable, and easy to relate to and invest in.

Author, Alan Jones, ‘cut his writing teeth’ on some very gritty and disturbing stand alone thrillers and whilst part of me is willing him not to give up on that genre completely, I can see how invested he has become in this full bodied saga storyline, which must have taken him over heart and soul during the writing … Either way, he is always going to be on my ‘go to’ author list.

What makes reading such a wonderful experience for me, are the books which can take me on a unique and individual journey. So I recommend that you read The gathering Storm for yourself and see where it leads you. You won’t be disappointed!!

A complimentary kindle download of this book, for review purposes, was kindly made available by the author.