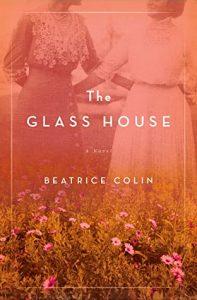 Scotland, 1912. Antonia McCulloch’s life hasn’t gone the way she planned. She and her husband, Malcolm, have drifted apart; her burgeoning art career came to nothing; and when she looks in the mirror, she sees disappointment. But at least she will always have Balmarra, her family’s grand Scottish estate, and its exquisite glass house, filled with exotic plants that can take her far away.

When her estranged brother’s wife, Cicely Pick, arrives unannounced, with her young daughter and enough trunks to last the summer, Antonia is instantly suspicious. What besides an inheritance dispute could have brought her glamorous sister-in-law all the way from India? Still, Cicely introduces excitement and intrigue into Antonia’s life, and, as they get to know one another, Antonia realizes that Cicely has her own burdens to bear. Slowly, a fragile friendship grows between them.

But when the secrets each are keeping become too explosive to conceal, the truth threatens their uneasy balance and the course of their entire lives. 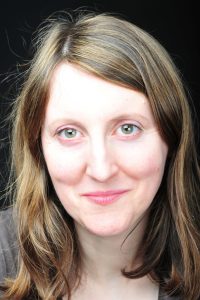 An instinctive storyteller who worked across the genres of fiction, radio and film, Beatrice was also an inspirational and perceptive teacher. Her work was often set in a historical context – the glamorous early days of cinema in Weimar Germany, the building of the Eiffel Tower, the New York of jazz and prohibition. It was highly researched, beautifully plotted, hugely absorbing and richly written.

Beatrice enjoyed walking, playing the piano, reading, cinema and history. She loved Europe, travel – spending memorable holidays in St Petersburg , Berlin, Tuscany and Sicily. She was passionate about food and wine, grew fruit and vegetables, was a creative cook and a generous host who loved parties.

Beatrice was diagnosed with ovarian cancer in 2016 and lived fully and fearlessly for two and a half years with the disease, finally losing her brave battle in February 2019

The Glass House was her last novel and received its final edit just before her death.

Beatrice is survived by her partner and children.

“My work is a means of discovery – about the world, about history, about myself”

(from the prologue and chapter one)

“At the taxi rank on Gordon Street there was a small queue: three old ladies who fussed over a cat in a basket, a man with a wooden cane that he tapped on the curb to some music he alone could hear, and a woman and a young girl with a trolley stacked high with bags and suitcases”

“The light was soft, diffuse, as if the sun itself had been wrapped in a white mourning veil. While fields of wheat whispered consolation to themselves, the hedgerows were filled with the bright shout of buttercups and champion, bluebells and cow parsley. Even in the shade the air was warm. It would be a good year for honey.”

“She had been warned at her convent school of the peril of toying with the male sex. Flirting was a sin, she was taught by the nuns, dangerous and pernicious, while coyness was indicative of an unstable mind”

“Antonia had taken down all her journals and sketchbooks from the top shelf and was looking through them one by one. Illuminated by the morning son that streamed through the library window there were pages and pages of watercolours, drawings in ink and pencil, of the hills, of flowers, of trees, of heathers and hedgerows, years and years of work. What might she have become if she had gone to art school and been tutored? Her father had conspired to keep her close, to instil such a lack of confidence in her that she had never left him. And despite the fact that she had loved him, she suddenly saw him for what he was: a vain and selfish man. What was the point of all his wealth, his land, his gardens, his good fortune, if he could not use them to nurture others?”

“She had not known then – it had simply never occurred to her – that not everyone had servants or an estate. The rude awakening came when she was a little older and was taken by her father to pay their respects to the families who had lost members in a refinery fire – there were always fires. She remembered the scratch of her Sunday clothes against her skin at the church service that seemed to last for hours, and then the walk along narrow dark streets, delivering toys to bereaved children, followed by the slow realization that whole families lived in houses smaller than a single stable and that some of the children were not wearing shoes even though it was cold enough for boots. It was then that she saw that her papa had two faces, one for family and one for the rest of the world. Over the next few years it came in small parcels of insight, each one more dreadful than the last:”

“Seeing the world is the greatest thing a man can do”

Oh My! This is one of those stories which took me on a completely unique, totally immersive and enthralling individual journey, at a slow and luxurious pace. I escaped my everyday life and became completely invested in both the characters and storyline, to the point where I didn’t want to have turn that final page and for my travels to be over.

Just pre First World War, The Glass House transported me north of the UK border, to the Dunoon area of Scotland, where the vividly descriptive, richly atmospheric writing about the region and countryside, was lavish,  replete with detail, completely evocative of the era and drew me straight into the period, with a real sense of time and place.

This was partially a work of cultural fiction, covering topics which in today’s climate of racial equality, made for some cringeworthy reading moments, which were however, pertinent to the storyline, totally relevant for inclusion and did not form too large a part of the overall content. Despite my discomfort, I am still firmly of the belief that you cannot change history and neither should we. We should amend information where necessary, documenting and recording events truthfully and accurately. Going forward we should then work to change our mindset and views, so that the history books of the future will record our new advanced and informed thinking.

But first! Step back in time to the days of inherited estate, wealth and title, when a woman’s job was the household management of staff and finances, together with caring for the family. Whilst the men, either conducted their daily business, or set about pursuing their follies and hobbies, without discussion or argument from the females of the family. Vividly remembered and brought to life through some excellent social commentary, the recently deceased, Edward Pike personifies a patriarch of this rigid societal and etiquette driven structure. A family fortune won and lost in the sugar refining business, the secret disgrace and indiscretion of an ancestral family member hidden for all time, a passion for collecting specimen plants and seeds from far-flung corners of the world at huge expense both personally and financially. This is the domineering, selfish and vain man who Antonia and George knew as their father, although it isn’t until much later that they discover just how racist and duplicitous he really was.

And that is just the tip of the iceberg, but it sets the scene accurately and without any real spoilers, to a story which challenges the societal mores of the time, reveals long buried potentially explosive secrets, nurtures forbidden friendships, uncovers illicit affairs, discovers latent talents, proves that the truth and forgiveness can set you free, and ultimately shows that loyalty and true love can happen at the most unexpected of times and change lives forever!

Because of, rather than in spite of, the air of mystery and secrecy which surrounds the individual members of this disjointed and dysfunctional family, and their immediate contacts and representatives, the characters were needless to say, very emotionally complex and almost remote, from the very first turn of the page. Whilst being extremely well defined and developed for the reader as individuals, they were all rather insular and self sufficient, not prone to interacting with either each other or outsiders, almost to the point where they had become excluded from the society of which they were part. Despite being intelligent and resourceful individuals, I rather felt that they had been stifled, not only by the spectre of Edward Pike, but almost by the house itself. There was so much British ‘stiff upper lip’, that even the presence of a young child around the place couldn’t shake off the lethargy of the family dynamics.

However, it seemed that when Edward’s ghost was no longer hanging over them, there was a transformation of enormous proportions and new life was suddenly breathed into bodies which had been suspended in time and place. There were multi-stranded, totally diverse and very unexpected outcomes for the individual members of the family, and many of their future plans and dreams were left to me to imagine and surmise. Were there happy ever afters? – I suspect there might well have been and really do hope there were, as this was a family who needed to learn how to live, love, laugh and fulfil their true potential.

The Glass House has a multi-layered, textured storyline, with plenty of natural peaks and troughs in its pace, which I felt had the potential to go much further than it did and didn’t quite reach the pinnacle of my expectations, but perhaps that was just my yearning for the book to go on for much longer. Parts of the story were intense, although unless you had got under the skin of the characters, this might not have been immediately obvious from their words and actions. Scratch beneath the surface though and there was a real depth and range of emotion and feeling, seamlessly delivered and masterfully managed, by an author consummate in the art of storytelling and completely at ease with the authority she commanded, which is why this one still more than earned its 4 stars from me.

A Kindle copy of this book for review, was kindly gifted to me by publisher Flatiron Books, via NetGalley, as a ‘Read Now’ download.