The Hideaway
by Norma Curtis
Review 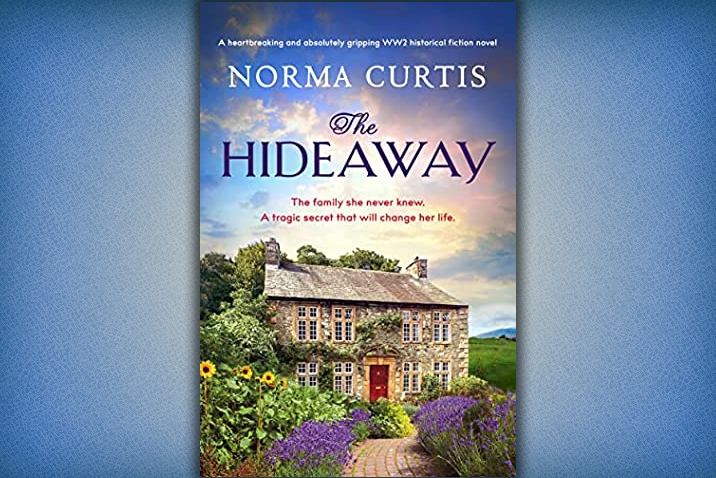 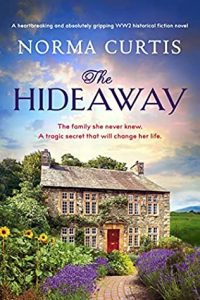 Thea looked at the small suitcase on the kitchen table. The tan leather was scuffed, with the soft gleam of age. She ran her hands over the smooth, cool lid. The thunk of the lock sounded very loud in the stillness of the cottage and she froze, her eyes on her grandmother’s bedroom door. Hearing nothing, she took a big breath and peered inside…

Hedi Fischer, aged ninety, smooths her hair and applies a touch of red lipstick from the tube. Over her pristine wool skirt suit she has knotted a men’s tartan bathrobe, wrinkled and frayed with age. Hedi hasn’t taken it off since Harry passed. Since the day she gave away everything but her battered leather suitcase and decided that she too was ready to die.

Thea has never met her grandmother Hedi, so she’s surprised when she receives a call from social services to take the frail old woman home. She’s not sure how Hedi will fit into her new life – the one where she’s left her boyfriend and moved into a run-down cottage miles from the nearest town. And Hedi refuses to talk about her past, or why she and Thea’s mother haven’t spoken for more than thirty years. So when Thea spots Hedi’s old suitcase on the table, she can’t resist taking a peak inside.

What Thea finds there is more heart-breaking than she could have ever imagined. It is a story that begins in World War Two, when young Hedi arrives by train at a Nazi concentration camp, from which she has no hope of escaping alive… 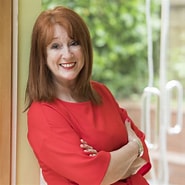 Norma dropped out of art school to work nights in a factory and write by day. After having her son, her first novel was published and won the Romantic Novelist Association’s New Writers’ Award and was chosen for the WHSmith Fresh Talent promotion.

Three novels later, she became chairman of the Romantic Novelists’ Association and turned to writing short stories. She took an MA in prose fiction and self-published a children’s novel, and more recently had two books published under a pen name.

She lives in North London with her husband and exists in a happy dual world of fiction and reality.

“Warmth, humour and optimism, and how characters show those qualities, and sometimes lose them, is a recurring theme in my stories. Love is a good subject to spend time thinking about, and loss is the opposite, fulfilment versus emptiness. We don’t seem to be able to have one without the other, in fiction or in life, which is a bit of a design flaw in my opinion. But the human spirit is a wonderful thing, and courage is more moving than tears. Luckily for us, there’s a lot of it around, and when I start to wonder what life’s all about, love is usually the answer”

“Ninety-three-year-old Hedi was sitting in the parlour in a strip of late afternoon sunlight, gripping her husband Harry’s hand, keeping tight hold of him to save him slipping away. The sunshine was lighting up the tapestry sofa, the pale blue carpet, her halo of white hair and Harry’s hand, tanned and speckled and veined, as it lay in hers”

“Truth could be a burden. Was it better to be seen through the prism of pity, or misunderstood for hiding the truth?”

“Hedi was a good example of survival – and what Thea had learned from Hedi’s story was that, sometimes, in the worst times, survival was nothing more than a matter of trudging through the darkness until the sun rose again”

“It was the nature of stories, she supposed, that they became a part of your own experience in the listening of them”

“Her long-hidden memories had been stored away all this time like linen in a trunk, their colours vivid and untouched by age. Or were they spoiled and moth-eaten, smelling of neglect? Hard to know”

“It’s a shame because it’s a beautiful place. Peaceful. A house doesn’t like to be empty. It loses faith in itself”

“The family she never knew. A tragic secret that will change her life”

Occasionally, it is good to slow the pace right down, be prepared to suspend belief a little unless you are a great believer of coincidences or sixth sense, grab a handful of tissues, curl up with a hot chocolate and some comfort snacks, and just go with the flow!

So, here’s a short taster of what to expect from your journey…

Thea works as a school secretary in London, who believes herself to be in love with art teacher Adam, although when he mentions settling down with her and includes marriage and children in the equation, Thea inexplicably panics, tells him it’s all over, and takes flight for the summer.

She has no one she can confide in about her mixed feelings and muddled emotions, as there was only ever her and Maggie, her rather self-centred, bohemian mother, who now lives in New York with her latest partner.

Heading for the coast of somewhere – anywhere, she pitches up in Bear Cave, North Wales, where she spots ‘The Hideaway’ for rent. It is a small, remote and rather dilapidated cottage, complete with outside privy, no wi-fi or mobile phone signal, and its own jetty on the riverbank, but Thea is in love with it.

Out of the blue she gets a phone call from Maggie telling her that her grandfather Harry has died, and she wants Thea to return to London to represent her at the funeral. Given that she had always been led to believe that both her grandparents had been deceased for years, Thea is even more amazed to discover she also has a grandmother, Hedi, a nonagenarian who wants nothing more than to follow the love of her life into the next world.

Social Services threaten to take Hedi into care because of her strange behaviour, so on the spur of the moment Thea offers Hedi a place to stay for the summer at ‘The Hideaway’, which she accepts. Hedi and Thea immediately begin to forge a strong familial bond, although both are tested when Thea is caught in the act of prying into her grandmother’s personal belongings and Hedi’s acerbic tongue and nasty temper come to the fore.

An unusually contrite Hedi accepts Thea’s abject remorse and apology, deciding it is time to reveal the secrets her battered brown suitcase holds, which so shaped her life and are the root cause of her falling out with Maggie, resulting in Maggie leaving the family home, taking Thea with her when she was only a toddler.

In a series of all-night sessions, sat in deckchairs down on the jetty, with copious amounts of red wine being consumed, Hedi and Harry’s story slowly and painfully unfolds. Tears are shed as memories are laid bare, recriminations are aired, and a lifetime of guilt and shame is put to rest. Thea gets to understand that there is more to her own mother than she could ever have guessed and quickly realises that Maggie and Hedi are two of a kind, both stubborn and intransigent, which is why they never saw eye to eye on things.

Hedi has far more surprises up her sleeve, including a revelation about Harry and their early life together, which stuns Thea, who had only ended up at Bear Cave by accident – or so she imagines!

An unexpected visitor arrives unannounced, and more tears are shed, this time of joy.

Will there be happy endings? You’ll just have to wait and see… but keep those tissues handy is my advice!

This wonderful dual timeline story, narrated by three of the characters, was told in short, well signposted chapters, which kept things moving along at a steady pace and had me turning the pages ever faster, needing to know what happened next.

Rich in atmosphere, multi-layered, highly textured, poignant and evocative, there is a compelling and compassionate honesty and integrity in this immersive storyline. The way in which Norma presents some of the socially unacceptable consequences of war and the unseen trauma they can heap on the human psyche, is perceptive, sensitive and well considered, without ever becoming preachy or prescriptive.

The destructive power of keeping secrets and not having any dialogue, is also examined, with the long-term effects this has on three generations of strong-minded, stubborn and resilient women. The liberating freedom they experience when barriers are broken down and the truth is out there, is a completely game-changing experience and instantly draws them closer together as a family, albeit briefly… All that time wasted!

Whilst, so far as I can establish, Bear Cave village is a fictional location, it didn’t take too much detective work to establish roughly whereabouts I was, as soon as Hedi arrived and knew so much about other nearby popular areas, which having been to them several times myself, I also know quite well. The descriptive narrative drew me in and painted the scene beautifully, so my ‘armchair journey’ to North Wales was indeed most satisfactory.

The cast of characters was quite large; however, author Norma Curtis took plenty of time to describe and draw them authentically and in great detail. They were an evolving, complex jigsaw of human emotions, often unreliable, vulnerable and volatile; yet always raw, passionate, genuine and believable to the roles in which they had been cast, which made them totally addictive.

My first book by this new to me author, but will it be my last? I don’t think so, as a couple of her previous novels have already magically appeared on my ‘wish list’!

What typically makes reading such a wonderful experience for me, is that with each and every book, I am taken on a unique and individual journey, by some amazing authors who fire my imagination, stimulate my senses and stir my emotions.

Thanks for some lovely memories to treasure, Norma.

A complimentary kindle download of this book for review, was made available by publisher Bookouture and supplied by NetGalley.

Any thoughts or comments are my own personal opinion, and I am in no way being monetarily compensated for this, or any other article which promotes this book or its author.

I personally do not agree with ‘rating’ a book, as the overall experience is all a matter of personal taste, which varies from reader to reader. However, some review sites do demand a rating value, so when this review is posted to such a site, it will attract a well-deserved 5 out of 5 stars!

Thank you for taking the time to read my review, I appreciate your support.