This was another of those hard to come by ‘Read Now’ copies, which become available on Netgalley from time to time, so I would like to thank both them and Rosie, representing Headline Publishing, for the opportunity to read this excellent book!

‘THE LIES YOU TOLD‘

Has she left her child in the care of a killer?

Sadie has moved back to London so her daughter can attend the exclusive school her domineering father has secured her a place at. It’s highly sought-after and highly competitive – just like the other mothers, Sadie soon discovers.

While she’s trying to get her daughter settled and navigate the fraught politics of the school gate, Sadie is also trying to reclaim a position in her old legal chambers – she used to practice as a criminal barrister. She’s given the junior brief on a scandalous case involving a male teacher and his student. It’s an opportunity to prove herself, but will she let a dangerous flirtation cloud her professional judgement?

And will her sudden close friendship with another mother prevent her from seeing the truth – and the threat that she’s inviting into her home? 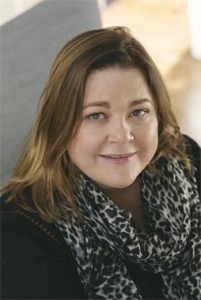 Harriet Tyce was born and grew up in Edinburgh.

She studied for a degree in English Literature at Oxford University, before taking a law conversion course at City University, following which she was a criminal barrister for nearly ten years.

Having escaped law and early motherhood, Harriet started writing, and completed the MA in Creative Writing – Crime Fiction at the University of East Anglia.

She lives in north London with her family and two rather demanding pets, a cat and a dog.

“It’s the first time I’ve ever slept in my mother’s room. That I can remember, anyway.”

“Thoughts creep in of time earlier than that, a darker night some months before, the old barrister who thought that young female pupils were his for the taking, his for the groping. I had to struggle hard, kick him harder still before I was able to break free. I stop at the place where it happened, to the left of the stairs, wiping my hands down my skirt. Nearly two decades ago but still fresh in my mind.”

“Nothing should be unforgivable,” he says. We should always strive to see both sides of the story.”

“All this stuff we tell them, by your best, not be the best. I’m not sure that Julia has got that memo yet.”

“I go upstairs into Robin’s room, lying down on the small bed. I want proximity to the daughter I love, not the mother who hated me. But until my daughter is home, I will never have the proximity I want.”

“I clutch my hands together as the reading begins: ‘Jesus, suffer the little children…’ It’s the wrong way round. The little children suffer. How they suffer. Forced to sing and dance on command, live out their parents’ hopes, dreams. Fix all their failures.”

“Keep your friends close, but your enemies closer”

Oh! my word! What can I say? I have only just released that final breath I have been holding since reading the last couple of pages of this amazing story – and I still can’t take in and believe what has actually happened!

Whilst I may not always get every detail of a story correct, I like to think I am generally a good judge of characters, in deducing which are the innocent and guilty parties. That all went out of the window with this mind bender of a plot, which took normal, sane rationale and turned it on its head! What a gruesomely vivid imagination and eye for detail, author Harriet Tyce has been gifted with!

This one got off to an intriguing opening chapter or two, which set the scene really well. So far, so good. From now onwards though, I never really knew up from down, in from out, nor just about anything else in between!

The slow-burner storyline, which had been fluidly crafted into one which was equally plot and character driven, was broken down into reasonably short chapters, which was just as well, as there was so much ground covered, with so many new twists thrown into the mix, that to have either rushed it further, or slowed down the pace any more, would have broken the spell completely. The courtroom scenes in particular, were very well defined and executed, by an author who was writing with total authority and confidence, in an arena she is completely familiar with.

The ending was something else entirely. From being led, by suggestion only, into believing one thing (Oh! how easily we are deceived), only to have that version of events disintegrate into a ‘What!’ moment; to the final two pages of the epilogue, when virtually everything which had gone before was thrown into disarray by one short, silent ‘confession’, which had me wondering what on earth was going to happen next, when I had closed that final page and the characters were left to their own devices once again!

This is a story told purely from the perspective of Sadie, except for that final, jaw dropping epilogue, and you can see quite clearly how this intense, multi-layered, multi-aspect storyline, plays with her mind, as she desperately tries to maintain some kind of firm hold on reality, whilst attempting to unravel the many complex strands of the new and very extreme normality her life seems to have disintegrated into, almost overnight. The air is menacing, permanently crackling with tension, most of the time you could cut the atmosphere with a knife and the very anticipation of what might happen next, grips your stomach and ties it up in knots.

The writing is expertly executed with skill and style, has a desperate intensity, is visually very descriptive, and at times emotionally draining. The plot is suspenseful and brooding, almost to the point of being  ‘dark’, as we discover the lengths to which some parents, particularly mothers, will go, to ensure their children succeed, regardless of the eventual cost to their physical and emotional well-being, or that of anyone else who stands in their way. There are so many small sub-storylines which threaten to turn the tide of events and are in their own rights relevant and well developed, as a series of cameos, highlighting some of the most shocking of human traits and the brutal and thoughtless ways in which we so often treat one another. They are however, by and large, all red herrings and false twists in the tale, expertly designed to make you take your eye off the ball about what is really going on here.

There is quite a cast of totally twisted, unforgettable characters, forever branded in the memory banks, who you definitely wouldn’t ever want to meet again, and who you would probably go out of your way to avoid at all costs, given their reprehensible behaviour. That they all have complex and disturbed personalities, with emotional baggage to spare, is only the tip of the iceberg. To say that almost all of them are duplicitous, scheming, self-centred and yes! – downright bullies, would be much closer to the truth. Harriet has built the characters in such a three dimensional way that I could clearly picture them all and almost hear them talking, both to me and about me behind my back, when they thought I couldn’t hear them! In fact these are people I probably wouldn’t have turned by back on in the first place, lest they got their daggers out!

I guess you can tell how totally immersed and invested I became in this absorbing and disturbing story. This is one of the most twisted thrillers I have read in some time and I highly recommend it.

A Kindle download of this book for review purposes, was kindly gifted to me by Headline Publishing via NetGalley 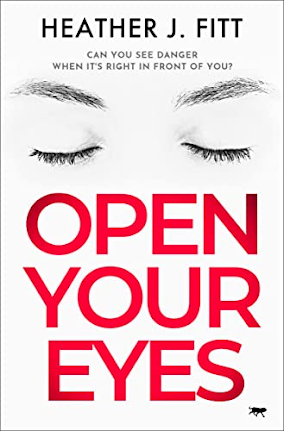