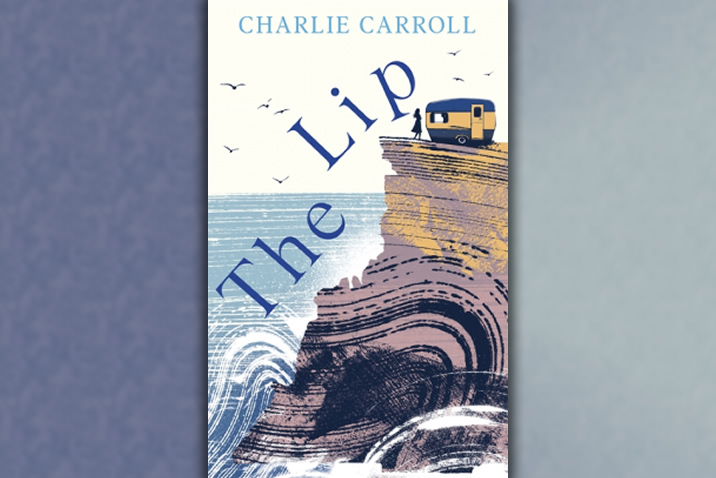 The opportunity to read this debut novel, was one of those ‘right time, right place’ Netgalley moments, when publisher Two Roads Books released some ‘Read Now’ copies, so my thanks to all concerned. 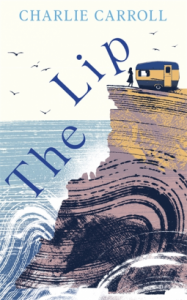 Away from the hotels and holiday lets, there is an unseen side of Cornwall, where the shifting uncertainties of the future breed resentment and mistrust.

She lives alone in a caravan in Bones Break: a small cliff-top on Cornwall’s north coast.

She spends her time roaming her territory, spying on passing tourists and ramblers, and remembering. She sees everything and yet remains unseen.

However, when a stranger enters her life, she is forced to confront not only him but the terrible tragedies of her past.

The Lip is a novel about childhood, isolation and mental health, told in the unique and unforgettable voice of Melody Janie. 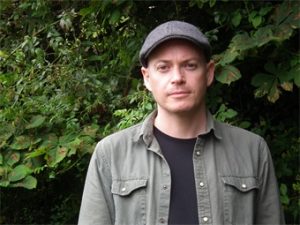 He has twice won the K Blundell Trust Award for ‘writers under 40 who aim to raise social awareness with their writing’.

He wrote the voice-over for the TV series Transamazonica (2017), and is one of the Kindness of Strangers storytellers.

The Lip is his debut novel.

He lives in Cornwall.

“If the cold made an impression on her, she did not show it. Nor the prospect of the drop. The tide was at its lowest. No water awaited her down there, only black sand”

“Naming something gives it form and existence, makes it memorable”

“To have a nickname you need to be either very popular or very unpopular, and I was neither. I seemed to pass through school largely unnoticed”

“Mum was no help, had not been since the day Dad died. It was like she was made of sand and a wave had washed over her”

“A good night to be beside water that is still rather than rough, with reflections that are glassy and unbroken, where the moon will swell up from the black water like a submerged torch”

“Just because you can’t feel or see someone, it doesn’t mean you should stop thinking about them”

“Fear can drive you to terrible places”

Warning! Tissues will be required before you get to the end of this one!

That wistful cover art was the first thing which caught my eye, followed by the unique premise which held so much promise, written by a new to me author with such an intriguing biography – who could resist!

An exquisitely balanced, slow-burning, often lugubrious storyline, unfolded from the very first page and held me enthralled and trapped in its web of fragility until the very last word, when I emerged battered, bruised and almost broken, by Melody’s sad journey and final earth-shattering revelation, which in all honesty I never saw coming, even though I might have been one of the few who didn’t!

As this story featured few characters and covered such a small physical footprint, some fluently written, well structured, short chapters, which appeared almost seamless, kept everything focussed, very fluid and more importantly gave me those much needed short breathing spaces before continuing on my journey, without ever becoming disjointed or ‘clunky’. To expand further on the already cohesive premise, would be divulging far too many spoilers, so you really need to watch this immersive storyline unfold and play-out for yourself.

Multi layered, powerfully original in its concept, with an almost lyrical simplicity, yet hauntingly raw passion in its writing, The Lip offers a perceptive, poignant and beautifully nuanced journey, which explores the constantly changing frailty of the human mind; the destructive consequences of loneliness and isolation; the promise, power and redemptive qualities of family and friendship; tempered by the faint glimmer of recovery and hope for the future. This is a story about people clinging onto the edge with their fingertips, while all around them their world falls away.

A small cast of multi-faceted, wonderfully well drawn and defined characters, completely owned this storyline, with every word spoken and every action taken, being executed with careful consideration, an almost brutal yet naive honesty, and clear often compassionless thought for the consequences. Not easy to connect with or relate to, all searching for their own individual sense of belonging, totally unreliable, volatile and often manipulative, there is nonetheless a vulnerability and genuine authenticity about them, which makes them addictive and beguiling.

Narrated exclusively in the first person, by Melody Janie herself, who is often given to extremes of emotion and paranoia, her strength of passion and determination belie her perceived fragility of thought and reasoning. Protecting ‘her’ little corner of Cornwall from the Emmets (I have always used the word Grockle to mean the same thing), whilst waiting for her mother to return home, has been her all-consuming mission. The arrival of a stranger causes Melody extreme angst and distress, especially when she hears some disturbing information about the unwanted new guest to the area. Their forced relationship forms a pivotal part of the storyline and as their individual experiences are shared, they are each driven to the edge of both their physical and mental capacity to cope. They are destined to hurt one another, almost to the brink of destruction, before truth and honesty pull them back from the precipice and sow the seeds of new beginnings.

So powerful and intuitively skilled in the imagery of words and the depth, range and dimension they can add to a story, author Charlie Carroll has made the landscape of this small area of ‘off the beaten track’ Cornish coastline and its nearby villages, characters in their own right. Uncompromisingly, yet sympathetically and empathetically documented, the narrative delves deep into the consequences of social injustices caused by the current trend of ‘second home’ culture, which has all but destroyed the rural economy and home owning potential for the indigenous residents of the local  community. As if to pour scorn on an already smouldering cauldron, severe storms causing coastal erosion and cliff landslips threaten Melody’s home and indeed her very life, although the purging and reshaping of the landscape acts as a catalyst for her reawakening and the small steps forward she must take, if she is to escape the long shadows caused by her mother’s ill health.

All the many reasons for which I read, were thrown out of the window, with the exception of ’emotion’, which oozed from the pages in copious quantities, threatening to overwhelm me at any moment. Reading this book definitely took me on a unique, personal and definitely not always comfortable journey, so I urge you to check out The Lip for yourself and see where your journey leads you!